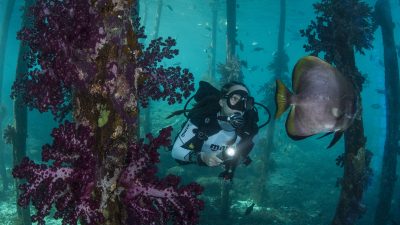 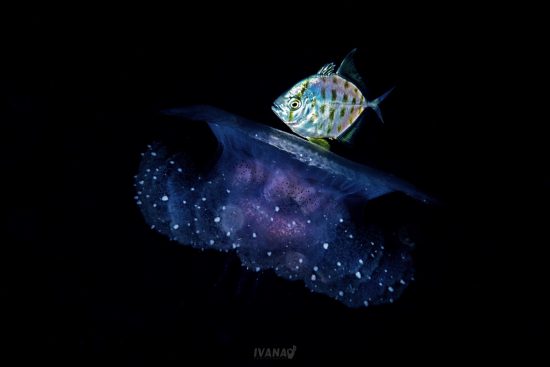 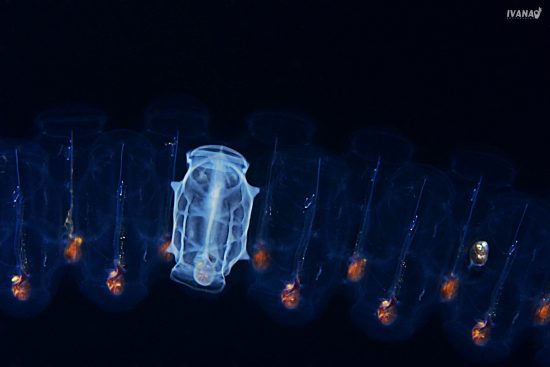 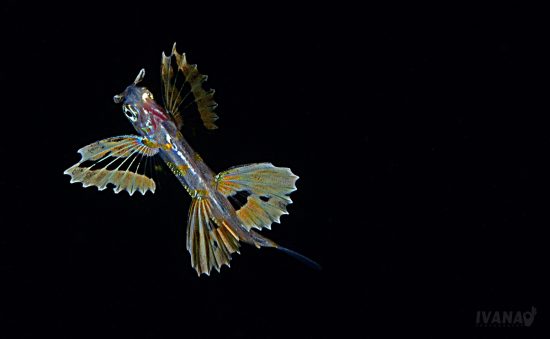 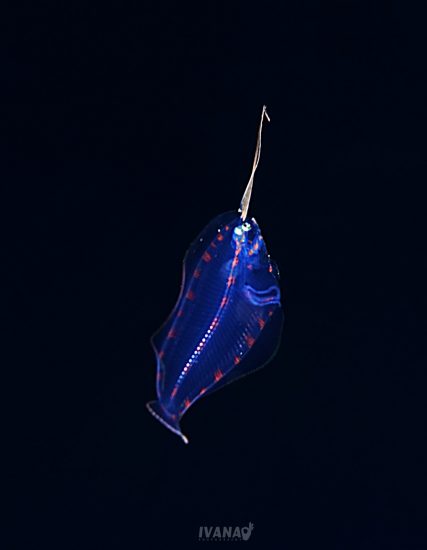 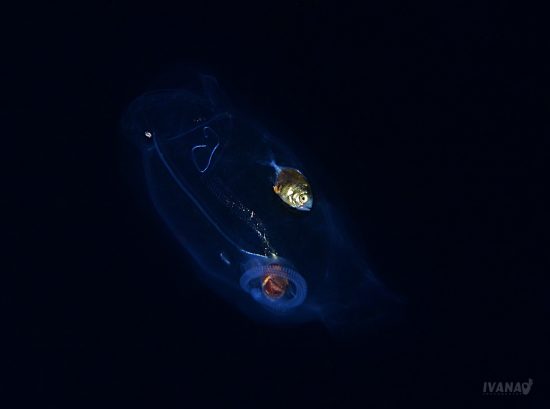 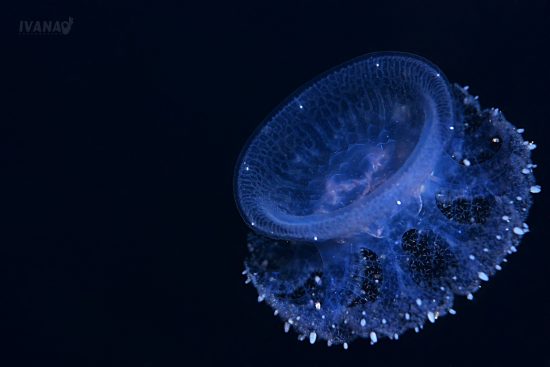 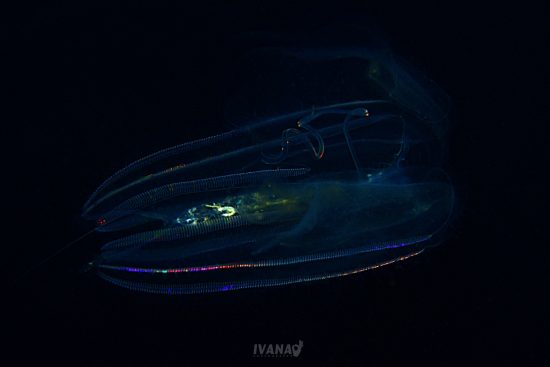 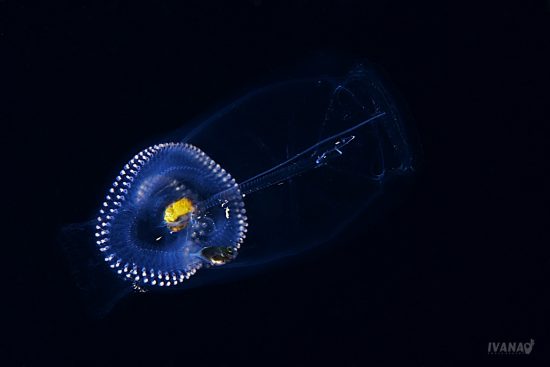 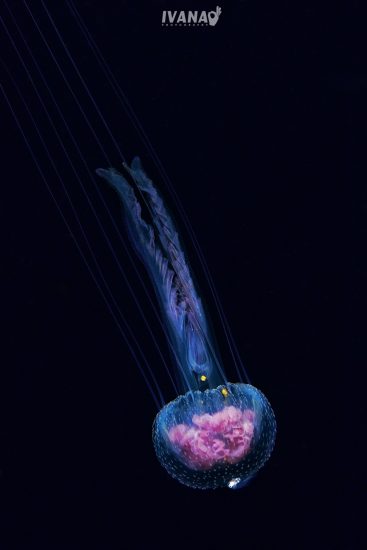 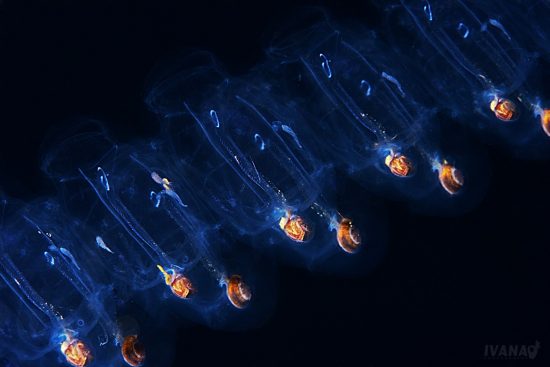 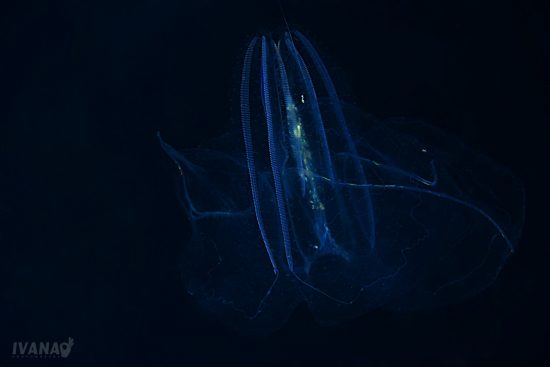 To most divers, a night dive is their favourite kind of dive. Everything becomes pacified at night. The lamps we use on night dives highlight the true colours of the surroundings, so we get the real picture of the reef and its inhabitants. Sounds great, well that’s just a regular night dive…

Nevertheless, there is a bit of a different night dive…

During my latest trip to Indonesia, organised by the Ocean Geographic Explorer, I indulged in night dives every evening. One was different from the rest though, and I will remember it for a very long time.

If you want to see some diverse, glorious creatures which look like they came out of the novel “Twenty Thousand Leagues Under the Sea”, then you’ll have to let yourself venture away from the reef. Everything is different about this kind of night dive.

We set up the equipment and took the speedboats out to the open sea. We dropped a line down. At its end were weights and lamps which attracted diverse creatures to those usually seen.

We were drifting about, carried by the current, no anchoring. The depth below us was unknown and all around us was only darkness to be seen. We waited for half
an hour before diving into the water. The excitement grew minute by minute, although it was unusually quiet on the boat. I dived into my thoughts as well and reminded myself why I love diving so much: it was because of dives like this, where you can learn and live through so much, and very few people have this kind of privilege.

Each diver had their own dive leader, and a non-floating metal rope was hooked up to the main vertical line. This set-up created separation between the team of divers so that everyone could have enough space for photographs, some of us were at a depth of 5 meters, some were at 10 meters.

When the dive began, it all looked like a scene from a sci-fi movie. Flashes and lamp lights everywhere! We suddenly found ourselves in that ungraspable vastness, surrounded by micro-creatures which the current moved towards our camera lenses. With various shapes and colours, these microorganisms resembled aliens from outer space. The abundance of jellyfish, ctenophores - comb jellies and salps was unbelievable. Iridescent, majestic and simply beautiful.  Juvenile fish larvae which look entirely different to their adult forms, hiding inside chains and formations of salps and other micro creatures.

Those 60 minutes flew by in a moment, and I craved for more time, I did not want it to end. Sea inhabitants such as dolphins, sea turtles, whales, octopuses, moray eels etc. are recognised by all of us, but we are barely aware of an entire micro-cosmos down there, waiting to be discovered. I will most definitely return here again to unravel it.

ปั๊มไลค์ on May 30th 2020
Like!! Thank you for publishing this awesome article.

Ivana OK on Jan 26th 2018
Thank you Stefan, I agree that despite spending significant amount of time at the sea bottom, there are always some new species that we can meet and learn about.

Stefan Michl on Jan 25th 2018
What a great blog about marine life we never pay attention to... 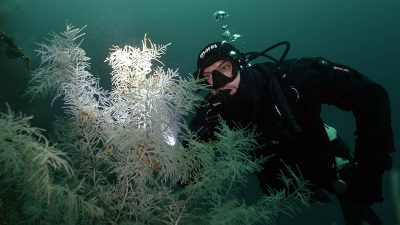