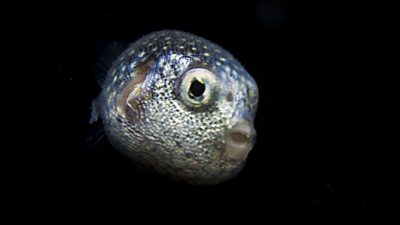 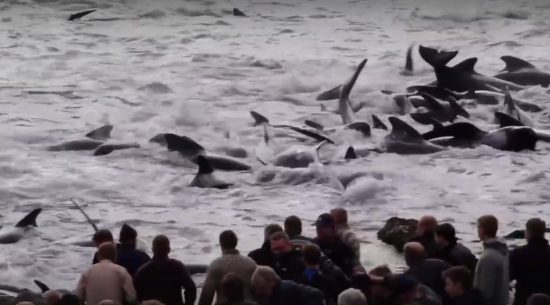 Grindalógin: The catching of pilot whales at Faroe Islands.

Both AIDA Cruises and Hapag-Lloyd Cruises have suspended their trips to
the Faroe Islands in response to the new law which stipulate that all
whale sightings have to be reported to the authorities.

In a press release dated July 1st, and published in The Arctic Journal,
the Government of the Faroe Islands highlights a provision regarding
the requirement to notify the authorities when pilot whales are
located, so that the authorities can decide to either grant or deny
permission for the annual hunt of pilot whales.

This specific ruling appears to target activists or conservationists
who either passively or actively oppose the hunt. To date, the first
victims of this new law are five Sea Shepherd activists, as well as Sea
Shepherd itself.

The five activists have been charged with disrupting the hunt on July
23rd; the hunt had resulted in the slaughter of 250 pilot whales on the
beaches of  Bøur and Tórshavn. The penalties imposed were either fines
ranging from 670 to 4,790 Euros, or a 20-day imprisonment.

As for the Sea Shepherd organisation, it was charged with inciting
disturbances and suffered a 10,500 Euro fine. The authorities also
seized a tender boat that carried activists.

To date, cruise operators AIDA and Hapag-Lloyd have boycotted the Faroe
Islands until further notice, in response to the new law which
necessitates people to report whale sightings (as this would affect the
tourists on board their ships.

Another cruise operator, TUI Cruises, continues to offer trips to the
Faroe Islands, as they felt that a boycott was not the solution. In
response, Whale and Dolphin Protection Forum (WDSF) Founder and CEO
Jürgen Ortmüller described the decision of AIDA and Hapag-Lloyd as
exemplary; and the statement by TUI Cuises as an indictment. As for TUI
Cruises, the WDSF called for a boycott of the company.

Referring to cruise companies that continue to travel to the Faroe
Islands, Rosie Kunneke, the Sea Shepherd's land crew leader there,
said, “We are hoping that the world gets to know about the hunt and
that customers demand that these companies do not come here anymore.” 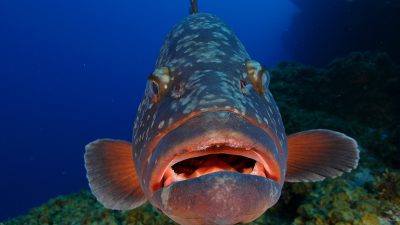