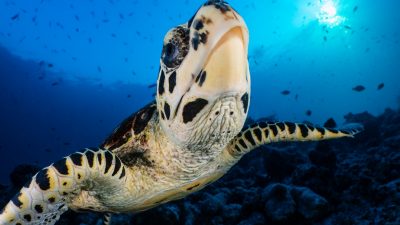 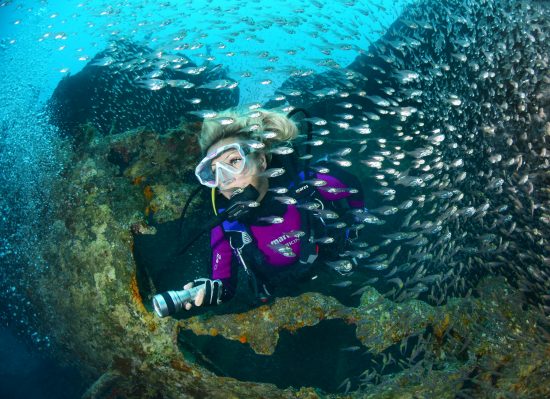 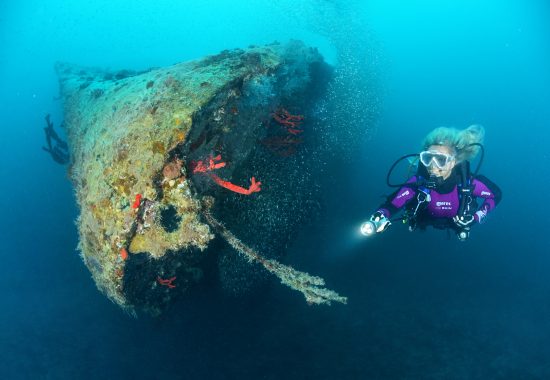 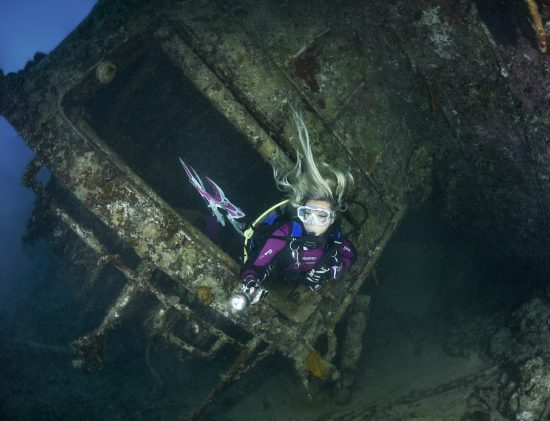 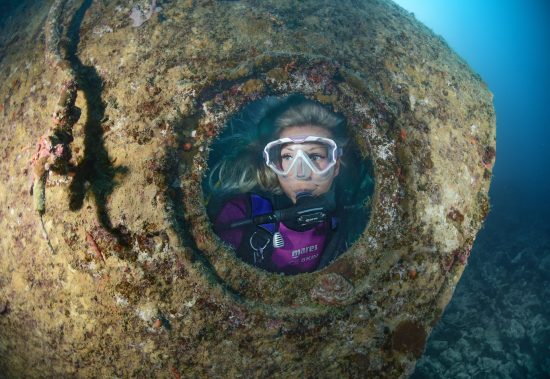 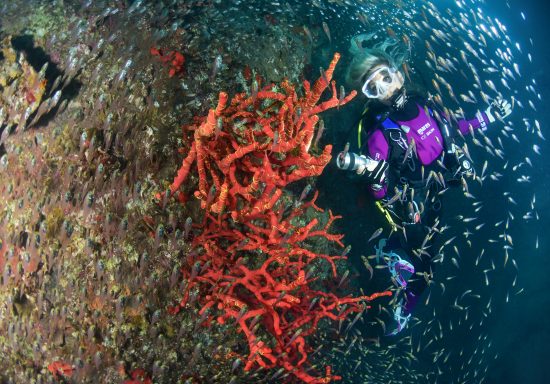 Egypt is a country where diving is one of the most popular tourist activities, and Hurghada is currently the most visited city for fans of the underwater world. The main attractions in this area are coral reefs, but there are also a few wrecks. One of them is El Mina, which attracts many different kinds of divers.

The ship, a minesweeper for the Egyptian Navy, was built in Russia during the Soviet era, in the late 1950s. It is a T-43 class ship and the Egyptians had seven of them. It was 58 meters long and 8.5 meters wide, powered by a 2200hp diesel engine that could reach a top speed of 14 knots. The range of the ship, at a speed of 10 knots, was 3800 nautical miles. It was served by 65 crew members and its weapons consisted of four cannons, two machine guns and 32 mines.

The Egyptian-Israeli conflict, the so-called "War of Attrition", lasted from 1968 to 1970. It was characterized by Egyptian artillery attacks in the Suez Canal zone and Israeli air strikes. Just before the end of the war, on February 6, 1970, six Israeli planes flew from the east to the Hurghada region. The target of the attack was a military airport. Flying low above the sea, El Mina, anchored in front of the port of Hurghada, was spotted. The ship was recognized as a potential threat, so two Israeli planes were ordered to act. The first rocket to hit El Mino was the fatal one. In the explosion, the ship lost its mast and one turret with cannons. Almost immediately it rolled onto one side, floating on the surface of the sea. The planes then machine-gunned the already seriously damaged ship, sealing its fate, and El Mina disappeared quickly beneath the surface.

El Mina sank to a rocky bottom, at a maximum depth of 32 meters. It lies on its left side with clearly visible damage on the bow due to the rocket's impact. A buoy with a thick rope is tied to the wreck where a diving boat can be secured. Strong currents are possible on the surface, so experienced dive organizers from the Blue Boat Diving Center often tie a stern rope to the buoy, allowing divers to descend more easily.

Visibility is lower for the first ten meters (for the Red Sea), but after that it becomes clearer. The rope leads to the stern of the ship, or more precisely to the propeller. It is best to start exploring the wreck from there.

The most attractive part is the deck where there is still a lot of equipment. Cannons can be seen, but in a rather calcified state. There are many openings in the ship, but penetration is only allowed in the bow.

El Mina has blended into the underwater environment, becoming a part of the sea bed. It is a sort of artificial reef. Many sea inhabitants have found an ideal habitat on it, however, the strongest impression is made by the schools of Glassfish circling the wreck, creating a phenomenal underwater scene.

El Mina is a very popular dive site in the waters of Hurghada. The reason for this is its easy accessibility, proximity, solid visibility and suitability for all diving categories. For those who want more, this is an ideal training ground for SSI Wreck or Nitrox speciality courses.