Greenpeace reports on research on microplastics in seafood 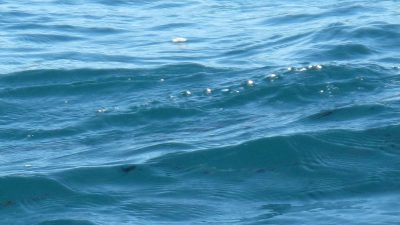 Greenpeace volunteers collecting plastic waste on the beaches of the islet Duene off Heligoland. Together with residents and visitors of Heligoland the environmentalists take part in the Green-Anna-action week, an initiative of Heligoland to reduce plasti (c) Maria Feck

Plankton sample collected by the Greenpeace ship Arctic Sunrise. Scientist Dr Otello Giovanardi of the Central Institute for Marine Research (ICRAM), Italy, is carrying out a plankton survey in the central Mediterranean Sea aboard the Arctic Sunrise. (c) Gavin Parsons

Microplastics can accumulate in the food chain

“In the environment, microplastics act like a foreign body with toxins.
It contains contaminants like softening agents, plasticiers and flame
retardants. At the same time, the particles pick up pollutants from the
environment. There is a risk that microplastics can accumulate in the
food chain,

This assumption is based on a new Greenpeace report that contain
results from recent field and laboratory studies about the intake,
concentration and effects of microplastics and associated pollutants in
the environment.

Scientists have long proven the existence of microplastics in the food
chain; not only in zooplankton, but also in commercial fish species
like tuna, cod, mackerel, mussels and brown shrimp. The presence of
microplastics can lead to negative effects that are both physical and
chemical [biological], for example, they can cause inflammation in the
intestinal tract or affect the digestion or reproductive behaviour.

"So
far, there has been no evidence that the plastic particles can also
enter body tissues. However, caution should exercised when consuming
mussels or prawns,

Banning the manufacture of microplastics for industrial use


A Greenpeace expert said that the research on microplastics is still in
its infancy, especially with regards to the possible consequences for
human health and the environment.

The independent environmental
organisation calls on politicians to minimise the risk to people and
the environment by choosing to err on the side of caution: “As a first
simple step, the German Environment Minister Barbara Hendricks should
follow Britain’s example and prohibit microplastics in consumer goods
that enter in the wastewater every day, particularly with regards to
cosmetics, and washing and cleaning agents.
”

In scrubs, shampoos and scouring items, small plastic spheres are used
as abrasive or binding agents. So far, the industry has eluded the
implementation of a legal standard by having individual phase-out
plans.

This summer, Greenpeace had interviewed the world’s 30 largest
cosmetics manufacturers on their quality and level of the voluntary
commitment. None of them met Greenpeace's criteria.

Microplastics have a diameter or length of less than five millimetres.
They are created either as larger pieces of plastic break down into
smaller pieces due to exposure to the elements, or as part of a
manufacturing process. They can pass undetected through sewage
treatment plants.

Every year, up to 13 million tons of plastic waste
end up in the oceans, where they progressively break down into smaller
particles. Although there is no reliable data about the precise amount
of microplastics currently in the oceans, their presence in remote
areas like the Arctic and Antarctic means that the scourge of
microplastic is indeed widespread.

ปั้มไลค์ on May 23rd 2020
Like!! Really appreciate you sharing this blog post.Really thank you! Keep writing. 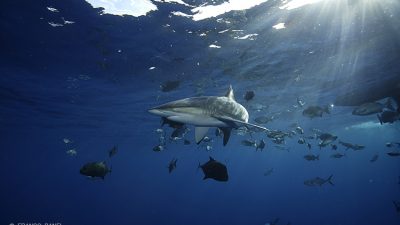