Mesmerising creatures of the sea, yet so vicious – Misadventures with comb jellies 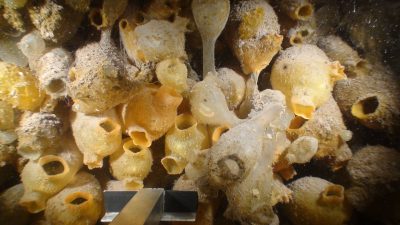 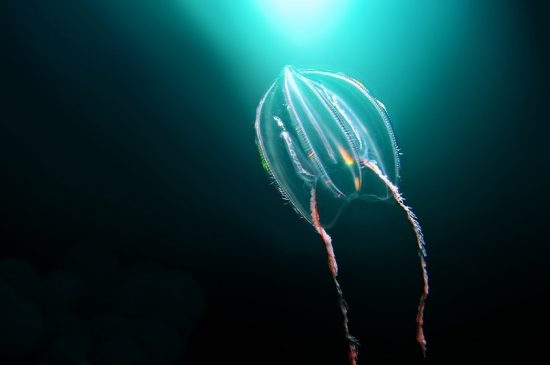 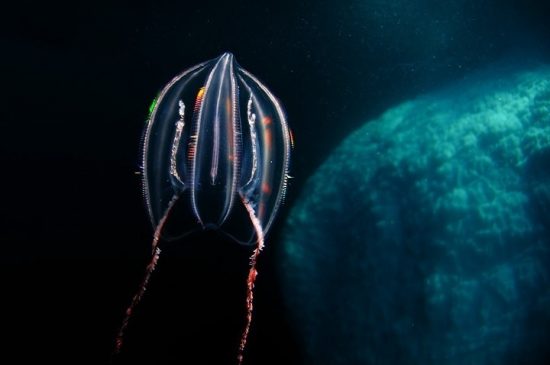 Looking
through the mask, it appears as if an alien lifeform is trying to communicate
with the divers, flashing its light signals from eight rows of eyelashes.
Indeed, an encounter with a comb jelly (also called a ctenophore) is an
unforgettable one, though the species has caused problems in the past.

Although comb jellies behave delicately, they are
decisive predators when on the hunt for small organisms like plankton.
Alternatively, they may decide to catch a small fish, worm or larva. In such
cases, the prey is swallowed directly or captured by the
tentacles, which have special adhesive cells called colloblasts
that hold on to the prey. Once consumed, the prey is then
digested by enzymes in the stomach.

There are more than 100 species of
ctenophores in a wide range of sizes (up
to 1 metre) and forms. Some colonise the seabed, like the subspecies Tentaculata (found in
the western Pacific and resemble an anemone).

In
the early 1900s, the first comb jelly (Mnemiopsis leidy) made its first appearance in the Black Sea, after
probably as stowaways in the ballast tanks of a ship from America. At first,
the comb jelly invasion was unnoticed, so they were allowed to flourish without
any control. It had the ability to double its weight within 24 hours; hence, by
1990, the total biomass of these animals in the Black Sea had increased to
about one million tons.

Other estimates put the biomass
at one billion tonnes. The effects of this invasion was dramatic. Having up to 240 jellyfish per cubic metre of
water had major effects on the ecosystem and fisheries. The jellyfish clogged
up the fishing nets and ate anchovy larvae. As a result, within a decade, the
anchovy stocks plummeted, with the catches dropping to below ten percent. The
fishermen in the Black Sea were in dire straits.

In
the 1990s, relief came in the form of another comb jelly that had possibly arrived
in those parts as a stowaway. The Beroe ovata attacked the first invader and reduced its population dramatically.
This allowed the anchovy stocks to recover. Since then, there have been two new types of comb jellies living in a delicate
balance in the Black Sea — with yet unknown consequences.

This situation
is comparable to what had taken place in the Caspian Sea when the comb jelly
had been probably introduced via the Volga-Don Canal.
Perhaps the Baltic could flourish again in the coming years with the help of
the introduced species from North Atlantic. 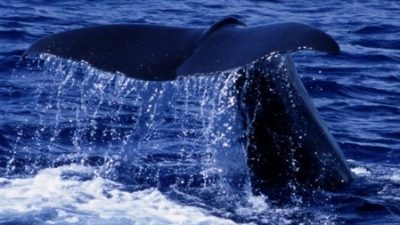