New insights into the changes of the Nordic Seas during interglacials 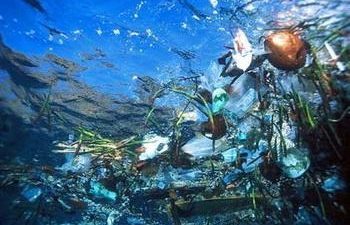 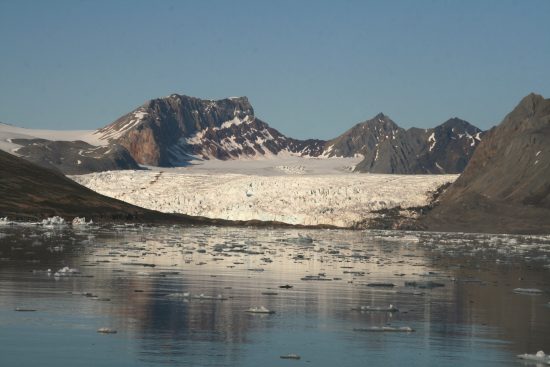 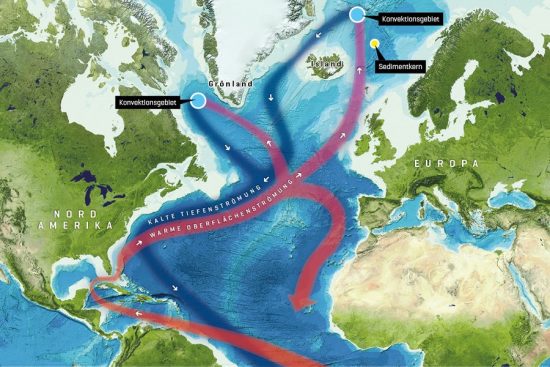 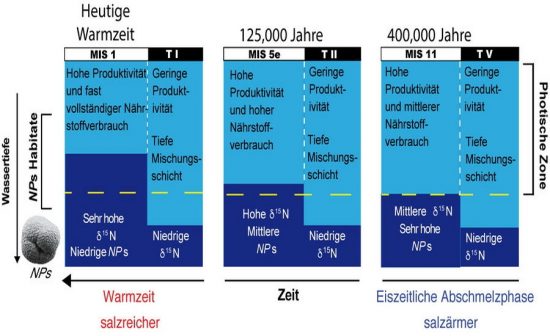 Schematic representation of the development of the surface water during three different warm periods (MIS 1, 5e, 11). Depending on the duration and intensity of the meltdown phases (TI, II, V) of the previous ice ages, differing thicknesses of the surface water layer came about, which in turn led to the availability of both nutrients (nitrogen isotope) and bioproductivity as well as temperature and salt content (rel. Frequency of the planktic foraminifers N pachyderma – Nps). Graphics: © GEOMAR 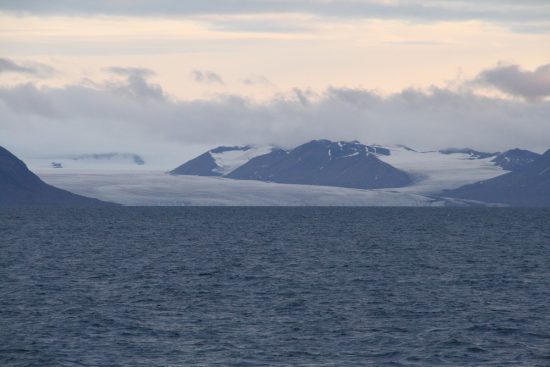 The characteristics of the water masses in the Nordic Seas are expected
to change due to the Earth's higher temperatures and melting glaciers.


To find out more about the effects of these changes, scientists turn to
similar periods in the past.

Two recent studies show that the water
properties in the Nordic Sea had varied considerably during the
different interglacials.


Whether in Norway, Iceland or Greenland: the glaciers are melting in
the North Atlantic and European Nordic Seas, releasing large quantities
of freshwater.

Every year, the summer ice cover of the Arctic shrinks
as well, and this also affects the amount of freshwater in the northern
sea between Iceland and Spitsbergen.

In this region, dense, salty water
from the Atlantic sinks into the depths of the sea and flows southwards
whilst near the seafloor. Among other things, this recirculation drives
the Gulf Stream and its branches, and is essential for the European
thermal balance.

The presence of more freshwater in the seas may also
affect the currents.

Completed warm spells are
considered good models for the warming-up season we are currently in.


Two new studies – one by GEOMAR Helmholtz Center for Ocean Research
Kiel, the Alfred Wegener Institute Helmholtz Center for Polar and
Marine Research (AWI) in Bremerhaven and the Hong Kong University, with
the support of the Royal Netherlands Institute for Sea Research (NIOZ),
Utrecht University (The Netherlands) and the University of Victoria
(Canada) – now show independently that the state of the Nordic Seas
differs significantly during different interglacials. At the same time,
they provide fresh insights into these important processes at different
warm periods of Earth's history.

One of the studies, published in the scientific journal Geophysical
Research Letters, attempted to reconstruct the surface salinity in the
Greenland Sea and the European North Sea during a warm period around
400,000 years ago. For this purpose, the researchers used sediment
cores extracted from the seabed south of Spitzbergen.

The new data shows that the ocean surface in the central Nordic Seas
was substantially colder 400,000 years ago. In addition, the layers
near the surface were very low in salt, probably due to the continuous
melting of the Greenland ice sheet and freshwater input from the
Arctic. These processes led to the formation of a thicker, low-salt
layer at the surface, which pushed the Atlantic surface water flowing
in from the south to greater depths.

In the second study, published in the journal Earth and Planetary
Science Letters, a research team led by Dr Benoit Thibodeau from the
University of Hong Kong investigated the nutrient utilisation in the
surface waters of the Greenland Sea and Norwegian Sea during three
interglacial periods between 400,000 years ago and the present.

“The
major changes of nitrate utilisation recorded here thus suggest that a
thicker mixed-layer prevailed during past interglacials, probably
related to longer freshwater input associated with the preceding
glacial termination,

Although the two studies were independent of each other and used
different research methods, the results obtained were quite similar,
indicating that the thickness of the surface layer directly controlled
the depth flow of the Atlantic water layer on its way to the Arctic
Ocean, said co-author and paleo-oceanographer Dr Henning Bauch, from
GEOMAR and AWI.


“The results not only call for caution when using older interglacials
as modern or near-future climate analogues, our findings also help to
better understand the effect of freshwater input on climate-sensitive
ocean circulation sites like those in the Nordic Seas, 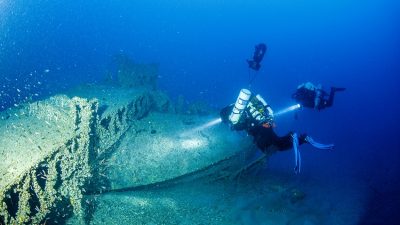