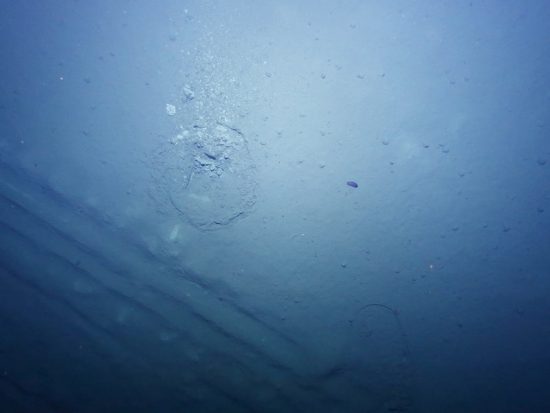 One of the several 100,000 photos of the seafloor, taken by the AUV ABYSS. The plough marks from 1989 can be seen alongside the tracks of a subsequent sampling in the centre (c) AUV Abyss, GEOMAR 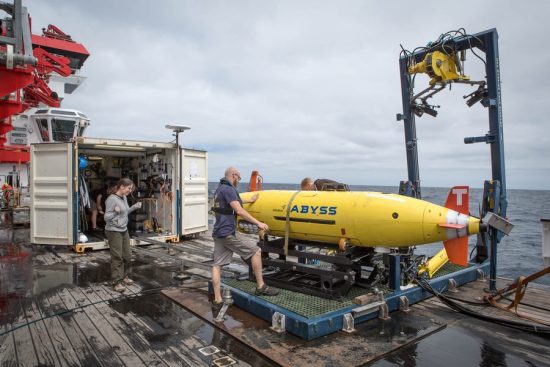 Preparing the AUV ABYSS for a dive. During the expedition, the unit has delivered accurate maps and photos taken at more than 4,000 metres depth (c) B.Barenbrock, GEOMAR 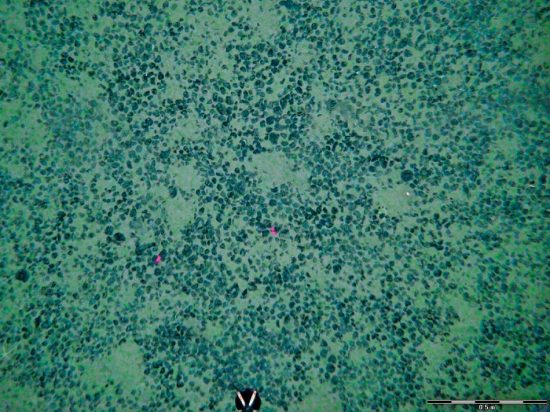 Scientists return to ploughed seafloor to assess condition of terrain

Imagine gigantic unmanned crawler vehicles moving along pre-programmed
paths on the seafloor in search of polymetallic modules — This is the
future of deep-sea mining.

As intriguing as this image may be — and before such scenarios become
commonplace — we need to first anticipate how mining activities would
affect the ecosystem of the seafloor, and how long would it take for
the terrain to heal itself.

These were some of the questions addressed by "JPIOceans – Ecological
Aspects of Deep-Sea Mining", the joint European research project that
brought together scientists from Germany, Portugal, the United Kingdom,
Belgium and the Netherlands to the eastern equatorial Pacific.
Congregating on board the German research vessel SONNE, they created
one of the largest high-resolution photo mosaics of the ocean floor,
using the autonomous underwater vehicle AUV ABYSS.

Part of the 4,000m deep Peru Basin, this particular portion of the
seafloor was special. This was where in 1989, German scientists
ploughed about 2.5 square kilometres of where manganese nodules emerged
on the ocean floor. It was part of the DISturbance and re-COLonization
experiment (DISCOL), which sought to study the long-term impact of such
activities in the deep sea and how quickly the affected ground would be
repopulated.

The scientists then returned to the site in 1992 and 1996 to monitor the ploughed seafloor. And, most recently, in August 2015.

"Fortunately, the deep-sea technology has improved a lot since the
1990s," said cruise chief scientist Professor Dr Jens Greinert of the
GEOMAR Helmholtz Centre for Ocean Research Kiel. As a result, the
scientists were able to utilise new technologies that were not
available for the previous expeditions.

On the 2015 expedition, the scientists used autonomous underwater
vehicles like the AUV ABYSS, which could follow pre-programmed courses
for more than 20 hours, mapping the seabed with multibeam echosounders
and side-scan sonars. Several thousands of photos had been taken by the
AUV ABYSS a few metres away, using a newly developed lighting
technology. These were the photos that made up the photo mosaic of the
seafloor in unprecedented high-resolution clarity.
The AUV also allowed the scientists to maximise their time. While it
worked autonomously underwater, the research vessel was able to take
samples at another location.

Now, armed with the newly collected data, maps, photos and samples, the
scientists are back in the labs to conduct their analysis. The plough
tracks from 1989 were still visible and the region had not yet been
colonised. However, the images captured shows that several decimetres
from the plough tracks, normal deepsea life exists.

"This expedition proved that the deep sea is not an area that is beyond
monitoring. Mining activities can be monitored efficiently, the
technology is already available," said Professor Greinert. 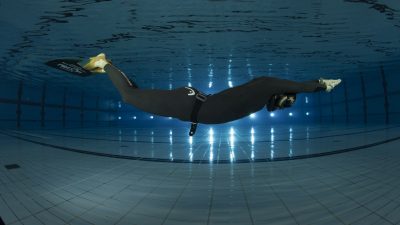