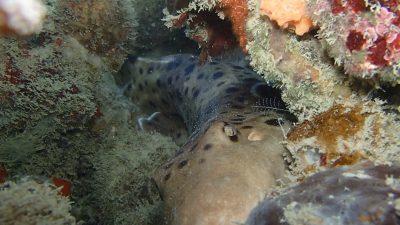 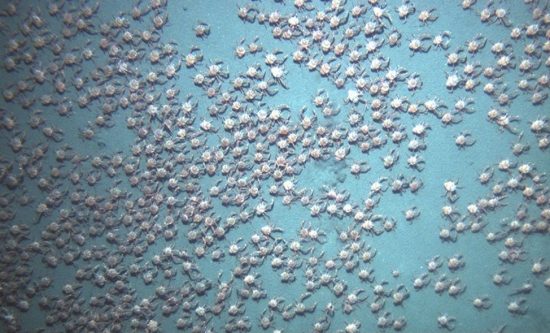 As we slowly moved down to the bottom of the seafloor, all of the sudden we saw these things. At first we thought they were biogenic rocks or structures. Once we saw them moving – swarming like insects – we couldn't believe it. (c) Screenshot Video 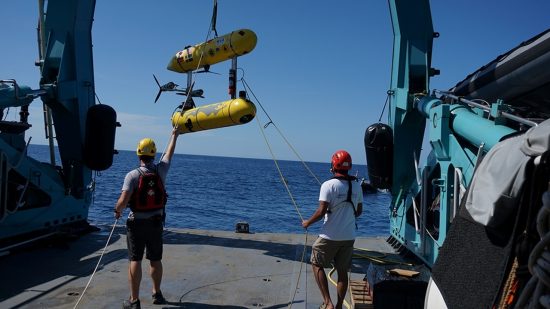 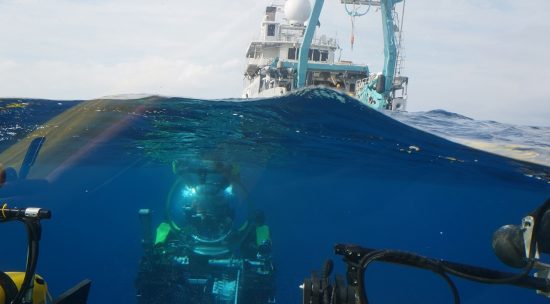 A front-row view as deep-submergence vehicles Rover 2 (pictured) and Nadir descended from the M/V Alucia on one of the dives to Hannibal Seamount in the Panamanian Pacific. (c) Jesús Pineda, Woods Hole Oceanographic Institution 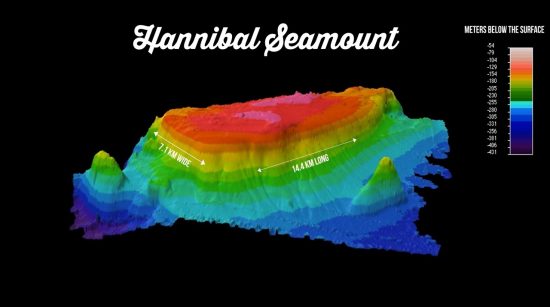 The Hannibal Bank Seamount is located 20 kilometers (12.42 miles) west of Coiba Island, Panama. The focus of the April 2015 expedition was to learn more about both the biological and physical processes that make the seamount such a rich ecosystem. (c) Ocean Media Institute

Off the
Pacific coast of Panama, researchers studying biodiversity at the Hannibal Bank
Seamount got more than they bargained for. From within the Deep Rover 2
submersible, moving through the oxygen-poor waters, they came across the
astounding spectacle of thousands of deep-sea red crabs swarming on the
seafloor.

Jesús
Pineda, a biologist at Woods Hole Oceanographic Institution and chief scientist
of the expedition, described the experience as unexpected and mesmerising.
Travelling on board the M/V Alucia, he and his fellow researchers had
been on an expedition to study the biological and physical processes of the
seamount in April 2015 when they stumbled upon the swarming red crabs.

“When we dove down in the submarine,
we noticed the water became murkier as we got closer to the bottom,” said Pineda.

Describing
it as a turbid layer, he said that one could not see anything beyond it, and
they did not know what was causing it. He continued: “As we slowly moved down to the bottom of the seafloor, all of the sudden
we saw these things. At first we thought they were biogenic rocks or
structures. Once we saw them moving – swarming like
insects – we couldn't believe it.”

The
researchers recently published their findings in the journal peerj.
Through DNA sequencing, the red crabs were identified as Pleuroncodes
planipes. They are usually found off the western coast of Baja California,
Gulf of California, and the California Current. The location where they had
been sighted was a new southernmost range of distribution for this species.

“To find a species at the extreme of
their range and to be so abundant is very unusual,” said Pineda, lead author of the paper.

This
aggregation of red crabs had taken place in an oxygen-deficient region along
the northwestern flank of the Hannibal Bank Seamount at depths of 355 to 385
metres. “These crabs have been detected
before in similar low oxygen conditions," said Pineda, suggesting that
such low-oxygen waters might serve as a refuge for them from predators.” 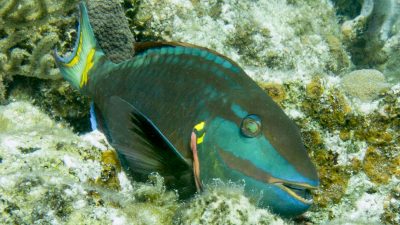