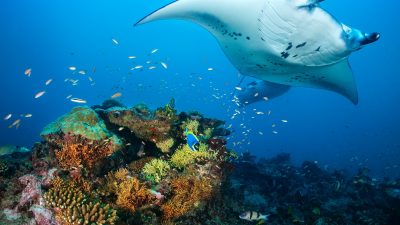 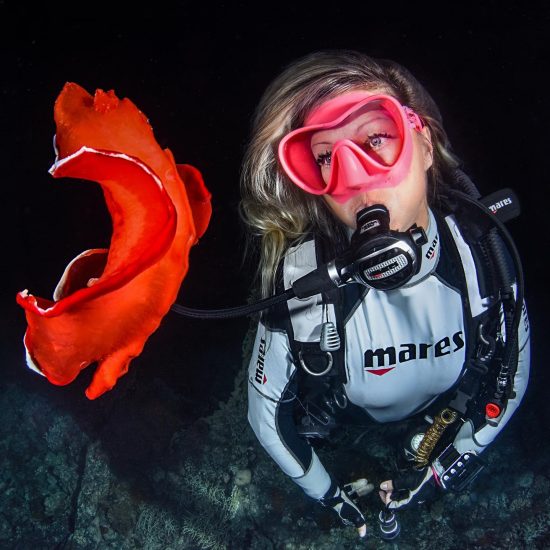 Hexabranchus sanguineus, commonly known as the Spanish dancer, is a colorful marine mollusc belonging to the Gastropoda (Snails and Slugs) class and Nudibranchia (Nudibranchs) order.

Spanish dancers can be found throughout the tropical Indo-West Pacific. The most common form found is yellow or orange, but if you encounter them in the Red Sea, you will be surprised to see them honoring the sea’s name, with their bright red coloring.

Nudibranchs are usually found crawling on top of coral reefs, or on the sea bottom, but the Spanish dancer has a unique ability among sea slugs, it can swim using brisk movements of its mantle composed of external gills. When threatened, it abruptly swims away, with the wide edges of its mantle swirling, closely resembling the movement of the bright red dresses of flamenco dancers, earning it its common name.

The Spanish dancer is one of the biggest sea slugs and it can grow to be up to 60 centimeters (roughly 24 inches) long. However, these are extreme examples, and most of the individuals you can encounter are half the size, 20-30 centimeters.

Bright coloration in animals is usually a warning sign for predators. If an animal has strong, bright colors, it is usually trying to send you a message that you should stay away, as they are highly toxic and dangerous. The Spanish dancer is no exception to this rule. Even though their bodies do not produce any toxins, they are able to assimilate the poisons of marine sponges and toxic jellyfish on which they prey, proving once again that the proverb “You are what you eat” is true.

The toxicity of the Spanish dancer does not seem to bother emperor shrimps (Periclimenes imperator) at all. These tiny shrimps (usually around 1 cm long) use the sea slugs as underwater public transport, taking advantage of their amazing swimming abilities. You could say that they are literally living off their backs, but this symbiotic relationship is, of course, not one-sided, as they feed on parasites that latch to the Spanish dancer, paying the “transportation fees” by providing all-day cleaning services.

Spanish dancers, like most other nudibranchs, are hermaphrodites, and each individual is both male and female at the same time. This does not make their dating life easier, however, as they still need a mate in order to reproduce. They lay their pinkish eggs in very distinctive rose-like formations on the seabed. At first glance, the eggs seem to be left exposed and unprotected, as the parents do not stick around to look after them. However, the Spanish dancer has one last secret, the toxins it absorbs through their diet are deposited into their eggs, providing them with a very effective defense. 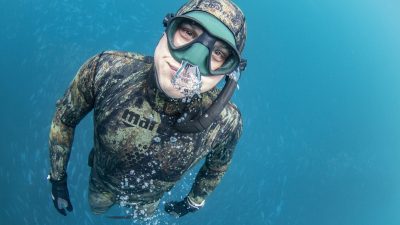 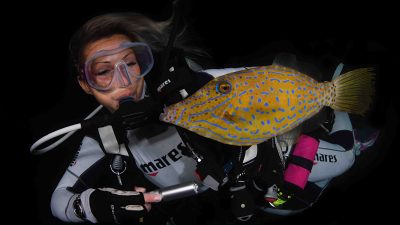