Studying the effects of coastal erosion in the Arctic 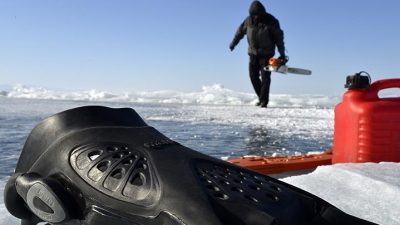 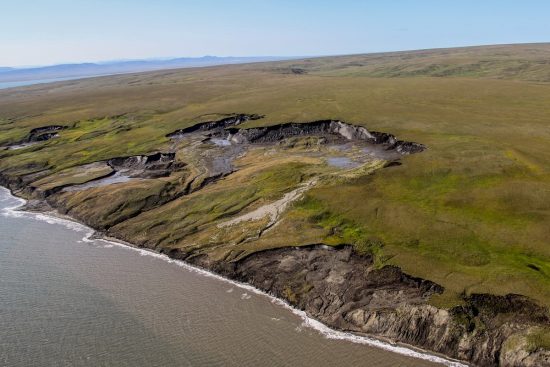 Eroding cliff line of Herschel Island, Yukon Canada. Sun, Wind and waves gnaw at the cliffs of Herschel Island. Wherever the ice in the soil thaws, mudslides wash massive quantities of sod, humus and loose rock out to sea; up to 22 meters each year. (c) Jaroslav Obu 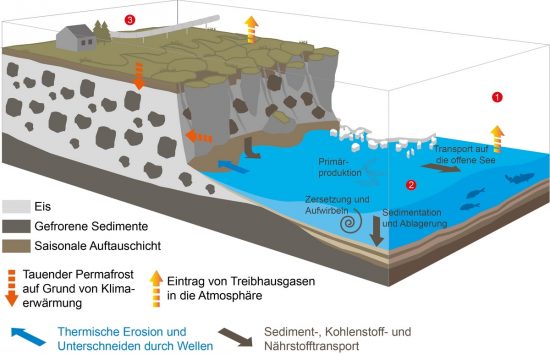 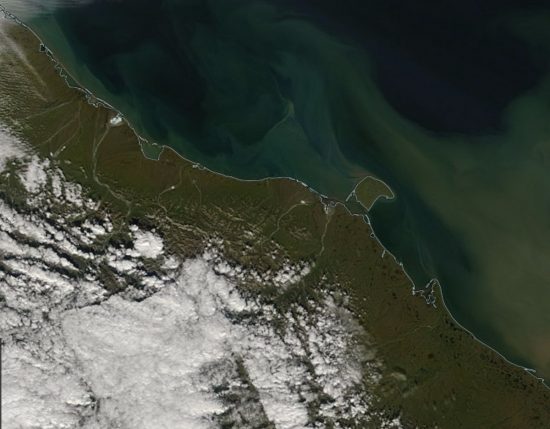 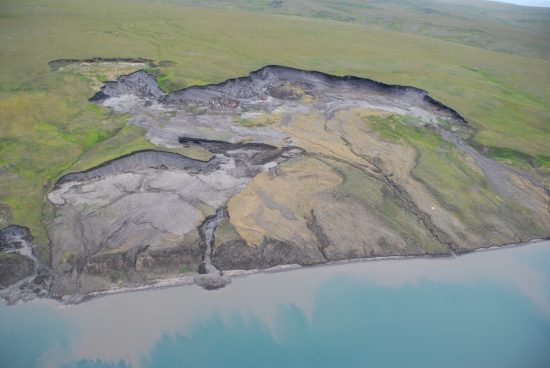 Eroding cliff line of Herschel Island, Yukon Canada. Sun, Wind and waves gnaw at the cliffs of Herschel Island. Wherever the ice in the soil thaws, mudslides wash massive quantities of sod, humus and loose rock out to sea; up to 22 meters each year. (c) Michael Krautblatter 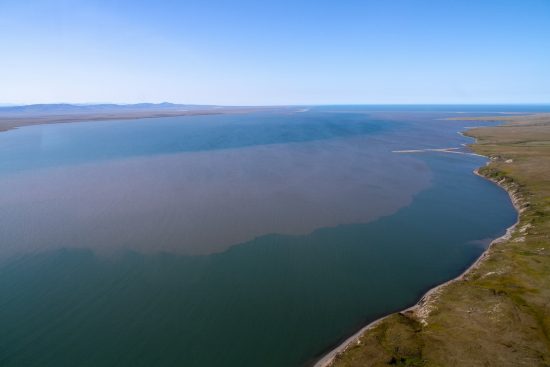 The thawing and erosion of the arctic
permafrost coasts has increased so drastically in the past that more
than 20 metres of land is consumed by the sea every year at some
locations. The earth masses that get removed in the process
increasingly blur the shallow water areas, and release nutrients and
pollutants. However, the consequences of such processes on life in the
coastal zone and on traditional fishing areas are unknown.

In a paper in the January issue of Nature Climate Change, the
scientists at the Alfred Wegener Institute, Helmholtz Center for Polar
and Marine Research (AWI) are calling for more attention to be focussed
on the ecological consequences of coastal erosion. According to them,
an interdisciplinary research programme involving policy-makers and
inhabitants of the Arctic coasts is required.

Indeed, the difference could not have been greater. During winter, when
the Beaufort Sea freezes around the Canadian permafrost island of
Herschel Island, the seawater in the sample bottles appear crystal
clear. Then, in the summer, when the ice floes are melted, and the sun
and waves wear away the cliff, the seawater sample becomes a cloudy
broth.


“Herschel Island loses up to 22
metres of coast each year. The thawed permafrost slides down into the
sea in the form of mudslides and blurs the surrounding shallow water
areas so much that the brownish-grey sediment plumes reach many
kilometres into the sea,” said AWI researcher Dr Michael Fritz.

His observations of Herschel Island can now be applied to large parts
of the Arctic. Permaforst coasts now make up 34 percent of the coasts
worldwide. Particularly in the Arctic, its soil contains a lot of
frozen water, which keep the sediments together, much like cement.
However, if the permafrost thaws, the binding effect fails, releasing
the sediments which are then washed away by waves.

In the process, greenhouse gases like methane and carbon dioxide are
released, thus leading to even more global warming. Many nutrients and
pollutants like nitrogen, phosphorous or mercury are found within the
eroded material. As these substances enter the ocean, they are further
transported, degraded or accumulated, permanently altering the food
chain.

“We can until now only guess
the implications for the food chain. To date, almost no research has
been carried out on the link between the biogeochemistry of the coastal
zone and increasing erosion, and what consequences this has on
ecosystems, on traditional fishing grounds, and thus also on the people
of the Arctic,” said Dr Fritz.

As such, he, together with Dutch permafrost expert Jorien Vonk and AWI
researcher Hugues Lantuit, is calling on the polar research community
to systematically investigate the consequences of coastal erosion for
the arctic shallow water areas.

“The
processes in the arctic coastal zone play an outstanding role for four
reasons. Firstly, the thawed organic material is decomposed by
microorganisms, producing greenhouse gases. Secondly, released
nutrients stimulate the growth of algae, which can lead to the
formation of low-oxygen zones. Thirdly, the addition of organic carbon
increases the acidification of the sea, and fourth, the sediments are
deposited on the seabed or are transported to the open ocean. This has
direct consequences for the biology of the sea,” they said. 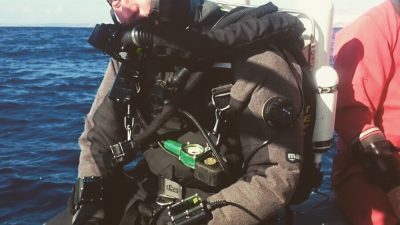