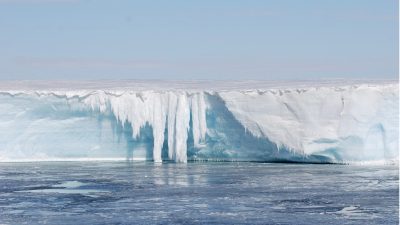 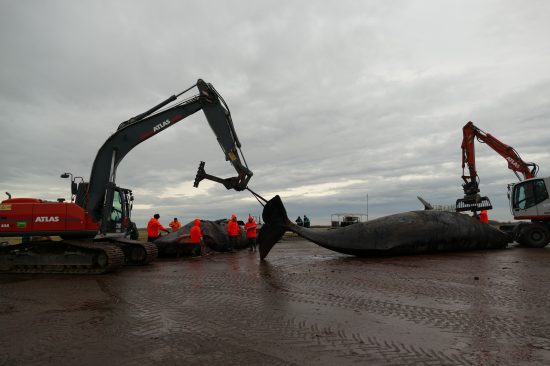 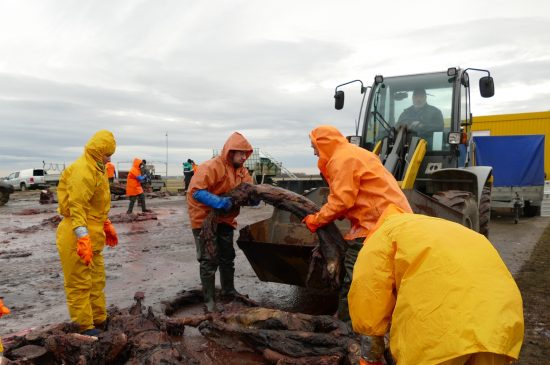 Staff from
the German Oceanographic Museum had a whale of a task last weekend, dissecting
the carcasses of three of the eight male sperm whales that had washed up in the
mudflats of a restricted area of the Wadden Sea national park in early
February.

Working
together with taxidermists and helpers from the University of Veterinary
Medicine Hannover and University of Rostock, they dissected the three carcasses
(measuring 10 to 14 metres long) from February 5th to 7th, preparing them for
the transport from Meldorf in Schleswig-Holstein to the German Oceanographic
Museum in Stralsund.

Even so,
the fleshing of the whales could only be partially carried out, as there were
still five other whales to be dissected. The restricted space at the site also
made the task all the more difficult. Nevertheless, the job was completed
swiftly with the help of the scientists and volunteers present.

During the
work, particular attention was given to the ears, to determine if there had
been any damage to these organs. They would be first be examined in Büsum and
then forwarded to the respective institutions. The scientists wanted to find
out if the whales had lost their way because of excessive noise in the ocean, a
common cause of strandings in the shallow waters of the North Sea. In fact,
Greenpeace had conducted a large-scale study on the effects of acoustic
investigations of the oil industry on whales in the Arctic.

The three
whale carcasses are expected to arrive at the museum on Wednesday, where they
would be fully fleshed out and prepared to be exhibited as part of the museum's
collection. 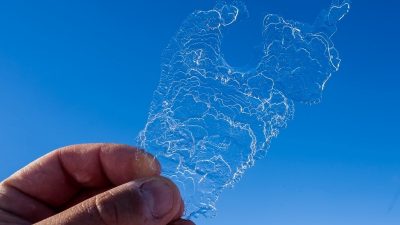