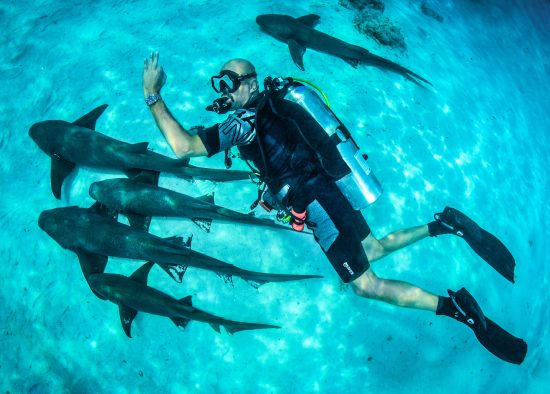 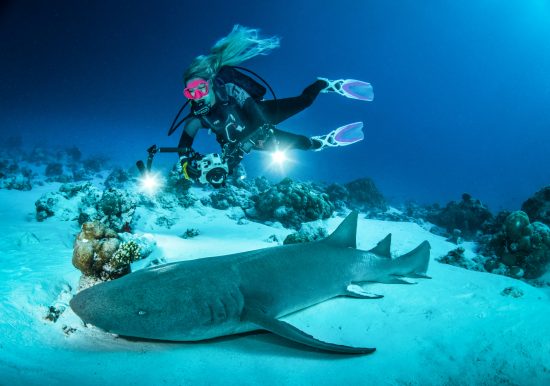 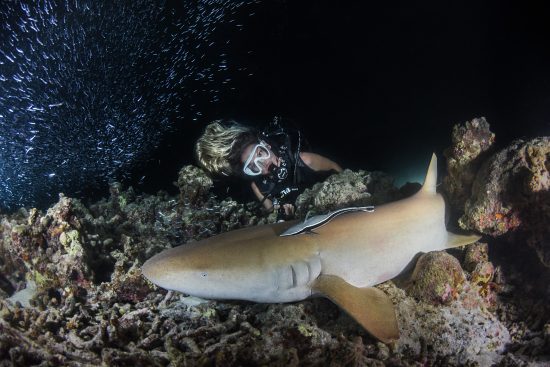 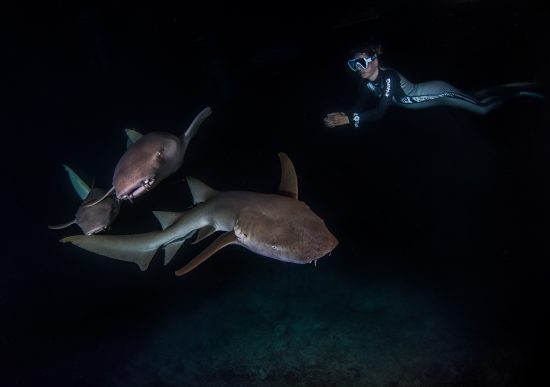 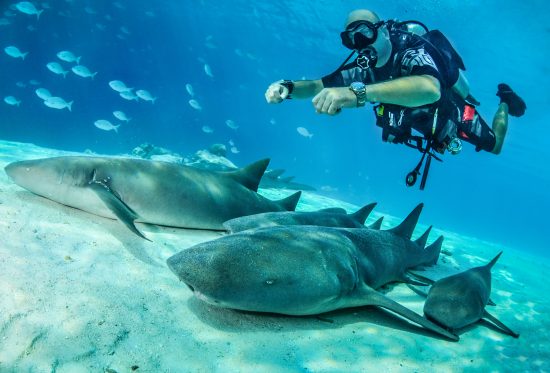 The Maldives are undoubtedly among the most beautiful dive destinations in the world. The Island of Alimatha Faru is part of the central atolls and is a top destination for diving with nurse sharks. It is not an exaggeration to say that you can see up to one hundred sharks of various species on a single dive, the reason being the optimal underwater currents and the fact that local restaurants regularly feeds them with leftovers. The sharks have learned it is a safe place for food and have stayed in this area. Eventually, they even got used to people, more specifically divers.

When you jump out of the boat, a few curious sharks often come to see what's going on. They make a few circles and proceed with their journey. They tend to come very close, as if they are testing your nerves. It is fascinating to see them swimming so elegantly and easily through the currents in which we, as scuba divers, have many problems staying in the right direction. Moreover, groups of sharks lazily sleeping on the shallow seabed are a regular sight.

Night diving here is something to remember. Hundreds of sharks swimming at 10m depth in search of little fish. When you point the lamp beam into the blue (or black, to be more exact) you can see a true wall of sharks. It goes on for hours. An endless stream of sharks disappearing in to the night.

Recently, we received some unsettling news from the Maldives. Fishermen have raised an initiative to abolish the ban on shark hunting. Luckily, the country's government has denied the proposal and the sharks will remain under protection. We hope it will stay the same in the future and that we will continue to see them on every dive in these magnificent seas.