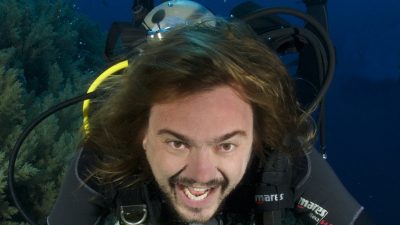 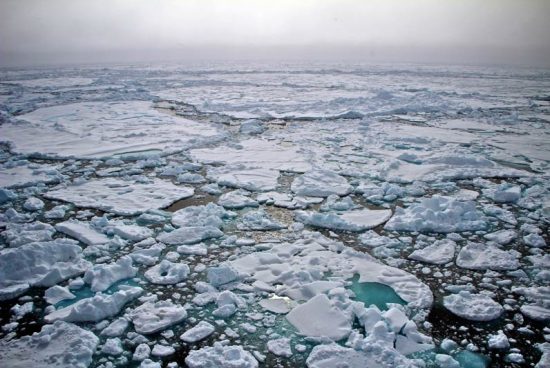 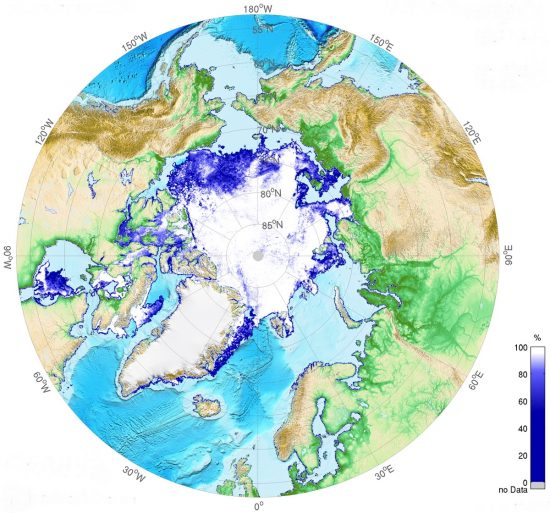 The current situation of the Arctic sea ice on 16 July 2015. (c) meereisportal.de

Over the years, climate change has reduced the amount of ice in the
Arctic Ocean. To improve the situation, five countries bordering the
Arctic Ocean has agreed to implement an official ban on commercial
fishing.

Signed in Oslo on July 16th by the US, Russia, Canada, Denmark (on
Greenland's behalf) and Norway, the agreement prohibits unregulated
commercial fishing in a 2.8 million square kilometre zone within the
Arctic Ocean.

“Climate change is affecting the migration patterns of fish stocks,”
said Norwegian Minister of Foreign Affairs Børge Brende. As early as
2012, prominent scientists have called for a ban on fishing in the
Arctic waters.

Although the central Arctic has no commercial fish stocks, fish such as
cod are expected to be drawn northwards due to the melting sea ice.
Hence, the agreement would “prevent a problem from arising ahead of
time,” said David Balton, Deputy Assistant Secretary for Oceans and
Fisheries, in the Bureau of Oceans and International Environmental and
Scientific Affairs, US Department of State.

Based on the current trends of the melting ice, the Arctic Ocean might
become ice-free during the summer months. Between 1971 and 2015, the
ice has thinned by 65 percent. In fact, the area was open water for a
brief period in the summer of 2012 when the ice shrank to a record low
of 40 percent.

For updates on the sea ice in the Arctic and Antarctica, visit
Helmholtz Centre for Polar and Marine Research at the Alfred Wegener
Institute (www.meereisportal.de).

Besides fishing, another threat to this area is the extraction of
mineral resources in the neighbouring states. Oil company Shell intends
to drill for oil in the Chukchi Sea off the Alaskan coast later this
year. If it does establish drilling operations, there would be a 75
percent possibility of the occurrence of at least one serious accident,
according to the Bureau of Ocean Energy Management, a US government
agency.

Greenpeace arctic expert Larissa Beumer is calling for a halt to oil
exploration, saying that Shell has unscrupulously put the sensitive
region at risk.

To date, Shell has already endangered the lives of thousands of whales
and seals in the Arctic. The tremendous noise generated by its seismic
testing, drilling and icebreakers disrupts the communication and
orientation of marine mammals, causing them to lose their way or avoid
their preferred feeding areas. In extreme cases, this could even lead
to mass stranding or death. 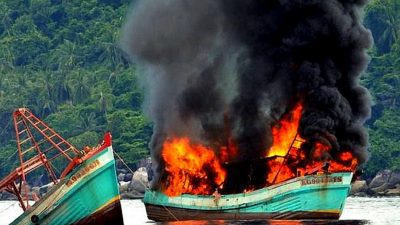