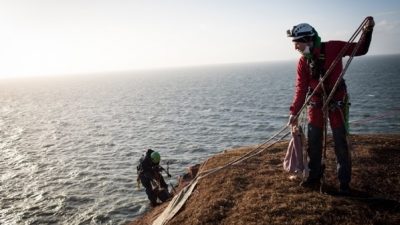 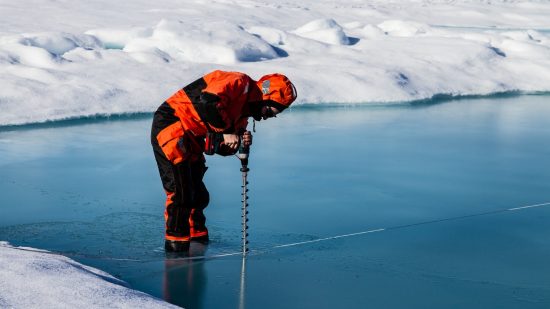 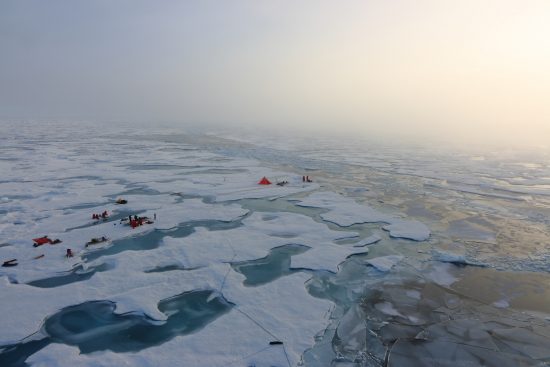 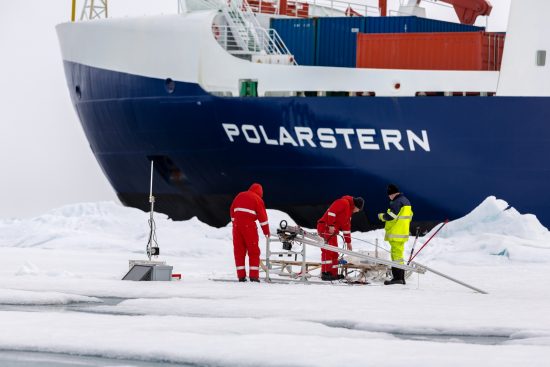 The ice-covered Arctic Ocean plays a more important role in determining the
concentration of methane in the atmosphere than previously thought. Researchers
from the Alfred Wegener Institute, Helmholtz Centre for Polar and Marine
Research (AWI) recently published their discoveries regarding about the
interactions between the atmosphere, sea ice and ocean in the Scientific Reports
section of Nature journal.

Sea ice
forms a natural cover upon the central Arctic Ocean, thereby limiting the gas
exchange between the water and the atmosphere. In recent years, the sea ice
cover during the summer has shrunk rapidly in the Arctic. “We're investigating
how the changing conditions affect the geochemical interaction between the
ocean, ice and atmosphere,” said Dr Ellen Damm, an AWI biogeochemist and first
author of the study.

“We were
able to confirm that the surface water in the central Arctic contains higher
methane concentrations than the atmosphere, which means that the Arctic Ocean
is a potential source of atmospheric methane. That makes it fundamentally
different from oceans at lower latitudes, which – except for a few sporadic sources – are considered methane sinks.”

For the study, Damm and her
colleagues from AWI, the Finnish Meteorological Institute and the University of
Bremen evaluated the geochemical and oceanographic data which had been obtained
during a 2011 expedition involving the Polarstern research vessel. They
measured the methane levels in both the sea ice and the water direct below it,
as well as in deeper seawater entirely unaffected by the ice.

“Our study
shows that there are previously overlooked feedback between ice melting and
formation, the atmosphere and the seawater influenced by ice,” said Damm. Among
other things, the researchers analysed the brine, which is highly concentrated
seawater formed during the formation of sea ice. Compared to the atmosphere, the
methane concentration in the brine is a thousand times higher. Hence, it is
possible that the sea ice is a source of methane, a greenhouse gas.

Methane in
the brine channels is released during the melting and freezing processes. Due
to the different densities of freshwater and saltwater, water is trapped in the
stable layers. This results in the methane from the brine channels being
restricted to just the uppermost layer during the summer. The stable layering
prevents the methane from being introduced into the lower depths of the Arctic
Ocean, as evidenced by the significantly lower methane concentrations in the
deeper ocean layers.

When autumn
comes and the temperatures drop, convection causes the different water layers
to be mixed. Portions of the sea ice would have melted during this time of the
year, allowing the methane to be released into the atmosphere through the
fractional ice cover. This process continues into the winter months.

The
implications of this discovery means the newly discovered (and not previously
accounted-for near-surface feedback mechanism) can cause the direct release of
methane from the sea ice and ocean into the atmosphere. In addition, the
exchange between the atmosphere and the deeper layers is reduced, limiting the
Arctic Ocean's capacity to act as a methane sink.

“The role
of sea ice in gas exchange and gas flux is much more complex than previously
assumed, and the processes at work in the Northern Ocean differ greatly from
those in lower latitudes. These aspects have to be kept in mind in future
climate models,” said Prof Ursula Schauer, AWI oceanographer and co-author of
the study.

She
added that a further question about the origins of the methane has arisen. It
is conceivable that the gas could have been produced as the sea ice drifts
through the Arctic, or become trapped in the sea ice as it moves in from other
regions.


Link to the study. 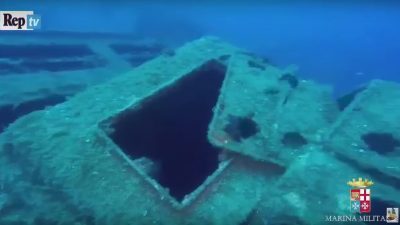