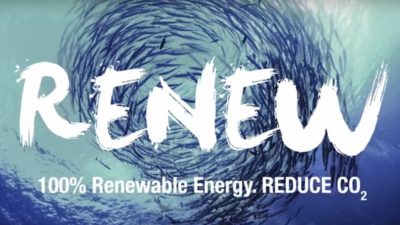 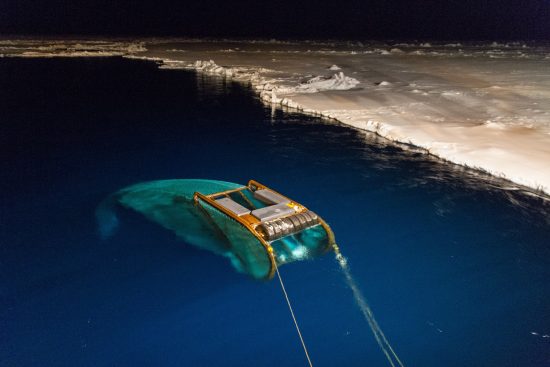 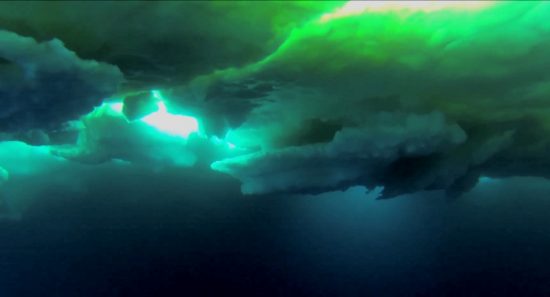 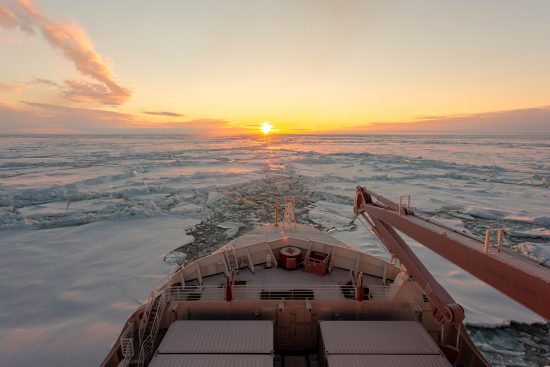 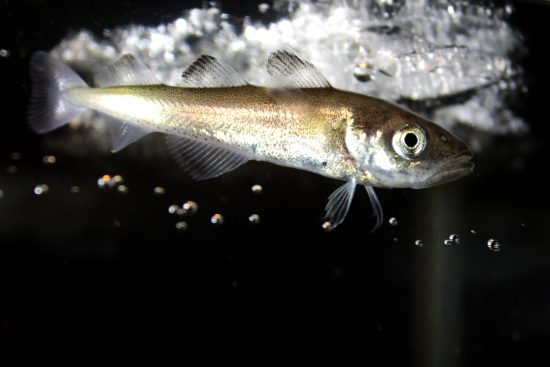 With a newly developed netting gear, marine scientists at the Alfred Wegener Institute managed to catch a large number of juvenile polar cod (Boreogadus saida; also known as Arctic cod) living under the sea ice, in a bid to find out the fish’s origins and distribution, and also to determine how climate change would affect the stocks of polar cod in the future.

This information is essential as the polar cod plays a central role in the food web in the Arctic region, being the main food source for belugas, narwhals, ringed seals and numerous bird species. Despite its key role, our knowledge about this species is still patchy; till now, we still have not ascertained the size of the population or where they originate.

A new paper published in the journal Polar Biology — written by scientists from the Alfred Wegener Institute, Helmholtz Centre for Polar and Marine Research (AWI), the University of Hamburg and the Dutch research institute IMARES — reports on new developments in this field.

"For the first time, we've been able to use a special net directly below the sea ice to catch a large number of polar cod, and therefore to estimate their prevalence over a large area. If you extrapolate these findings, there could be more than nine billion polar cod living under the ice in the Eastern Arctic. What's more, we have also collected fundamental biological and physical data," said Carmen David, a biologist at the Alfred Wegener Institute and lead author of the new study.

The data had been collected in summer 2012 during an Arctic expedition on the research icebreaker Polarstern. At 13 stations between Greenland, Svalbard and Russia, scientists used a specially developed sub-ice network for kilometres along beside the ship. The size of a car, it was constructed so that its frame can be immersed under the sea ice and be manoeuvred underneath the sea ice. It also has a ‘suit’ (Surface and Under Ice Trawl) to catch the fish, as well as a camera and various instruments to measure the ice thickness, temperature, salinity, etc.

As a result, the scientists were able to get their hands on a much larger number of cod. (Previously, the cod had to be hand-caught by divers going under the ice.) With this greater insight into the life cycle of the polar cod, they were able to determine that the polar cod population beneath the ice was possibly much greater than previously believed. The fish lived not only under the ice, but also under overhangs and in crevices as well.

To find out where juvenile polar cod originate, scientists used satellite data and computer models to trace the slow movement of the drifting sea ice. For some time, it had been assumed that they had arrived in the central Arctic from their spawning grounds in the coastal waters in the Kara and Laptev Sea, north of Siberia. New sea ice forms there in the autumn, and is slowly pushed north to the open sea by the wind. It was assumed that the juvenile fish would shelter under the ice and follow it all the way to the Arctic.

Study co-author and AWI biologist Hauke Flores said that they had used the satellite data to determine how far the ice in that particular area had travelled, saying, "It took the ice between 240 and 340 days to travel from the coast to our measurement stations in the sea. These figures correspond with the age and size of the juvenile polar cod that we caught."

Analysis had shown that all the fish were healthy and strong, indicating that there was an abundant supply of amphipods under the ice for the fish to consume. Hence, the sea ice was indeed a veritable nursery for polar cod. 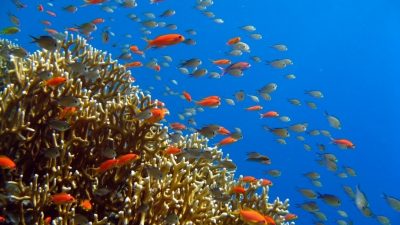