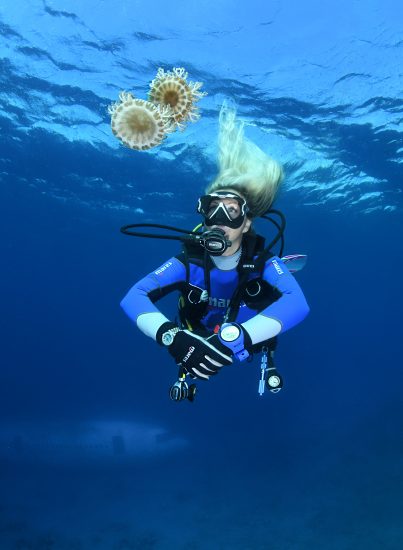 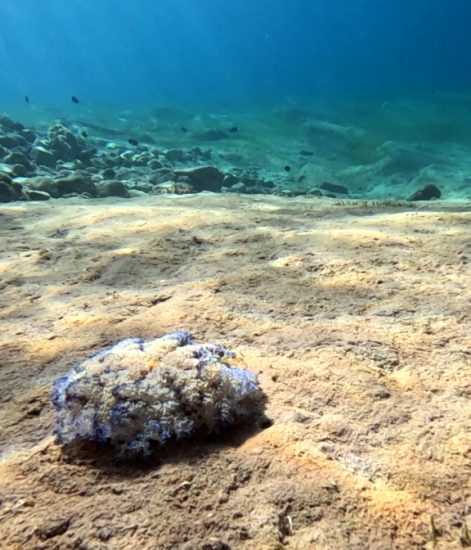 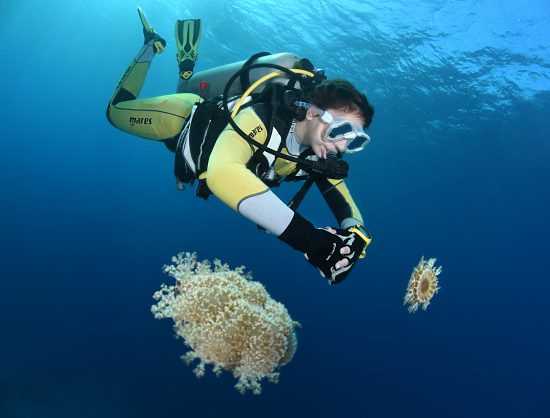 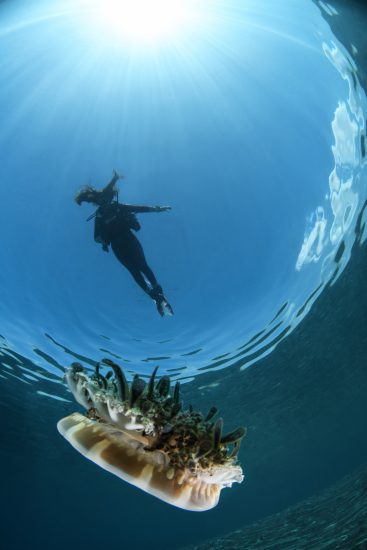 Upside-Down Jellyfish live resting on the sea floor, making them look like they are upside-down. They are found in coastal waters, mainly lagoons, intertidal flats and mangroves.

These jellyfish can be confused with sea anemones as they grow up to 30cm in diameter and lie on the sea bed. They are pale yellow with spots and brown frilly tentacles. Their colour is due to the colour of the algae that lives with them. These jellyfish can sustain themselves through photosynthesis - exposing the algae settled on them to the sun. They then eat the by-products of the algae as a direct benefit of being an upside–down individual, but also capture zooplankton.

They release “bombs”- globules of mucus full of nematocysts and cnidae - which, when they come into contact with human skin, can cause mild to severe irritation. These bombs are designed to kill their favourite prey, brine shrimp – part of the zooplankton diet.

As they tolerate different environmental conditions, the Cassiopea species can quickly become invasive. Native to the tropical waters of the Indo-Pacific Ocean and the Caribbean, they have also spread outside their natural habitat.

They are very popular jellyfish for the aquarium trade and can be dumped into the sea and spread through ballast water and hull fouling.

Sea turtles, tuna, sunfish and dogfish are decreasing in numbers, meaning so is the number of Upside-Down Jellyfish predators. Their populations are growing fast. Their lifespan in the wild is unknown, but in captivity, the longest recorded lived for 4 years.

They are not often found alone; they tend to aggregate in groups which is unusual for jellyfish.

Cassiopea, or the upside-down jellyfish, have found their niche and are benefiting from their different take on being a jellyfish. 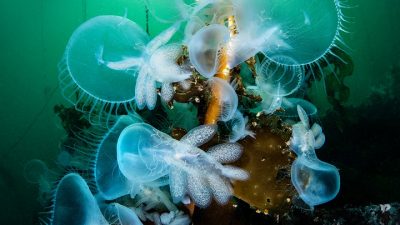