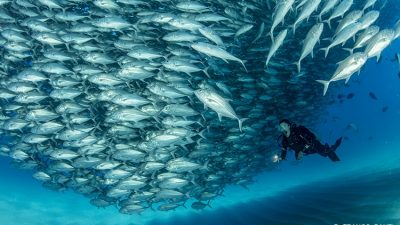 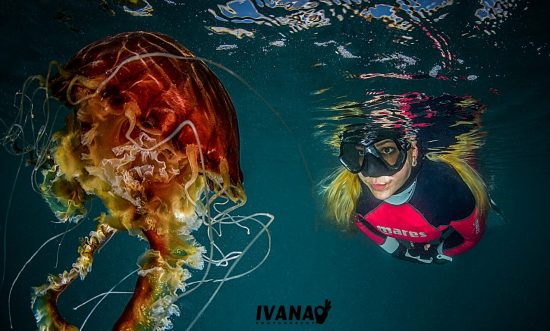 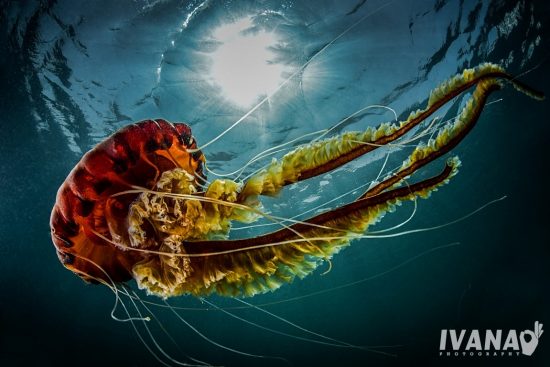 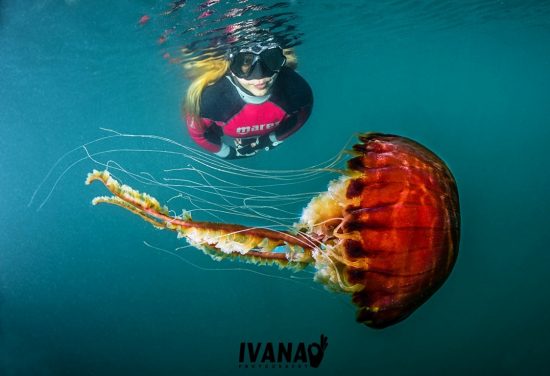 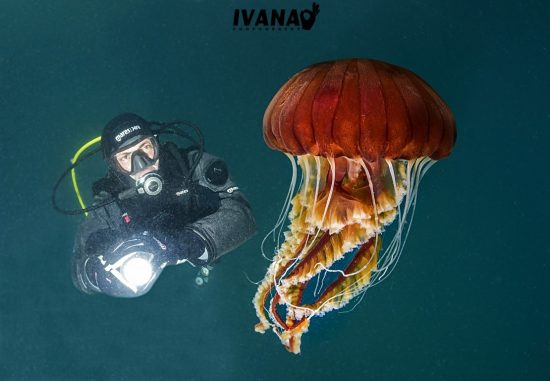 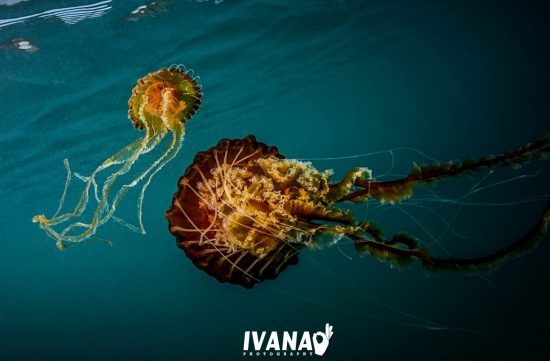 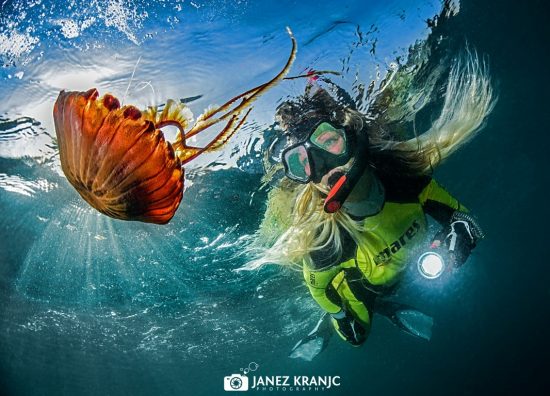 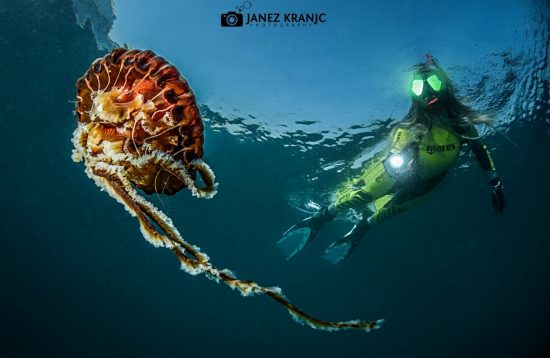 Jellyfish...so graceful and elegant, yet at the same time found in so many different colors and shapes. Their movements remind you of an underwater dance. They are a real pearl of the sea, ocean and assorted lakes. But if the food chain is being disrupted, they can became a problem for certain environments.

Jellyfish are regularly found in the Bay of Kotor. In 2014, Chrysaora hysoscella, also known as the Compass Jellyfish, were last seen in large numbers around the area. Composed of 96% water, the adult Compass Jellyfish can grow up to 40cm in diameter across their bell-shaped body. The “frilly” circumference of the Compass Jellyfish helps it to find its way around and sense its orientation in the water. This species of jellyfish has 24 tentacles organized in groups of three around the edge of the bell which can reach up to 2 meters in length. The four mouth arms hanging down from the centre are armed with nematocycts, the stinging mechanisms designed to subdue their prey. Their sting, as much as it can be very painful to humans, is not very dangerous.

Compass Jellyfish appear in greater numbers in the spring as this is their budding season. Following a brief period attached to the seabed, their polyps hatch and develop into large aggregations of jellyfish which are born male at first and turn into females later in life. Their life expectancy is just one year, and often up to 95% of their population dies off as they are unable to swim against strong currents and they get washed up onshore. As large quantities of jellyfish and other gelatinous sea creatures are found in all of the world’s oceans, greater attention is being given to this species. Large aggregations of the species can burst fishing nets, block inflows/outflows on marine vessels and cause an adverse influence on both fishing and aquaculture.

The natural predators of this species of jellyfish include the leatherback turtle (Dermochelys coriacea) and sunfish (Mola Mola), neither are present in Montenegrin waters in sufficient quantities to threaten the jellyfish population or to regulate their numbers. They are an important part of the marine food chain feeding on fish eggs and larvae, which controls the growth and development of fish stocks in affected areas.

Katie on Aug 02nd 2017
This is an interesting article as we have lived on a boat in Kotor bay for many years and were surprised to see so many of these jellyfish in spring this year, 2017. They disappeared after a few weeks but today (2 August) we have seen around 200 of them, of different sizes but mainly young, in Kotor Bay. Do you have any idea of how long they might hang around here? It is good to see wildlife here (lots of turtle sightings this summer in the bay), but not great for swimming! I assume they give a nasty sting? Thanks for the article - now I know what type of jellyfish they are!

James Griffin on May 13th 2017
Stunning photography , and a very interesting read. 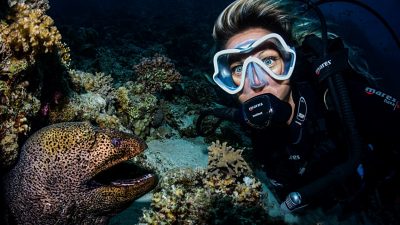