Elpida – More than a shipwreck 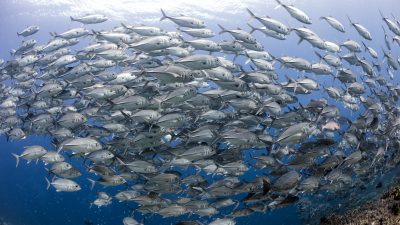 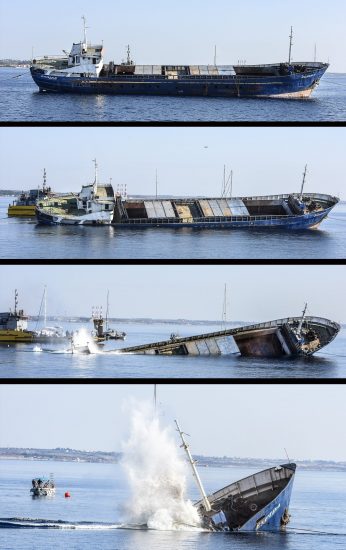 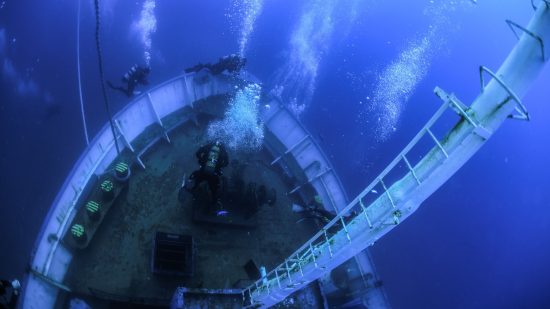 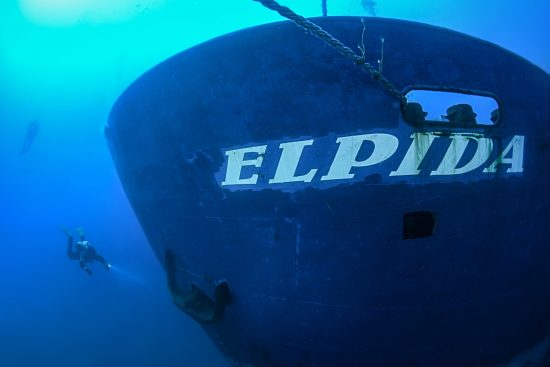 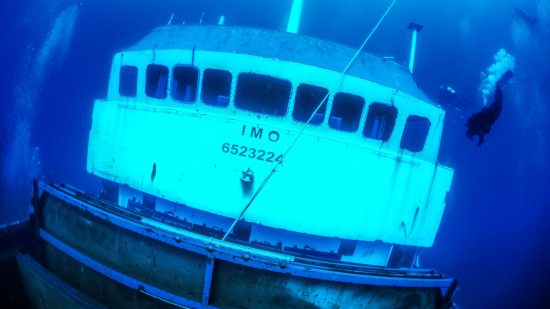 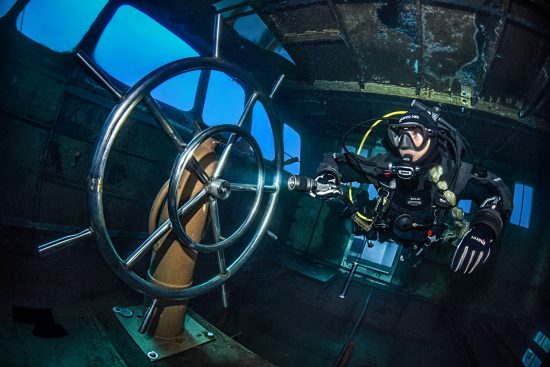 The Cyprus Deputy Ministry of Tourism, together with the Department of Fisheries and Marine Research (DFMR), recognized the importance of Marine Protected Areas (MPA) and the creation of artificial reefs as a way to restore the fish stock and at the same time improve its tourism offer. Artificial reefs are "structures" that have the same characteristics as natural reefs. This primarily refers to the possibility of growth, reproduction, feeding and shelter for underwater inhabitants. Different forms of underwater structures make this possible. Shipwrecks fit into that concept perfectly.

Journey to the bottom of the sea

In front of many journalists, photo reporters and TV crews, on December 7, 2019, Elpida was awaiting its descent below the sea surface. Once a cargo ship, 62 meters long and 10 meters wide, it was now ready to be scuttled. Everything that could possibly have a detrimental effect on the underwater environment was carefully removed from Elpida, prior to this event. It was brought opposite the Palm Beach Hotel in Larnaca, about 2 kilometers from the coast. It was placed in a quadruple which was securing a stable position during the process. The controlled flooding of the ship began as early as during the protocol speeches. Very soon, it was noticed that the ship had been tilting to the right. With more and more water going in, Elpida leaned more and more. There was concern among the assembled reporters about whether the ship would sink "properly" or be tilted to the side? However, this concern was completely unnecessary. The water was coming in faster, and soon the bow of the ship sank. Elpida took a proper position and began to disappear below the surface - stern to the bottom.

Just the day after, we had the opportunity of being among the first to dive into the new wreck. The diving conditions were ideal - completely calm sea, sunny day without the slightest breeze. Elpida lies at a maximum depth of 30 meters. It landed on the sandy bottom in an ideal position, as if it was still sailing. The technical team has done their part of the work with experience and quality. The ship's trough is blue, while the command bridge is white. This contrast was visible as soon as we started the dive. We have noticed some minor damage to the hull, which probably occurred while the process of scuttling. First, we saw the stern, which we passed following the line of the ship, advancing towards the bow. Our goal was to dive around the ship and see its exterior in the first dive, and to spend less time inside. The large number of divers and the activities which happened the day before were reasons for the relatively worse water transparency, but this did not spoil seeing Elpida in full view.

The command bridge, containing replica of the original ship's rudder, is very interesting. Having in mind that the scuttling happened the day before, it all looked brand new. However, when the sea takes the ship "under its own", when life forms and the calcification process begin eventually, this wreck will be extremely attractive to underwater photographers and will become the home and shelter for many fish and other underwater inhabitants.

The strategy and program implemented by the Cyprus Deputy Ministry of Tourism and the Department of Fisheries and Marine Research is a strong indication that Cyprus is monitoring the state of its underwater and is investing efforts and resources into the conservation and recovery of the sea, as the environment.

ปั้มไลค์ on May 16th 2020
Like!! Great article post.Really thank you! Really Cool. 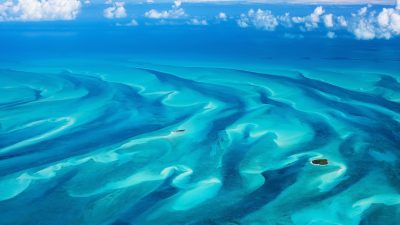