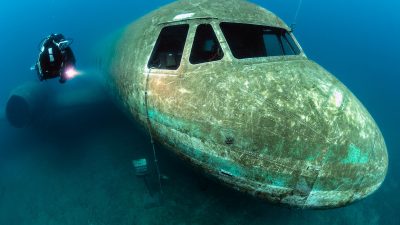 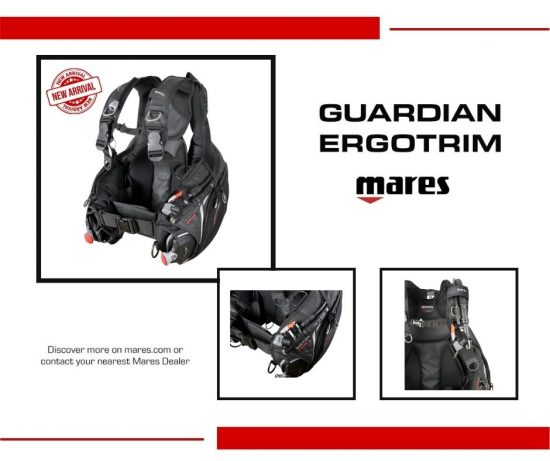 With the Guardian ErgoTrim now available in selected stores, let us introduce you to our awesome ErgoTrim technology!

In 2001, Mares took the dive industry by storm when it introduced AIRTRIM technology. One of the most innovative BC features ever designed, it combined inflation and deflation in one single, ergonomically well-placed control. While inflation took place as usual, feeding intermediate pressure gas from the first stage into the aircell, deflation was carried out by pneumatically activating two exhaust valves. These were placed at both ends of the BCD, one on the right shoulder and one on the bottom left of the aircell, and they were activated simultaneously, so that no matter the diver’s position in the water, gas was sure to be released. With one valve high enough to vent gas, the other would be low enough to take in water, so to prevent water entry into the aircell, both valves had a one-way flapper valve in front of them. Oral inflation, if needed in case of an emergency, could be performed via a medical-style tube housed in a side pocket. We called it AIRTRIM because it made achieving the perfect trim so much easier.

That was in 2001. In 2022, Mares outdid itself by introducing version 2.0 of this technology. We named it ERGOTRIM, because we combined pneumatic deflation with the “standard” ERGO inflator. Well, not so standard. The BCD inflates and deflates as with a normal inflator, but it has an additional button to feed the pneumatic circuit. A rocker switch has been placed on top of the inflate and pneumatic deflate buttons to prevent the user from operating both at the same time. If you are an instructor and need to show standard manoeuvres to your students, you can carry the ERGOTRIM on your left shoulder. For everybody else, ERGOTRIM equipped jackets have a sleeve in the back of the aircell which routes the corrugated hose under the left shoulder and positions it in a holder. Ergonomically, it is similar to the original, but it has a 40% higher flow-rate for inflation, is more integrated into the BC and, in case of emergency, oral inflation can be performed by removing it from the holder, bringing it to your mouth and exhaling into it. The end result is a very streamlined BC, one-hand operation under all circumstances, a free left shoulder and the peace of mind that comes with knowing that you don’t need to change your position in the water to deflate your BC. 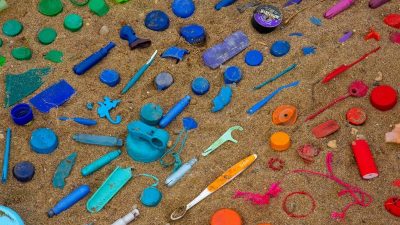