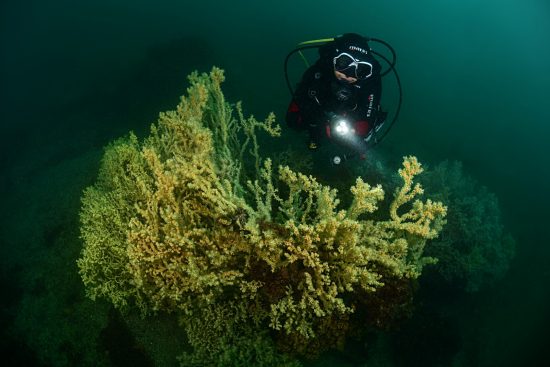 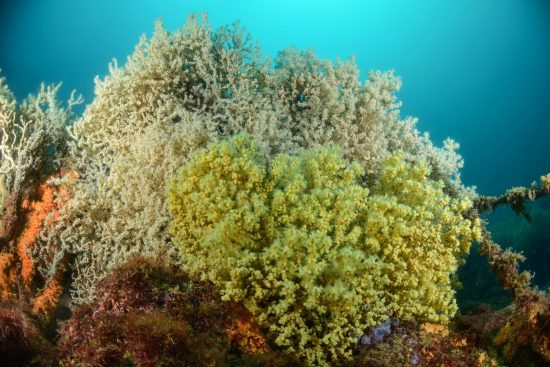 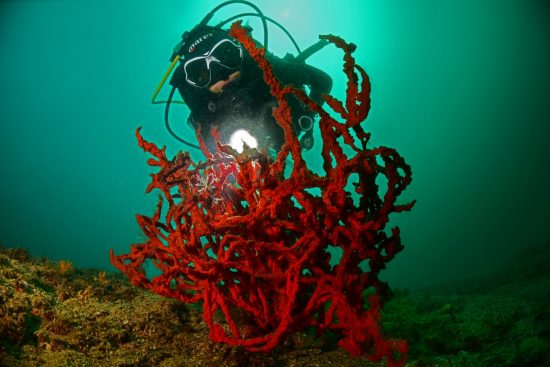 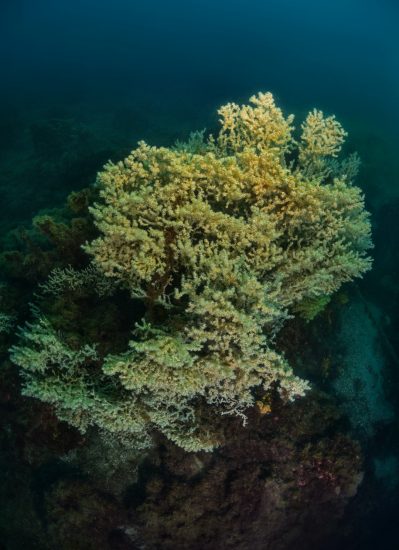 You have certainly, at some point, experienced an area where cold water rises up from the deep. It might be an indicator of the existence of a freshwater spring coming from the mountains. We have discussed this phenomenon with Dr Vesna Macic from the Institute of Marine Biology in Kotor.

What are underwater springs?

Underwater springs can either be permanent or occasional. They form in karst areas where, during previous geological periods, the sea level has risen or the shoreline lowered, leaving carbonate rocks with freshwater under the surface. When the rocks above sea level are not permeable, pressure increases, and if it overpowers the hydrostatic pressure above, freshwater will suppress the salty water and rise, being less dense than the salty one. It causes characteristic circles on the sea’s surface, as if the sea is boiling. That ‘boiling’ is very visible when the springs are sink-like and the water comes from one large hole, as is the case in Boka Kotorska Bay, near Drazin Vrt and Sopot. Sieve-like springs have many smaller holes on sandy and rocky sea beds and are numerous in the Kotor-Risan Bay.

During winter, these springs have a more intense water flow due to heavy rainfalls. This causes strong currents from the sea bed to the surface and around the springs. Transparency is lowered and water is much colder, so scuba diving becomes more demanding, but still not particulary dangerous.

Why are they so rich in wildlife?

Freshwater flow lowers salinity and brings colder water enriched with oxygen and different nutrients. It creates a community of diverse underwater life, used to massive changes in salinity and other chemical-physical variables. Those organisms are, therefore, very specific and rare, but, unfortunately, not studied enough yet. Boka Kotorska Bay is home to different coral areas which are very lively. The biggest peculiarity is the fact that some of the biggest golden coral (Savalia Savaglia) areas in the Mediterranean are located near those springs at depths of 15-25m, which is very shallow for this species. Red sponge (Axinella Canabina) and rock coral (Cladocora Caespitosa) are also some of protected species that are present.

What can we do to protect them?

Underwater springs are very rare and sensitive to external factors. In connection with climate changes which are becoming more and more obvious, it is understandable that changes in rainfalls cause disturbances in freshwater flows, changing those micro locations and the life surrounding them. As individuals, we are maybe powerless to prevent climate change, but we can make sure we don’t build an infrastructure that would ruin freshwater circulation. Building beaches and some constructions may cause raise which deposits materials which are harmful to living organisms around these springs. Last, but not least, there is the influence that fishermen and divers have when anchoring their boats, being unaware of these locations and physically destroying organisms which have been living on the bottom for decades or even centuries. Bearing in mind the increase of yachting tourism in Montenegro, it is necessary to mark spots with underwater springs near Drazin Vrt and Sopot to prevent anchoring near them. 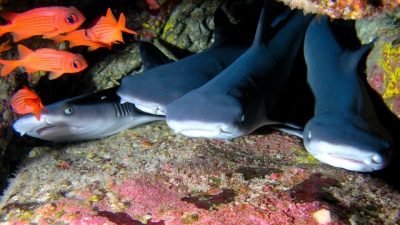