Groupers – The gentle giants of the oceans 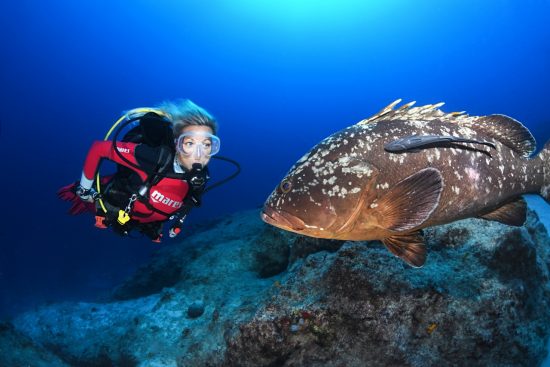 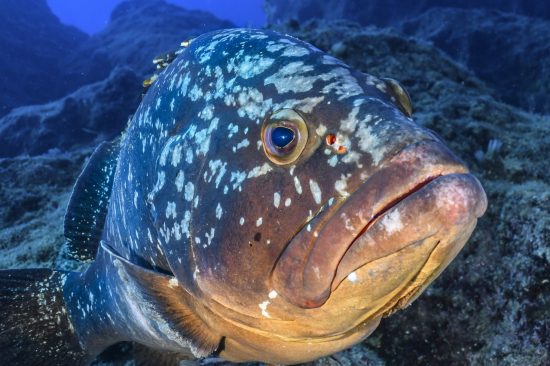 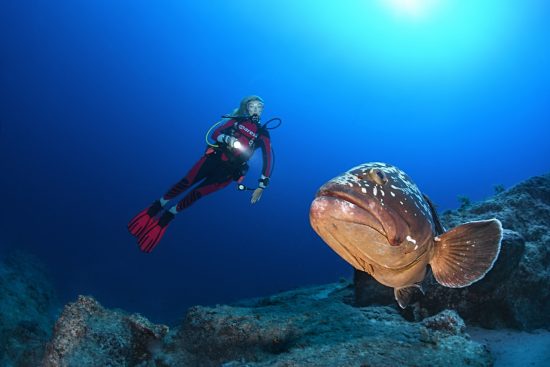 Groupers belong to the Serranidae family, which they share with Sea basses, living in the warmer waters of most oceans. They are large, ray finned fish which are usually quite chunky with large mouths. They can grow to over a meter and weigh over 100kg, and some species, such as the Goliath grouper or the Warsaw (black) grouper, can grow to much bigger sizes, over 2m, weighing over 200kg. They are mainly dark shades of brown or green, but there are some species that are bright and colourful. Nassau groupers can change their colour depending on their needs and conditions.

They are not fast swimmers but move slowly, majestically and prefer to wait for their dinner to swim by instead of chasing it. They swallow their prey rather than bite it, as they do not have teeth but tooth plates that crush the food inside the pharynx. Even though their diet consists mainly of octopus, crustaceans and smaller fish, some will not say 'no' to a small shark. They can suck in their prey from a distance and dig into the sand using their big mouth and gills so that they can wait and ambush their victims.

Most groupers are hermaphrodites. They mature as females, but are able to change sex after reaching maturity. Some species are male until they reach around 3kg and then turn into females. The largest male is in control of a group of females which can reach around 15 individuals. If no male is available, the largest female changes into a male, keeping everything in balance.

Some species of groupers have the two distinctive sexes which are responsible for group spawning. This enables even smaller males to succeed in reproduction. They wait until the time is right (the combination of a full moon and the right current conditions) and come in large groups to spawn, which is a great spectacle to watch. They also attract sharks who treat this event as a food feast, beautifully captured in Blue Planet II, covering mass spawning of the Marbled grouper.

As big fish, they are fished for, but are subject to overfishing. Their meat, however, is linked with Ciguatera Fish Poisoning (CFP) caused by dinoflagellates bioaccumulated in their flesh. They are one of the top predators on the reefs and play an essential part in the ecosystem, controlling invasive species in many places, but they grow very slowly. Several species of grouper are classified as endangered and need to be protected. It is crucial that we let this species grow to adult size and reproduce as much as possible to be able to admire these majestical gentle giants for generations to come. 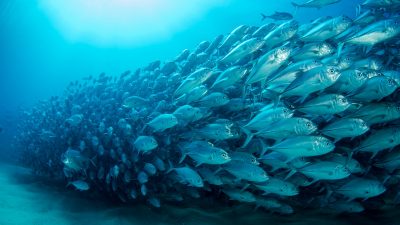