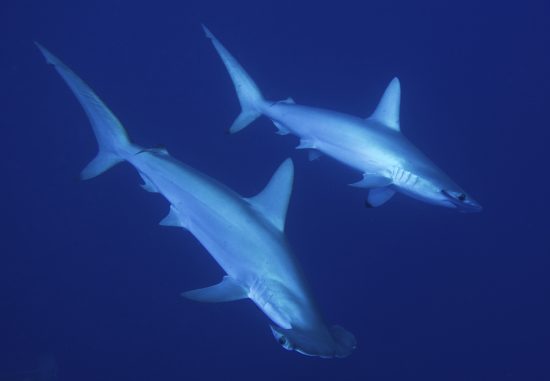 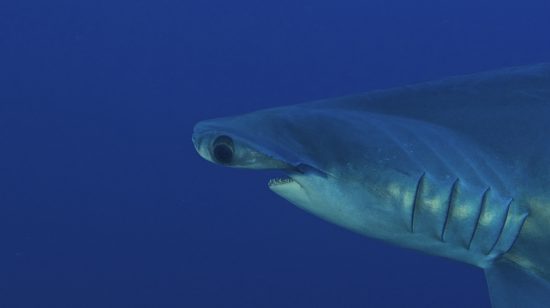 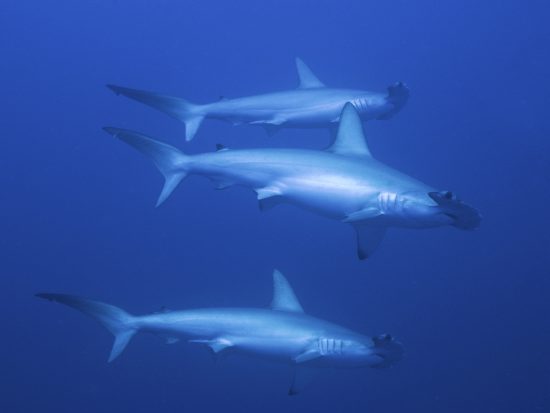 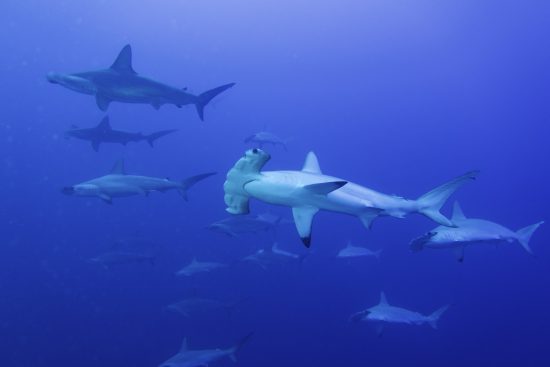 Sharks have a bad reputation and are the most feared marine species, even though attacks on humans are rare, with only a few documented cases and no fatalities against humans recorded from hammerhead attacks.

Sharks, in general, are apex predators, with different adaptations depending on the habitat they live in. All sharks have an additional sense – electroreception - through the ampule of Loranzini holes around the edge of their mouths and the nose.

Out of over 400 species of sharks, hammerheads are thought to be the most prehistoric or even alien looking. All hammerheads are very easy to recognise by their head's distinctive shape, as the name suggests, in a shape of a hammer – cephalofoil. The cephalofoil is responsible for excellent wide-angle vision and depth perception.

There are nine species of hammerhead sharks, eight in genus Sphyrna and only one – winghead hammerhead - in the Eushyra genus, and most of them are small except for the great hammerhead, which can grow to over 5m. They represent a wide range of lengths and weights, from less than 1m to over 6m and less than 3kg to over half a tonne. Their eyes are positioned at the ends of the hammer, which give them a wide field of view, even wider when they move their head from side to side. The Winghead shark has the largest hammerhead, which has evolved to increase their ability to see 360° above and below them simultaneously. There is another theory that the hammer shape of their head helps with stability and manoeuvrability. The hammer is also thought to add lift when chasing food. The species differ, with distinct hammer shapes - from smooth with no notch to scalloped with a deep central notch and two lesser notches on each side.

Some species of hammerheads like to swim in schools during the day but hunt on their own at night. Their white underbelly helps them to be invisible to their prey. Among their favourite meals are stingrays and any big fish and other marine organisms such as squid, octopus and large crustaceans. Great hammerheads are cannibals, and they will sometimes eat their young, where bonnethead hammerheads are the only hammerhead species that are known to eat seagrass in addition to their seafood diet.

Most hammerheads reside along coastlines and continental shelves in warm waters where they spend winters  but migrate to cooler waters in the summer.

Hammerheads reproduce once a year. The males get very violent and bite the females until they agree to mate. They are viviparous, giving birth to live young, mostly 12−15 pups, although great hammerheads can produce between 20−40 pups. Once born, they are left to fend for themselves. There is no parental responsibility observed in any of the hammerhead species. The juveniles tend to stay together and hide in warmer waters until large enough to survive independently.

The great hammerhead is the largest hammerhead species even though it is widely distributed worldwide. Out of the nine hammerhead species, most are critically endangered or endangered, and one species is classified as vulnerable. Hammerhead shark populations are decreasing across all species. The biggest threat to their survival is overfishing and demand for fins which are still considered a delicacy in some countries, even though they have been listed in Appendix II by CITES since 2013.

A very interesting fact about hammerhead sharks: They are prone to sunburn as they swim in shallow waters.