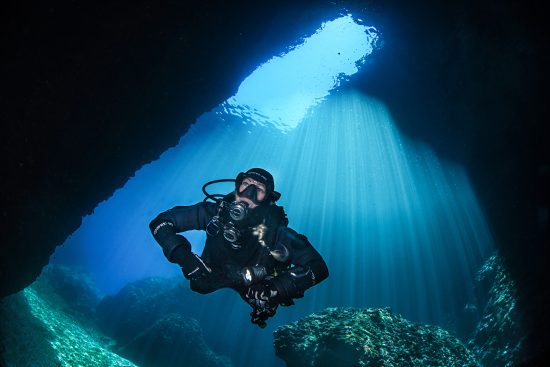 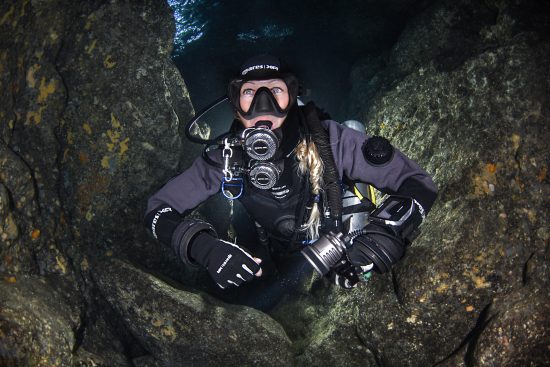 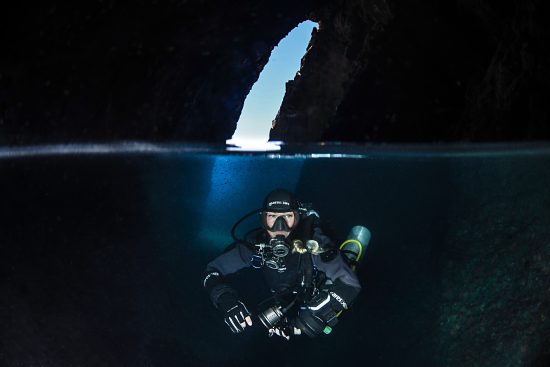 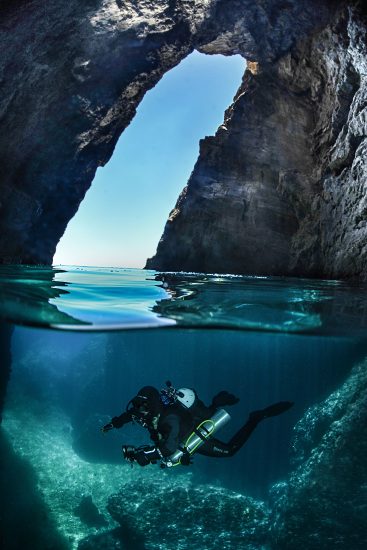 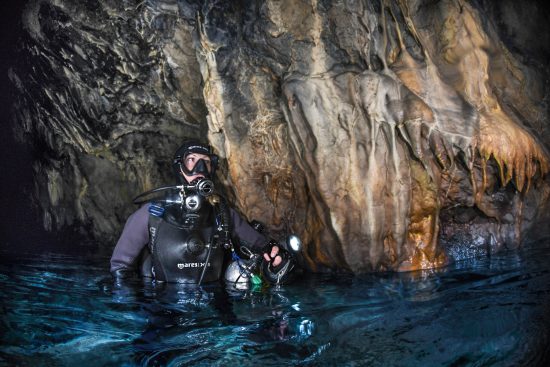 Dalmatia is one of the most beautiful regions of the Adriatic. The islands of Hvar, Brač, Vis, Biševo and many more which spread out in front of the city of Split are the real 'pearls of the Mediterranean'. We know for a fact that this is not just a saying. During our latest dives, with Manta Diving Center from Komiža, we had the opportunity to visit some of the locations on the island of Biševo, one of the larger islands when heading from Croatia to Italy.

Biševo is located approximately 3.5 miles southwest of Komiža, covering an area of 6km2. The island has been known as a tourist attraction for centuries, the reason being the well-known Blue Cave which attracts visitors from all over the world, however, for us divers, another cave, which is also located on this island is equally as interesting...

On the southeast coast of Biševo, which is exposed to the open sea and the erosive influence of the waves, there is 'Monk Seals Cave'. It got its name because a family of Mediterranean monk seals (Sea Bears) - an almost extinct species - once inhabited it.

Since 1967, this cave has been under state protection. It enters the mainland for about 160 meters, and the Sea Bears once lived at its end. The entrance to the cave is large and a must-see for underwater photographers. As you enter deeper into the cave, the depth gradually decreases. The bottom is rocky, without silt deposits, so visibility is good. We noticed that lobsters, shrimps, flocks of blackbirds and some squirrels that carefully peek out from under the rocks also inhabit the cave.

It is completely dark inside, so underwater lights are necessary. Monk Seals Cave, despite its length, is a reasonably safe cave and is accessible to divers of all categories.

To conclude, this location is definitely a great choice for the second dive of the day, as it will delight and captivate you with the astonishing beauty of the Adriatic Sea!