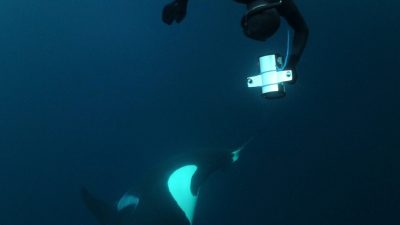 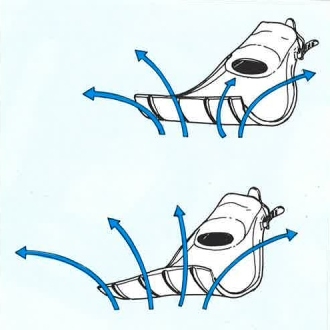 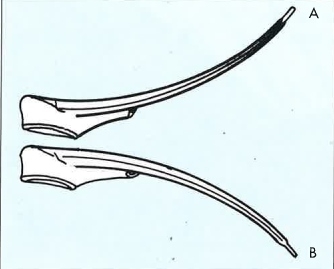 (2) In one complete kick, the fin must go from optimum deformation to opposite deformation. 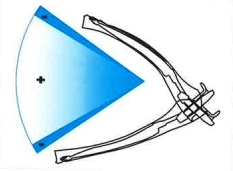 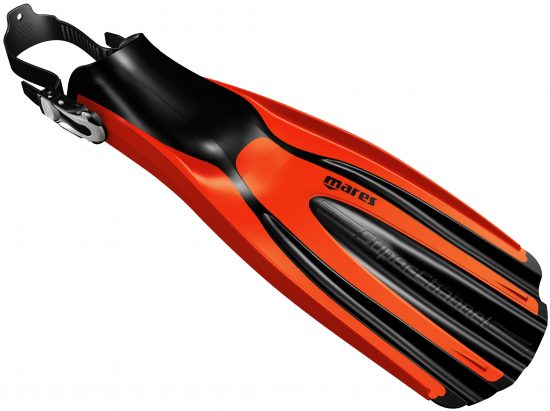 Originally, all fins were made from rubber, an excellent material; however, it had notable technical and technological limits that did not allow for great developments in their design. In 1973, Mares patented a new technology that conceived the construction of fins in two different materials: a light, responsive technopolymer for the blade and a special, new thermoplastic rubber for the footpocket. After some years of putting the materials and technology to the test, Mares introduced the Plana fin to the market, the first, and for a long time only fin in the world made using this new technology and these innovative materials.

Today, aside from very rare exceptions, all fins on the market are made using these materials and this technology!

After almost a decade of experience making fins with this new system, Mares dedicated itself to studying new forms which were unimaginable with older technologies and would allow for remarkably improved performance, meaning greater thrust with less effort. Focus was then given to how water channelling could be improved and, at the same time, how the so-called ‘dead angles’ of the fin stroke could be minimised. That’s how the ‘Channel Thrust Power System’ was created in 1985, introduced for the first time with the Avanti fins. Let’s take a look at what this consists of:

During the fin’s movement, only some of the displaced water is sent in the direction of movement.  Unfortunately, some of it flows over the sides of the blade and does not contribute to thrust, only causing a decrease in efficiency (image 1). With the revolutionary design of the Avanti fins the channelling of fluids is maximised and, contemporarily, a quantity of water is moved which is notably greater compared to fins of similar dimensions.

At the end of each complete kick, the fin must go from optimum deformation to the opposite deformation on the inverse stroke (image 2). This leads to a loss of efficiency that we can see with the two dead angles (image 3). These represent the time necessary to pass from optimum deformation to the opposite. The angle with a plus sign (image 3) represents the part of the kick that actually creates thrust. The Avanti system, thanks to the particular design of the blade, minimises dead angles, increasing the efficiency of the fin.

The Channel Thrust System was then further improved with the introduction of the now very famous and greatly appreciated Avanti Quattro, and applied to all of Mares’ technopolymer fins. 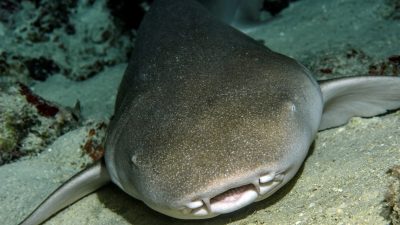