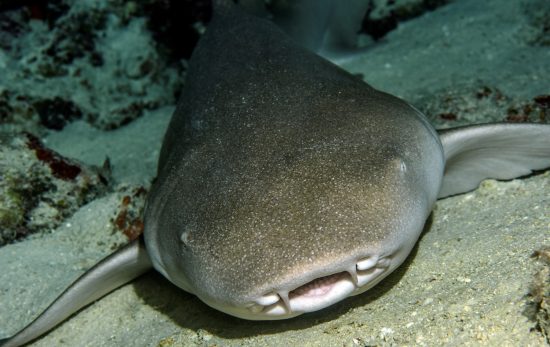 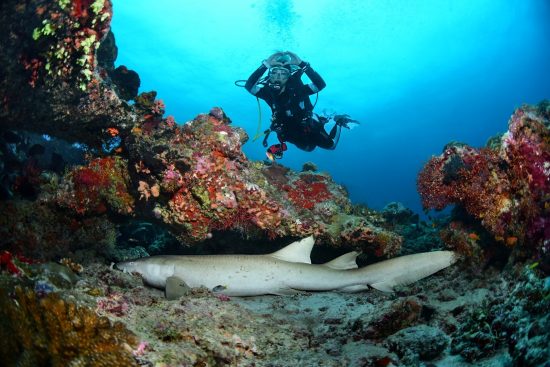 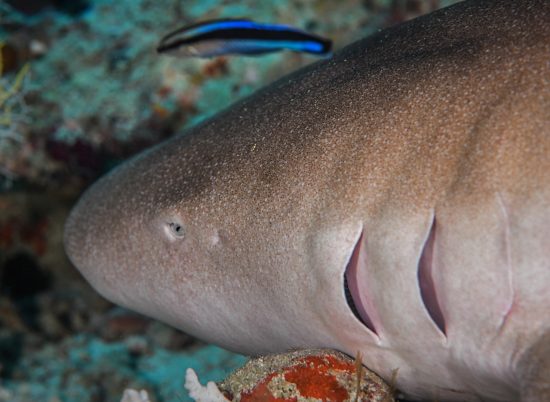 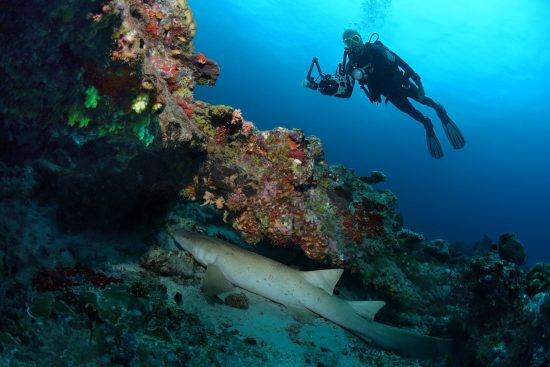 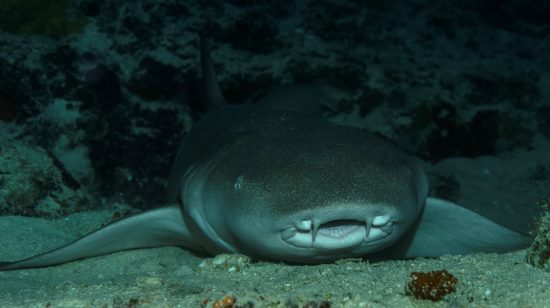 There are various theories as to why the nurse shark is called so; one being that the sound they make while hunting for prey resembles that of a nursing child.

Nurse sharks are commonly found resting during the day, under shallow coral reefs or on sandy sea beds in crevices and overhangs. Night time is when they come out to hunt, like most other shark species.

Even though they are most commonly found resting alone, snuggle parties are a thing with these sharks. They are known to rest communally, with groups of over 40 individuals stacked up on top of each other! They might not be social creatures, but they often recline en masse.

Female nurse sharks mate with multiple males, giving birth to litters of 20 to 40 pups, which may belong to up to 6 different fathers. Mating rituals can sometimes end in violent shoving matches as three or more males will try to mate with the same female, after which the female takes a much deserved eighteen-month long break!

The Nurse shark is one of the species of shark that are perfectly capable of breathing while sitting still. They actively suck water into their mouth which supplies oxygen to their gills without needing to swim, whereas other sharks, like Great White and Whale sharks, breathe by swimming non-stop, and water is constantly flowing into their open mouths and across their gills.

Now to answer the question: are nurse sharks docile or dangerous?

Nurse sharks are slow moving carnivores, who look for their prey in or near the sand. Sometimes, they can be so lazy that they actually use their pectoral fins to “walk” across the sea bed. However, though they are not fast or aggressive, snorkelers and divers should give these sharks plenty of space. They might not possess large teeth, but their bite can be quite painful! These sharks hunt by sucking their prey in- they can generate enough suction to pull a full-grown conch right out of its shell! So, you can imagine what it would feel like if one latched onto your arm.

More common than not, humans are to be blamed for nurse shark attacks; which are not a common occurrence. They are definitely docile and shy, however, if provoked, they can be dangerous.

With support from Sea Explorer Maldives and Reethi Faru Resort.