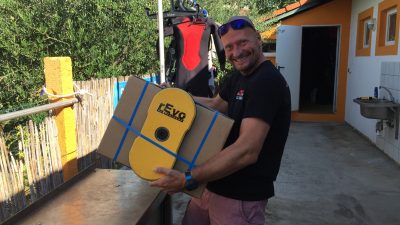 People living in the Mediterranean will suffer as a result


Based on the NABU Cruise Rankings 2016, all European cruise ships still
have a long way to go in terms of their environmental and health
performance. These findings were revealed to environmentalists on
August 29th in Hamburg.

For the survey, NABU (Nature and Biodiversity Conservation Union /
Naturschutzbund Deutschland e.V) focused on the most important
environmental problem in the sector: the massive air pollution caused
by ship exhaust emissions. As in the previous years, inspection of the
installation of exhaust gas cleaning systems, the fuel used and the
shore power supply was carried out.

The results revealed that the ships still burnt heavy fuel oil. Eighty
percent of the fleet of ships operating in Europe either do not use any
exhaust gas cleaning system or, to meet the minimum legal standards in
Northern Europe, they simply use a scrubber to reduce the sulphur
emissions. In addition, virtually no effective method of reducing
harmful air pollutants like soot, ultra-fine particles or nitrogen
oxides is being employed on board the ships. Indeed, the people living
in the Mediterranean, with its popular tourist destinations, are the
victims of such shortcomings.

In the survey, it was found that only eleven ships have made the effort
to go beyond the minimum legal standards to minimise adverse impact on
people and the environment. The best performing ship – albeit with some
shortcomings – is AIDAprima, followed by Hapag Lloyds’ Europa 2 and the
newest ship of TUI Cruises, Mein Schiff 3/4/5.

“For years, ship owners have proudly announced that they would be more
environmentally friendly. But other than shiny PR products, nothing
substantial has been put into practice so far. This is greenwashing at
its best and, in the view of the damage caused, not acceptable,


If no action is taken, no progress is made. This is ironic considering
the enormous expense being allocated to providing gastronomical
services on board the ships, compared to the miserly amounts spent on
environmental protection.

“This irresponsibility will be paid for with human health, especially by the residents of the port cities,” Miller added.


In the meantime, the cruise ship sector continues to ignore study
results which do not promote its interests. A case in point is a piece
of advice from the World Health Organization which describes ship
exhausts as carcinogenic and that the soot particles that are harmful
to the heart and lungs can be blown several metres inland.

Actually,
technical solutions for reducing emissions of diesel engines like
particle filters or nitrogen oxide catalysts have already been
developed. However, the industry has repeatedly resisted switching to
cleaner fuels and equipping their ships with emission abatement
technology so as to maximise their profits.


Although AIDA Cruises has topped the rankings for this year and the
previous year, it is by no means a shining role model. Despite its
commitment in 2012, it continues to sail with toxic and heavy fuel oil.
In addition, it has yet to install any soot particle filters on any of
its ships, despite having declared its intention to do so three years
ago.

NABU will monitor their next-generation of ships to see whether
their promise of running their ships on cleaner liquid natural gas
would be fulfilled.

“As a market leader and due to their declarations to do more for
environmental protection, AIDA Cruises is under closer scrutiny.
However, this has not always come to fruitation at the Rostock-based
company. One example is the AIDAprima, the newest addition to the
fleet. It was promoted as the most environmentally friendly cruise
ship. However, half a year after its launch, the centrepiece of the
ship – its exhaust system – is not operating,

” said Dietmar Oeliger,
NABU’s Head of Transport Policy. NABU Hamburg had discovered this after
measuring the ship’s exhaust gases. Currently, the acid test of the
system and its actual emissions are still pending.

When it comes to environmental protection, ship owners have a tendency
to be resistant; and this mentality can also be found in Hamburg,
Germany's most important cruise destination. Of forty ships at the
Hamburg port, a handful is theoretically prepared to get shore power
and to turn off their motors while at berth. However, only AIDA has
done so.


“The port and its often celebrated cruise ship entries are a massive
problem for the city of Hamburg. Thirty-eight percent of the nitrogen
oxides and 19 percent of the particulate matter in the Hanseatic city
are from maritime traffic, according to the recent air quality plan of
the city. Even if the companies are saving hundreds of millions of Euro
taxes yearly through flagging out their ships to low-cost states like
Malta, Bahamas or Liberia, the refitting with shore power modules is
too expensive for them, alongside the costs of the power from the
grid,

He added that the residents living in Hamburg and other port
cities were paying the price in the form of substantial damage to their
health. 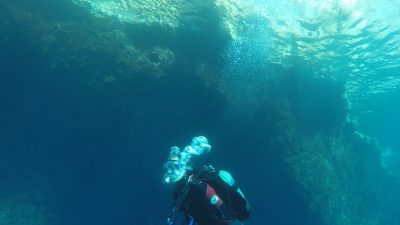