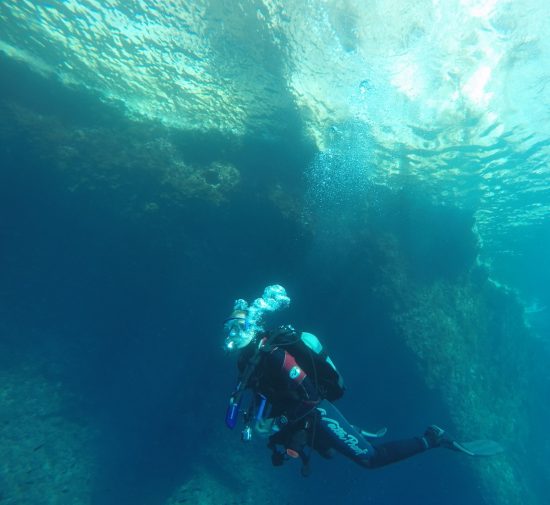 A diver inspects the formation of a tidal notch along the Karaburun Peninsula. (c) Peter Campbell 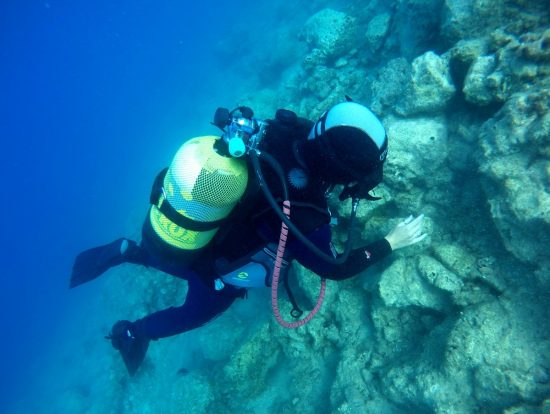 A diver inspects the rubble of a Roman marble quarry. (c) Peter Campbell 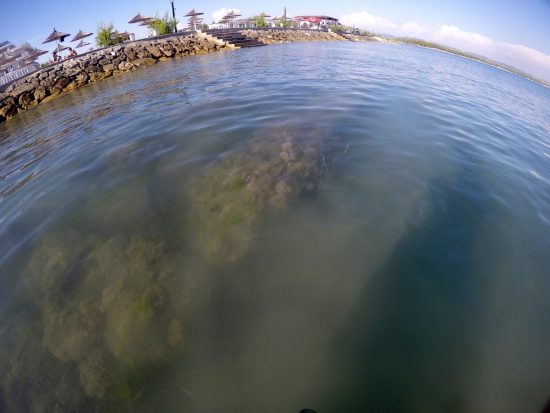 A submerged Roman wall within a few centimeters of the water's surface. (c) Peter Campbell 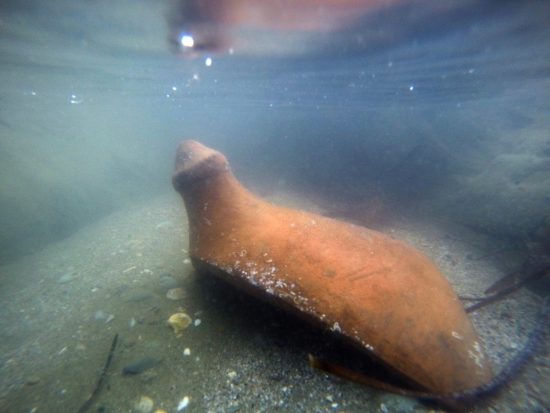 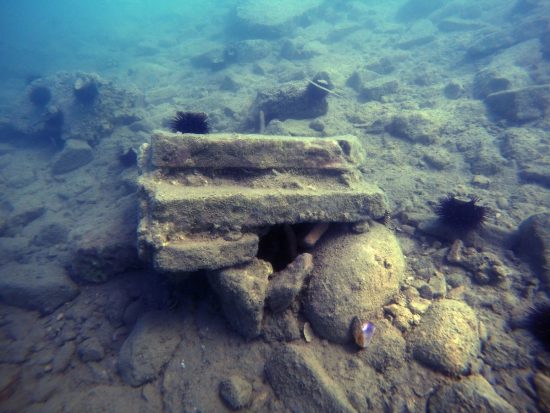 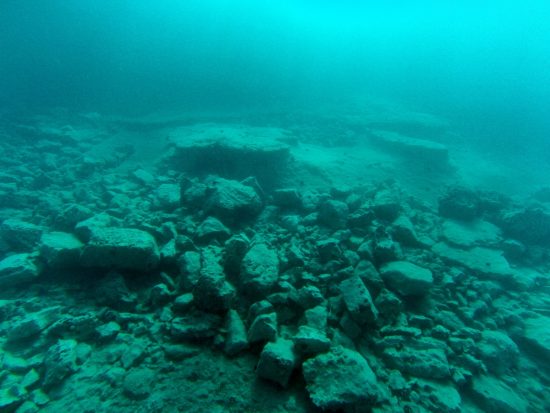 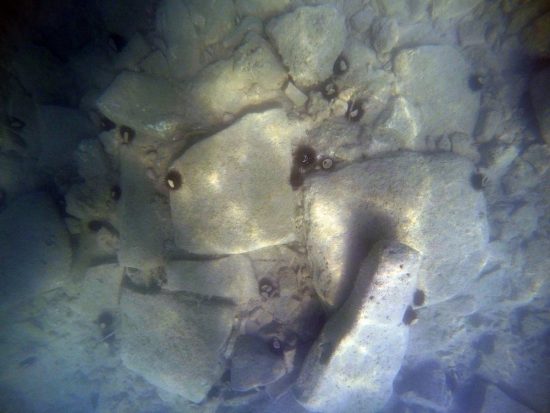 The remains of a submerged wall dating to the Roman Period. (c) Peter Campbell

Site of a major fortress and port during the Roman period

It turns out that the ancient Mediterranean port of Triport in Albania,
which had been the site of a major fortress and port during the Roman
period before it became submerged underwater, was much larger than
previously thought.

This discovery, made by a 14-strong team of Albanian and international
archaeologists and researchers, has now added as much as eight acres to
the site, which was previously believed to cover 12 acres.

The site had
been explored twice, once in the 20th century, and then in the early
2000s.

Based on the findings, the team envisions that Triport was a harbour
that might have been associated with Aulon (now Vlora or Vlorës),
offering safe anchorage from the sea and Narta Lagoon. Major Roman
roads would have connected it with ancient cities like Aulon and
Apollonia.


"We found indicators of ancient sea level change, Greek and Roman trade
(4th BC – 7th AD), and contemporary environmental data. But one of the
most significant discoveries was the larger submerged remains –
prompting us to rethink the importance of Triport as a Roman harbour;

”
said Peter Campbell, from the University of Southampton and Albania’s
National Coastal Agency (Agjencia Kombëtare e Bregdetit). He, together
with Neritan Ceka of the Albanian Institute of Archaeology, had
directed the expedition

Besides Triport, the expedition also explored other submerged cities
and harbour structures along the Albanian coast in Butrint and Orikum.


In addition, the team worked with the government, navy and local
stakeholders like fishermen, divers and businesses to survey threatened
areas of the lake surrounding the Burint UNESCO World Heritage site in
southern Albania to Sazan Island and Vlora Bay.

In the course of the expedition, the team came across artefacts of the
maritime trade from the past. These items included anchors made of
stone, lead and iron, amphoras (large jug-like containers) from the
Hellenistic Period to the early Middle Ages, roof tiles (called tegulae
and imbreces) for houses, plates and water jugs.

Evidence of the ecological impact of pollution and coastal development
– like microplastics, heavy metals from industry and invasive species –
was also found and documented.

Commenting on the site, Campbell said, “The Albanian coast is
incredibly dynamic and we have found excellent indicators of sea-level
change such as tidal notches to sunken cities and harbours. This lets
us reconstruct the coast in the past, which tells us how different
parts are changing through time and may change in the future. 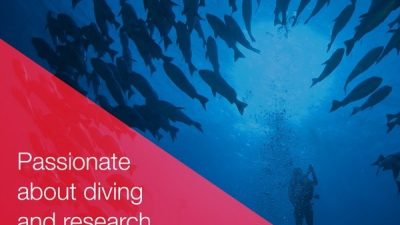