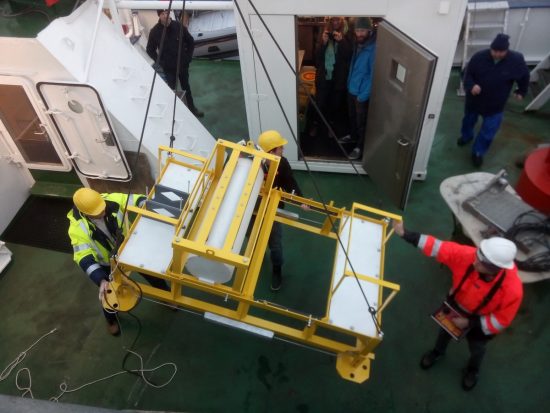 The Boknis Eck Node on board the LITTORINA. (c) Sarah Kaehlert, GEOMAR 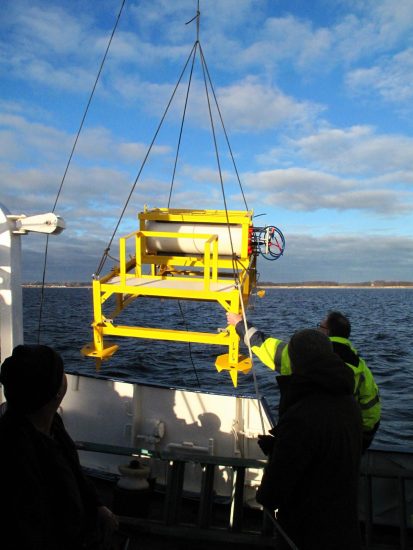 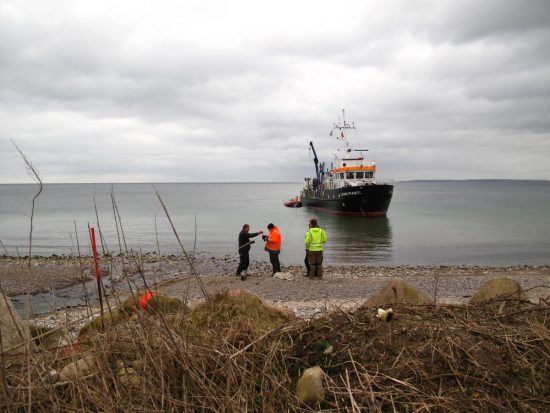 The land connection for the Boknis Eck Node was laid with the aid of the coastal research vessel LUDWIG PRANDTL from the HZG. (c) Institute of Geosciences CAU 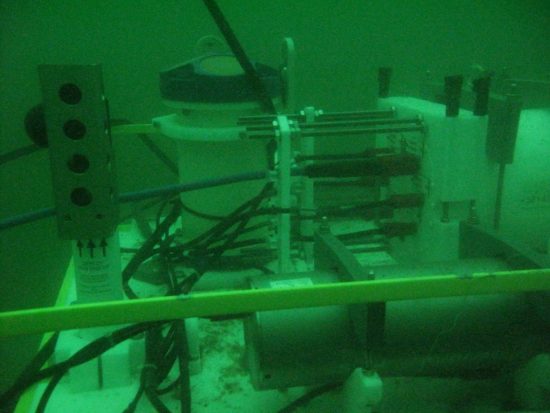 Since the start of this year, the station has been operational on the seafloor of the Baltic Sea. (c) Institute of Geosciences CAU 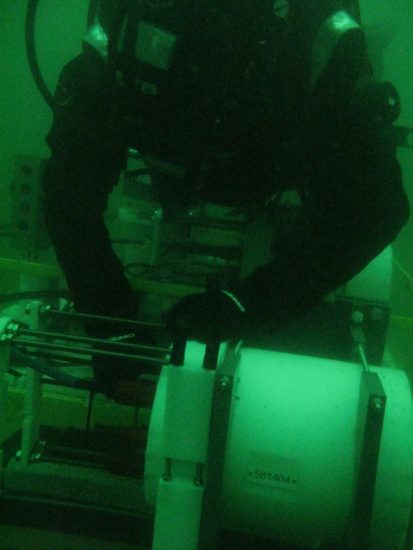 Researcher adjusting the sensors of the station on the seabed. (c) Institute of Geosciences CAU

Since 1957, data on the state of the Baltic Sea have been collected in the Eckernforde Bay, making Boknis Eck one of the oldest active time series stations in the world. To measure shorter-term processes in the seawater, the GEOMAR Helmholtz Center for Ocean Research Kiel and the Helmholtz Center Geesthacht have installed a fixed measuring station on the seafloor 14.5 metres deep s.

The Boknis Eck Node started operating at the turn of this year.

How much is the oxygen level of the seawater? What is the temperature range? What nutrients have been dissolved in the seawater and in what quantities? How extensive is the growth of plankton? Knowing the answers to these questions allow the state of the marine ecosystem to be assessed.

For nearly 60 years, marine researchers at Kiel have been making their way to Eckernforde Bay to collect such data. This makes Boknis Eck one of the world's oldest active marine time series stations.

“Thanks to the long period of measurements, we can not only see the current state of the Baltic Sea, but we also detect long-term environmental changes. This is why the Boknis Eck dataset is very much sought after internationally,” said GEOMAR's Prof Dr Hermann Bange in German. He has been coordinating the activities at Boknis Eck since 2010.

Recent studies have shown that even very short-term events like a two-week heat spell or a single powerful storm could cause a
significant impact on an ecosystem.

“Such events could not be measured with monthly sampling. That's why we decided to install a permanent station at Boknis Eck,” explained Professor Bange. And now, after two years of planning and construction, the new station has started operations in the Baltic Sea.

The Boknis Eck Node was developed as part of the COSYNA project (Coastal Observing System for Northern and Arctic Seas) which is being coordinated at the Helmholtz Center Geesthacht (HZG). Anchored at the bottom of the Baltic Sea, it contains sensors that measure flow velocities and directions, salt content, temperature as well as the concentrations of oxygen, carbon dioxide and methane.

“This makes the monthly measurements at the Boknis Eck Node time station perfect. We can add more sensors at any time if necessary,” said Professor Bange.

Within the COSYNA project, the HZG has set up similar underwater observatories before. “There is already one before Helgoland and one off the coast of Spitzbergen, which we have developed in cooperation with the Alfred Wegener Institute,” explained Dr Holger Brix, co-ordinator of COSYNA at the HZG. “They all offer access to power and data links, as well as the new measurement station in Boknis Eck, and are connected to a land-based server via fibre optics. This allows us to access the sensors at any time, from anywhere in the world.”

Professor Bange added that the data they collect is accessible to all scientists worldwide, at www.bokniseck.de and www.cosyna.de. 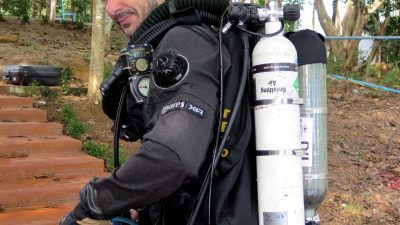