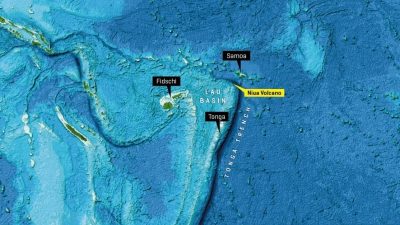 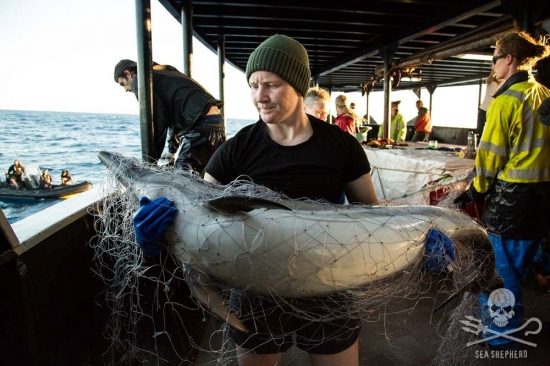 A crewmember oft he Steve Irwin holds a common dolphin, which was retrieved dead in the illegal net. (c) Eliza Muirhead 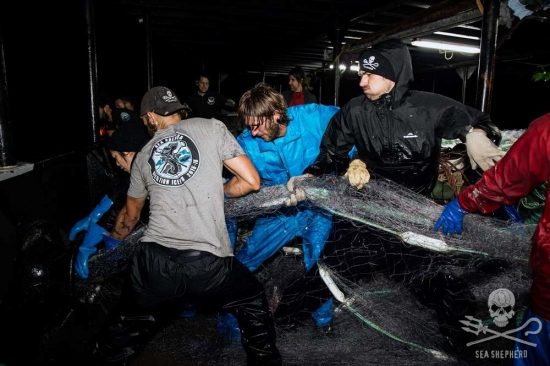 Crew of the Steve Irwin hauls the abandoned driftnet out of the ocean. (c) Eliza Muirhead 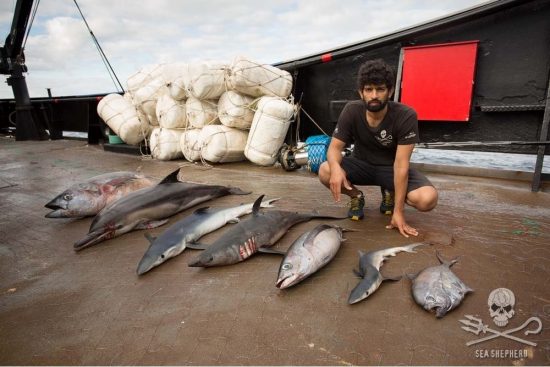 Capt. Chakravarty with some of the many animals slaughtered in the illegal driftnet. (c) Tim Watters

Sea Shepherd has launched a campaign
called Operation Driftnet focusing on the illegal and destructive method of
driftnet fishing in the Indian Ocean, with a new video that exposes the brutal
reality of this fishing technique.

In January 2016, the Steve Irwin
(flagship of the Sea Shepherd organisation) intercepted a fleet of six ships
from the Fu Yuan Yu fleet in the Indian Ocean. They had been using driftnets, a
fishing method outlawed by the United Nations in 1992 due to its indiscriminate
capture of all sea animals in its path.

When the Sea Shepherd crew confronted the
poachers, they fled, leaving behind 4.5km of their nets. When it was retrieved
on board, there were 321 dead or dying marine animals inside, including
dolphins, sharks, seals and endangered bluefin tuna that had become entangled
in the nets and perished in agony. Only 20 animals could be saved and were
released back into the ocean.

The Steve Irwin crew documented the
carnage using video footage and numerous photographs. With the remoteness of
the location, the fleet had obviously thought that their illegal deeds would be
undetected. To aid in investigations, the crew has submitted the evidence they
recorded to the authorities.

According to the campaign website, the
objective of Operation Driftnet is “to locate the Fu Yuan Yu
fleet, to document and gather evidence of their illegal activity, disrupt their
operations and confiscate their illegal driftnets”. In doing so, the
operation will be shut down and attention be drawn to the resurgence of
large-scale industrial drift netting vessels on the high seas.

Siddharth Chakravarty, the campaign
manager and captain of the Steve Irwin, said: “Driftnets were banned in
1992 by a United Nations moratorium. The nations of the world were concerned 24
years ago about the negative impact of this form of fishing. Driftnets didn't
have a place in the world's oceans then and they don't today. Our role is to
ensure the ban is enforced.”

More information is available on the
campaign website: http://www.opdriftnet.org/home

The latest news dated 18 March 2016 on the
campaign website states that the Steve Irwin is
currently in pursuit of one of the fishing vessels, Fu Yuan YU 076. Keep
updated on this exciting development at http://tinyurl.com/hh8vz6c. 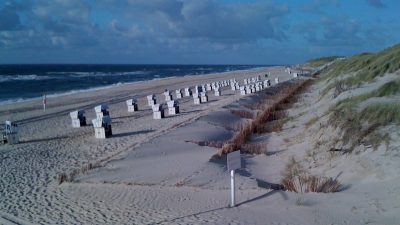