Pipefish give birth to conjoined twins 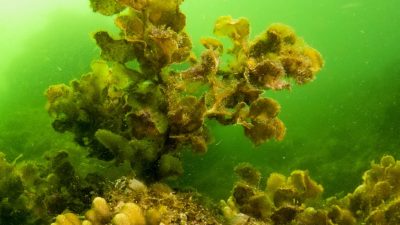 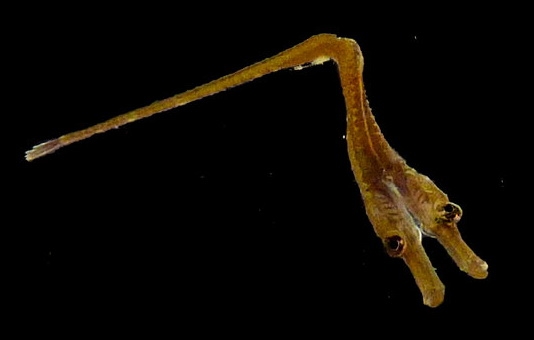 One of the newborn pipefish. (c) M. Grimm, GEOMAR 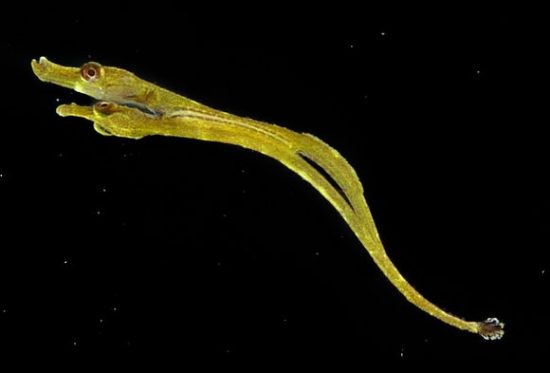 One of the newborn pipefish. (c) M. Grimm, GEOMAR

Extremely rare to have two conjoined twins within 24 hours

During a routine experiment, researchers at GEOMAR Helmholtz Centre for
Ocean Research Kiel made a very rare discovery: a pair of newborn
broadnosed pipefish that turned out to be conjoined twins.

The researchers Dr Olivia Roth and Maude Poirier had wanted to find out
how broadnosed pipefish in the Baltic Sea dealt with changes in the
salinity of seawater and whether their coping abilities would be passed
on to their offspring. However, when their test subjects gave birth
recently, the two researchers discovered two conjoined twins amongst
the new brood.

“Although I have been performing such experiments for seven years, this
is something that has never happened before,” said Dr Roth, a Junior
Group Leader in the area of marine ecology at GEOMAR. Since the animals
have been born under normal conditions that occur here in the Kiel
Fjord, it seems to just be coincidence for Dr. Roth.

The two young pipefish have already gone through several weeks of growth, so they are no longer in the form of larvae.

Conjoined twins are identical twins whose fertilised egg did not
completely separate when in the womb (or the brood pouch, in the case
of the pipefish). The probability of finding two conjoined twins within
24 hours is extremely low.

In humans, it occurs in every 200,000 pregnancies. Less than half of
such embryos survive the pregnancy, with one of the twins being
stillborn. The odds of both twins surviving the pregnancy are one in a
million. In the animal kingdom, conjoined twins are rarely encountered;
even if the newborns were to survive the birth, they are often rejected
by the parents and have trouble when moving around and foraging for
food. 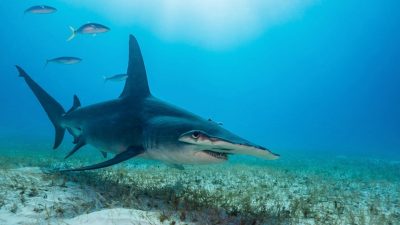