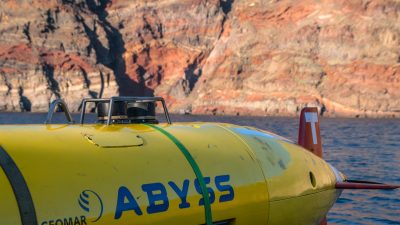 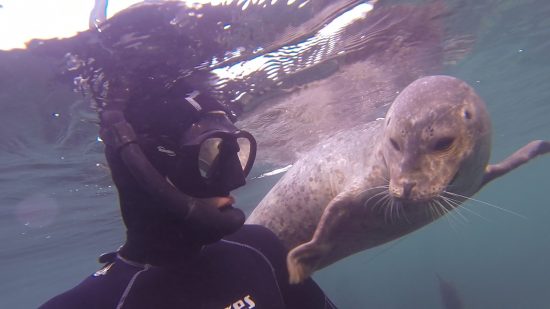 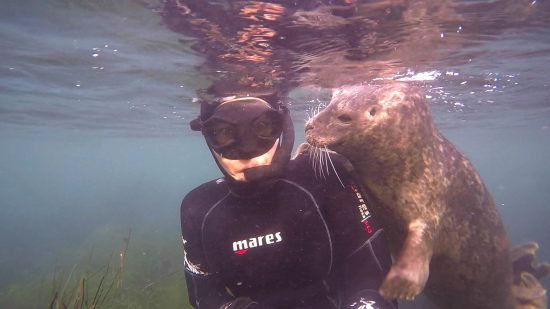 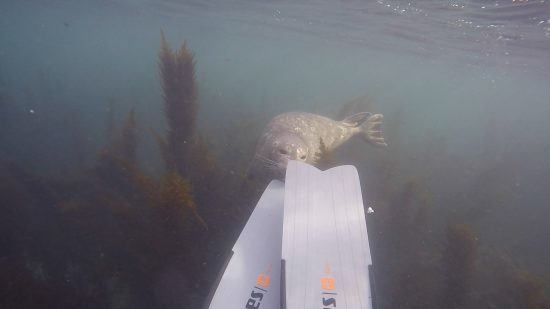 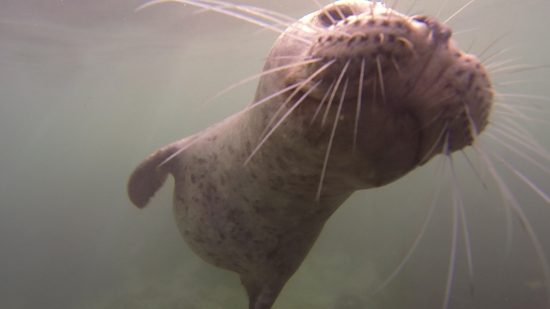 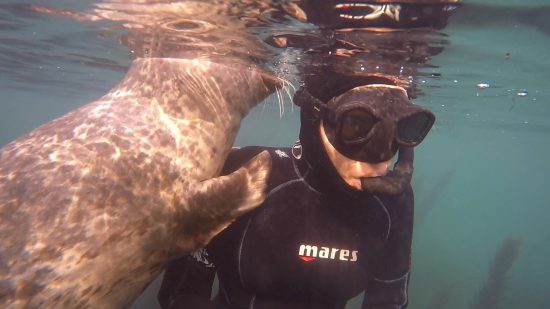 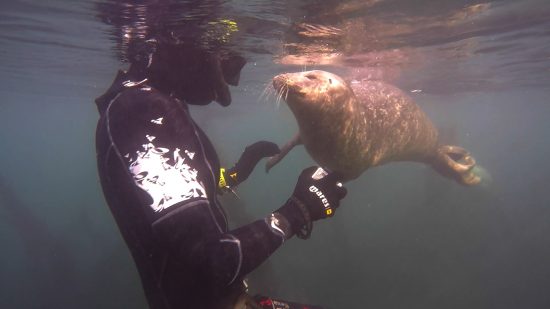 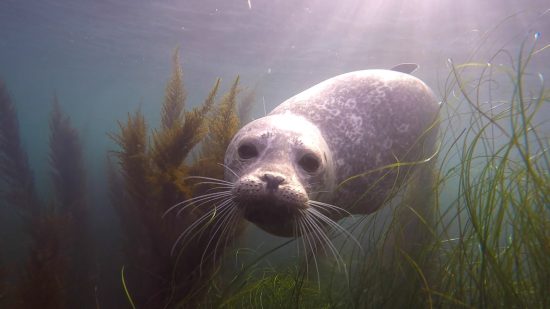 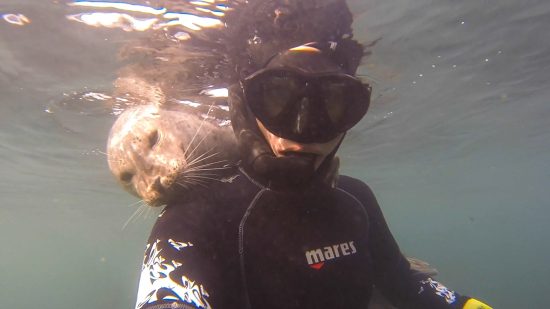 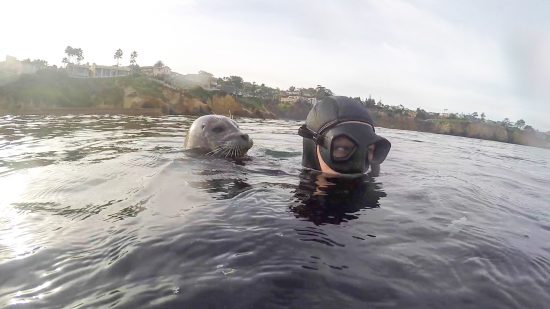 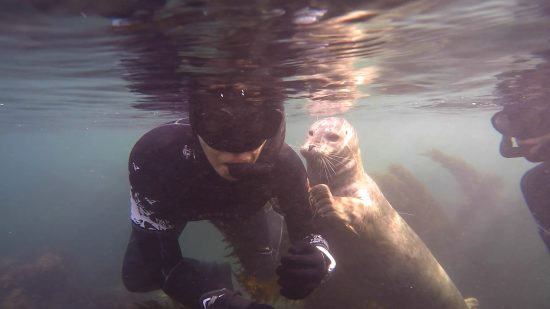 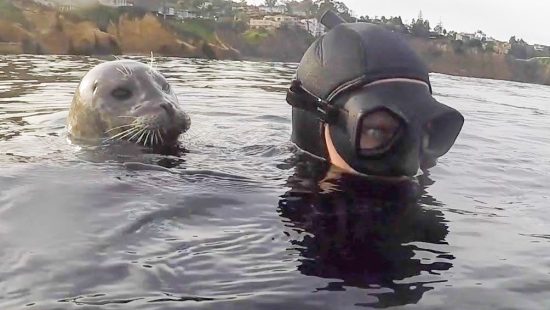 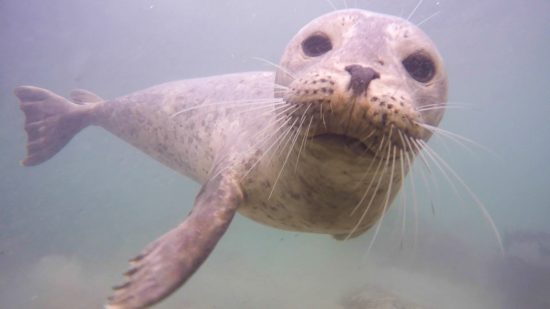 “What is that?!” I gasped as I
felt something tug my fin. I glanced over at Stephanie who was on top of the
water with her GoPro.
She had her camera pointed in my direction, face in the water, and I could hear
her giggling in her snorkel.  I looked
down and saw two huge black saucer shaped eyes peering up at me. Looking from
underneath my long Mares RAZOR freediving blades
my heart just melted.

Diving in Southern California
is never disappointing. There is such a diverse population of local animal and
plant life. Different species migrate through this area every year.  At various points in time, just steps off the
shore, you can encounter a multitude of shark species. Leopards, Horn Sharks,
Tope Sharks, Sevengills, Grey Smoothhounds. Even rare sightings of Great Whites
and Threshers. There is also a growing Green Sea Turtle population. A myriad of
rays, Grey Whales, California Sea Lions, Giant Black Sea Bass. Also, many other
interesting fishes and plant life.

On this sunny afternoon, Stephanie
and I parked in our usual spot near the ocean in La Jolla. With only a towel, we expertly switched
from our office attire to our ocean attire. We felt excited! We strapped on our
weight belts, pulled up our hoods, grabbed our masks, fins, and cameras then headed down to the beach access. The tide was low and we watched paddle
boarders skim the surface of the smooth water as we walked across the beach.
The gentle waves were rolling in as if calling us to come and play.

After entering the 58 degree
water, we donned our masks. We both began to snorkel toward our freediving
destination and that is when it happened. There were three of them. At first,
we just saw the first one who was tugging on my fin. They had found us before
we even knew we were there. Like 15-year-old triplets, these three harbor seals
were completely enamored. Checking out these two neoprene-covered creatures
that had entered their playground. They began to chase each other. Swooping
around us like little, fat torpedoes, sneaking peeks at us here and there.

When we realized there were
three of them, we knew we were going to have the encounter of a lifetime.
Before we knew it, these siblings of the sea were wrapping their little clawed
paws around our legs and arms. They began to feel and sniff the neoprene, most
likely to gain an understanding of what we were. I felt little claws scratching
my head and turned to my left, coming face to face with the cutest little face.
I reached my camera out and captured a selfie of my little sidekick and me. He
seemed to pose for the camera.  Then he
swam around the front of me and flipped over exposing his belly to me like a
cat would do. My only guess is that he wanted me to scratch him but I resisted
the urge, always keeping in mind that they are still wild animals and I needed
to always be cautious.

Over an hour later, we
realized that we had never even made it out to our freediving destination. We
decided to take leave of the adorable trio and get some diving in. As we
snorkeled out, the seals continued to follow us as if we were now adopted into
their pack.  We continued to enjoy the
seals company as we did our dive. They seemed to like it as we dove beneath the
surface to join them as they swam in and out of the kelp forest.

We ended our ocean time and as
we rinsed off, we recalled all our amazing encounters with our new friends. We
knew it was special and cherished the experience. We looked forward to reliving
it through our videos and photos later that evening. As we were ready to go, we
decided that next time we saw them, we would give them each a name because we
have now been accepted into their pack.

Check out our seal video from that day!

Stay tuned on our blog here
for more adventures and/or visit us on:

Hoang on Aug 28th 2020
Thanks so much for the post.Much thanks again. Really Cool.

ปั้มไลค์ on Jun 25th 2020
Like!! I blog frequently and I really thank you for your content. The article has truly peaked my interest.

Stefan Michl on Apr 18th 2017
Hi Margo and Stefanie, we are very happy to find you on the MARES blog! Please keep on blogging about your great adventures and experiences around La Jolla and the rest of the world! You guys are just awesome! Your Stefan 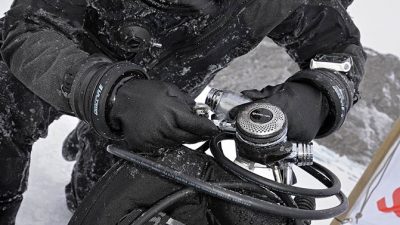 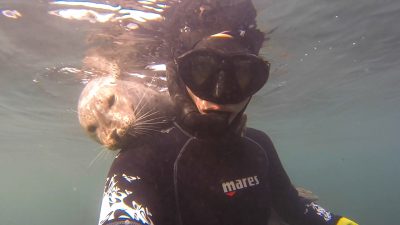