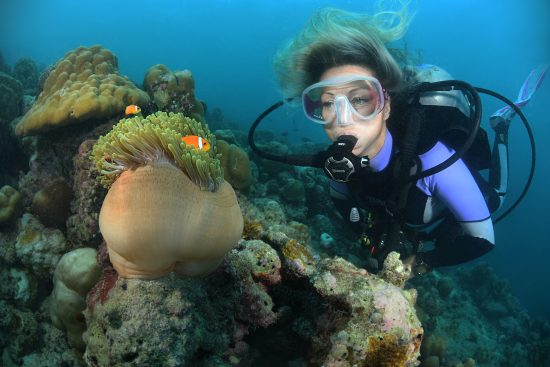 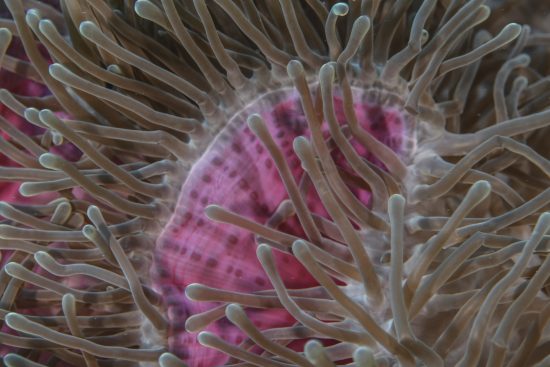 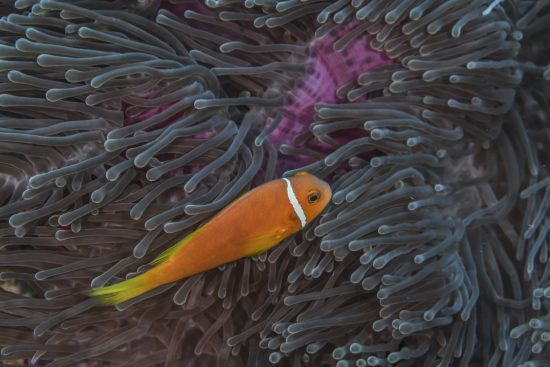 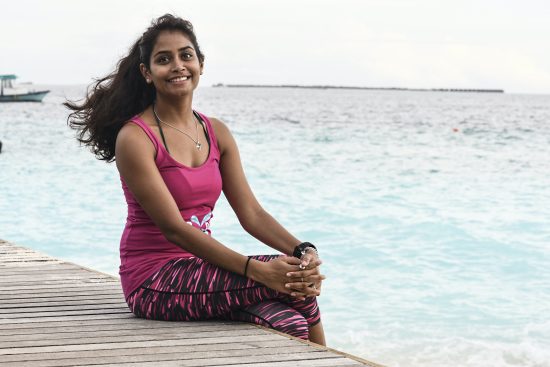 Sea anemones are a group of marine animals that are predatory in nature and are closely related to jellyfish and corals. Their name actually comes from a terrestrial flowering plant called anemone, because of their colourful appearance. An anemone typically has a cylindrical shaped body and a tuft of tentacles (with stinging cells called nematocysts) circling the mouth at the centre. These tentacles are usually expanded when they are feeding to catch their prey, and at other times they are retracted inside the body. Sea anemones feed on small fish, zooplankton, crustaceans, larvae and worms. The venom in their tentacles immobilises their prey.

Sea anemones can breed sexually and asexually, either by releasing their gametes into the water column which fertilise and settle on the seabed developing into a polyp, or by breaking in half and regenerating into individual polyps. They vary in size and can be as tall as 6 feet. They also tend to be very colourful, varying in shades of red, pink and white.

Sea anemones can thrive in waters with different temperatures and at different depths. However, they are mainly found in tropical waters. They live in waters that offer plenty of green algae, with which they have a symbiotic relationship. The green algae provides nutrition to the anemone, and in return the anemone provides a safe place for the algae to survive and gives access to sunlight.

Sea anemones also have a special relationship with the anemone fish or clown fish (most commonly known as the Nemo fish). These fish live in a mutualistic relationship with sea anemones, swimming among the tentacles, unharmed by the stinging cells (nematocysts), which are generally fatal to other fish. It is known that these fish have a mucous coating that protects the fish from the stinging tentacles. In return, the clown fish cleans parasites from the anemone’s body and prevents certain fish, like the butterfly fish, from eating the anemone’s tentacles.

Sea anemones add a unique quality to reefs around the world. Coral reefs around the world house an abundance of sea anemones, thus giving the reefs some “movement”. The clown fish living in these anemones also add an additional sound effect with their popping and chirping noises. In general, it is a sight for any diver or snorkeler to come by these animals. They are a great subject for underwater photography as well, especially when accompanied by their fish buddies or with little crustaceans among their tentacles. It is wise to not get too close to the anemones or touch them, as they will sting you, even though their venom isn’t strong enough to have too much of an effect on humans.

All images were captured with Nikon cameras in Subal underwater housing.