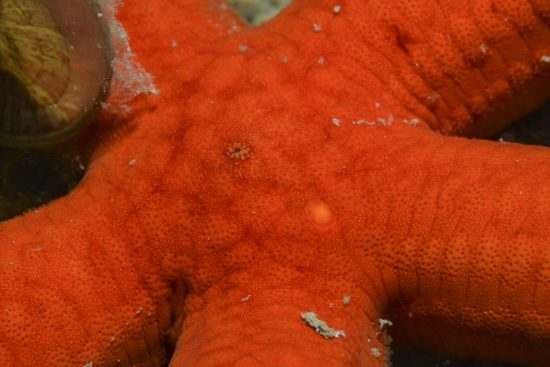 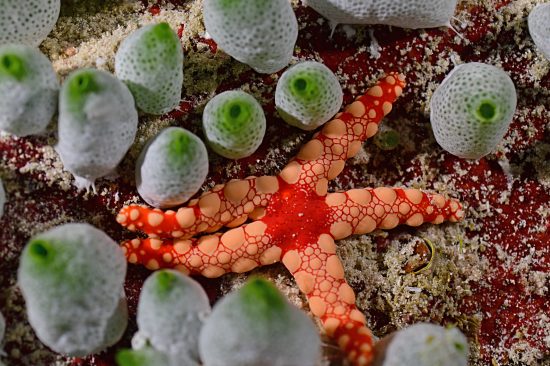 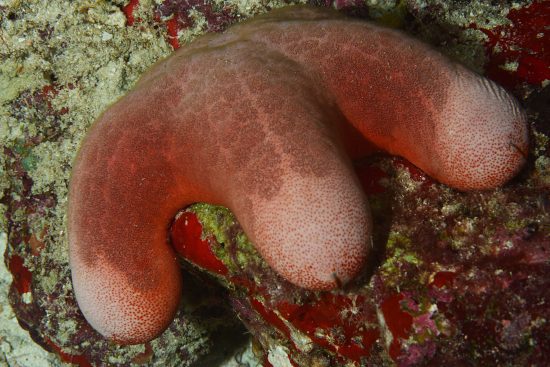 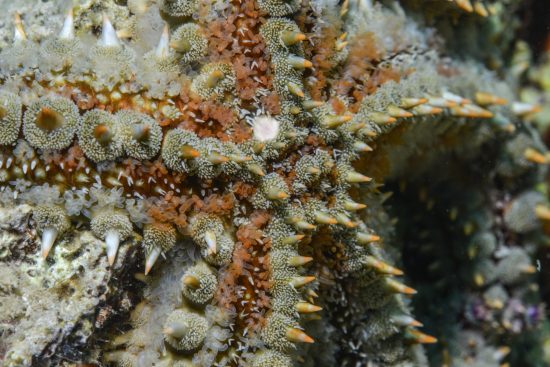 Famous not only on the TV thanks to cartoon character Patrick the Star, these animals are actually not fish, but echinoderms, close cousins of sea urchins and sea cucumbers. It might be more accurate to call these marine organisms "sea stars".

If you take a closer look at their anatomy, you may start to wonder how these animals are even alive. Seastars have no blood, no brains, and no gills, however, they have many secret superpowers that make them successful on the seafloor.

They have a set of tubes throughout their whole bodies which works as a hydraulics system, pumping water with nutrients through their arms.

When faced with predators, they rely on multi-level defences. Their first layer of defence is their rough skin made out of calcium carbonate (the same substance that snail shells are made from) which often displays bright warning colours. If this tactic does not prove successful, they bring their aces our of their sleeves: their amazing ability to regenerate. Each of their arms, if detached, can re-grow a whole new seastar and continue to roam the seafloor undisturbed.

These strange marine organisms are notorious for having eyes bigger than their stomachs. Literally speaking, this is not true, as seastars have very small rudimentary eyes on the top of their arms which do not enable them to have a sense of vision as we know it, but simply detect light and shade. They also have very big stomachs and are able to eat prey that is larger than their own body by using a strange party trick which involves ejecting their stomachs and digesting food outside of their bodies.

There are over 2000 species of sea star and they come in many shapes and sizes. Most of them have a recognizable star shape with 5-20 arms, but there are some extraordinary exceptions.

The Cushion Starfish is the most gentle member of the group. When born, they look like any other seastar, preying on clams with their powerful arms, however, as they age, their arms start to inflate, and after some time these seastars start to resemble pillows more than stars and change their lifestyle for a more calm one, feeding on corals and other non-movable sea organisms.

On the other hand, the Crown-of-thorns starfish has a reputation for being the most destructive seastar. It prays on the living tissue of coral reefs, and in healthy ecosystems has a role in maintaining the health of the reef, but in recent years, due to overfishing and habitat destruction, many reefs in the Red Sea, and the Great Barrier Reef near the coast of Australia, have seen enormous spikes in population growth of the Crown-of-thorns starfish. These population outbreaks threaten the stability of the reefs as these seastars can damage the reef at a faster rate than the reef can recover.