Tales from the History of Pula – Part 1 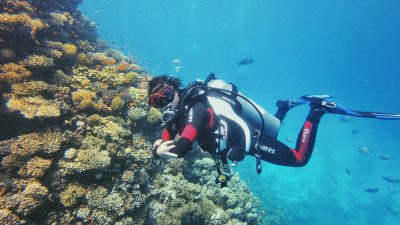 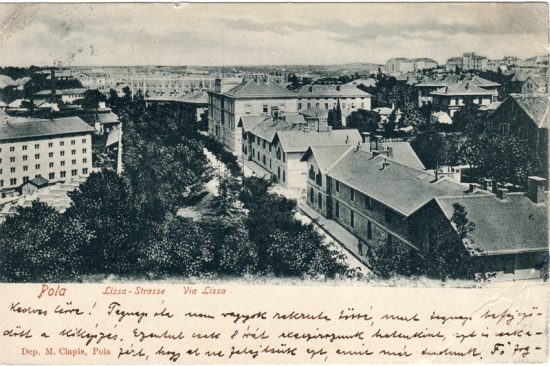 Lisa Strasse, Pula, where Ludovico Mares was born and lived 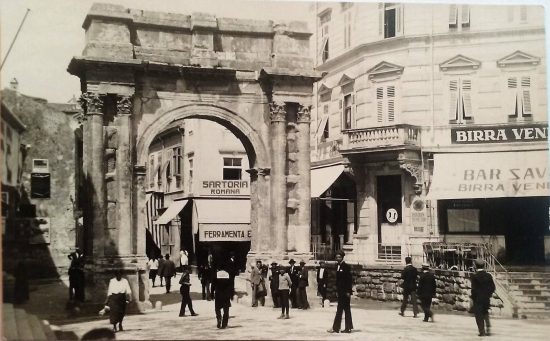 Ferramenta Pauletta in Pula's square, Portarata, where Ludovico Mares made his first mask 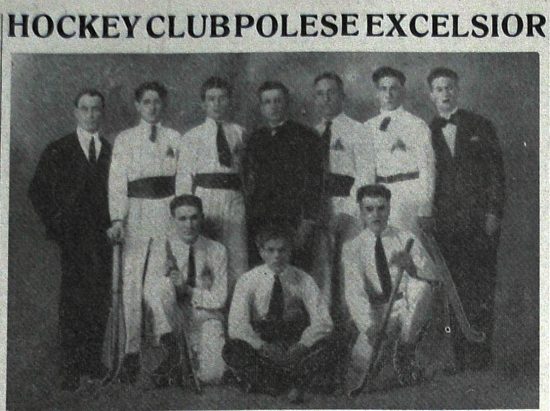 Ludovico Mares (second from left), a member of Pula Hockey Club Excelsior, who were the Italian roller-hockey champions, 1922 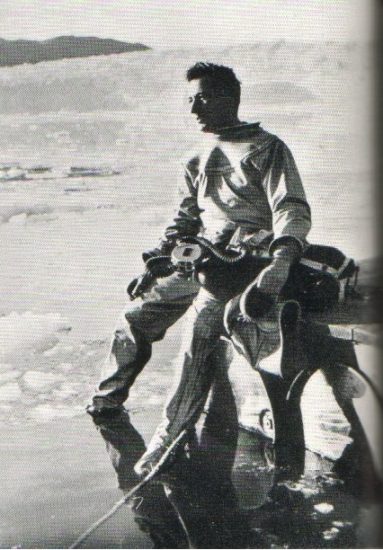 PULA-BORN LUDOVICO MARES BUILT THE FIRST SCUBA DIVING MASK FROM A CAR INNER TUBE AND GLASS ON THE PORTARATA SQUARE!

Not many brands instinctively evoke a sense of the summer and the sea like Mares does, a brand that remains synonymous with scuba diving and enjoying the sea’s depths. It is a little-known fact that the person most responsible for this is Pula-born Ludovico Mares, the founder and owner of the company that became the most renowned manufacturer of diving equipment in the world thanks to his inventions and patents.

Around the end of the Fifties / early Sixties, a new shop with a ‘Hunting and Fishing’ sign on its door opened in the former Prvomajska Street, just across the road from the first Ciscutti Theater. The shop had a large window that was changed twice a year. From fall to spring, the shop window featured hunting equipment, rifles, pistols and ammunition as well as taxidermy of wild animals and birds, however, by the end of May, the hunting equipment was replaced by fishing gaffs, hooks and trawl lines alongside somewhat shyly displayed fins, masks, spear guns and scuba diving equipment. For us, the children from the narrow streets of the old town of Pula, the sight of this window display was the first sign that in order to enjoy daily beach visits and swimming, a swimsuit and a towel would no longer be enough.

At the time, the masks, fins and other equipment branded with the big letters ‘MARES’ were only accessible to a few, and a childish longing for these rare accessories remains in the collective memory of a whole generation that was growing up in the mid-Sixties. Not many brands instinctively evoke a sense of the summer and the sea as Mares does, a brand that remains synonymous with scuba diving and enjoying the sea’s depths. It is a little-known fact that the person most responsible for this was Pula-born Ludovico Mares, the founder and owner of a company that became the most renowned manufacturer of diving equipment in the world thanks to his inventions and patents.

It all began in Pula, only about one hundred meters from the aforementioned shop, at the end of today's Sergijevac Street, at Portarata, in the area of metal stores and the Ferramento Paulletta tool shop. At the place where today a hairdressing salon stands, twenty-one-year-old Ludovico made the first diving mask from a car tire inner tube and round-cut glass.

Ludovico Mares was born in Pula on February 10, 1898, at Palazzin, former Lissa Strasse. He was baptized a month later in the Pula cathedral, as Ludovicus Franciscus Maresh.

Ludwig, as his parents called him, was the first child for Arsenal worker Vincent Mareš and Ivana, the daughter of Martin Maglica, a wine merchant arriving in Pula from the Dalmatian hinterland.

Ludwig's father, Vincent, came to Pula in search of a job from the Czech Republic, the northern part of the Austro-Hungarian monarchy. At the time, Pula was the major naval base of the monarchy. He was employed in the dockyard as a ship mechanic and, after having started a family, he settled in the new Palazzine neighborhood in the San Policarpo district. Little Ludwig had a happy and carefree childhood in this neighborhood, surrounded by the children of naval officers and well-paid navy yard officials.

Hunting fish with a sling-shot

In his early childhood, he mostly spent time with his neighbor and peer Paula Preradović, who lived with her father until she turned fifteen. Her father was naval officer Dušan Preradović, the son of a well-known poet who was also an Austrian officer.

Similar to other youngsters from Pula, young Ludwig liked to run after the 'balla de strassa' (as Pula's inhabitants called the improvised ball made of rags), however, he preferred going for walks to a shoal in front of the island of Sv. Petar (St. Peter), right under the workers' quarter Barake, where among the workers he learned to fish with a slingshot made of sharpened umbrella wire.


We can assume that young Ludwig was very skilled in this type of fishing - he bought his first roller skates from profits made from selling surplus fish caught in the clear waters of the Pula Bay. When weather conditions were not suitable for fishing, he spent most of his time roller skating on the concrete surface of the, then still unfinished, skating rink Excelsior, today's Pattinaggia. The sports chronicles of Pula noted him as the winner of many tournaments in speed roller skating, and later in 1922, as a member of the Pula Hockey Club Excelsior, who were the Italian roller-hockey champions, a popular sport at the time.

In the next installment, find out about Ludovico's life in WWI, his introduction to diving, WWII and moving to Italy...

Discover the world of Mares at mares.com

steve clougher on Dec 29th 2021
Hi Mares people. I have a clear silicon Mares Prima dive-mask. I bought it in Cronulla, in the south of Sydney. The dive-shop person told me it was the first silicon mask ever, on the market. For years it fogged up, then, gradually it stopped fogging. I can't remember which year, but could it be 1974? It is my best mask. I used it today. It doesn't look quite as good as it did, but neither do I. It still works perfectly, just a little stiffer. It is astonishing that you got it so right, the first time!

ปั้มไลค์ on Jun 21st 2020
Like!! I blog quite often and I genuinely thank you for your information. The article has truly peaked my interest.

Mares on Sep 06th 2019
Hello Anton, Thank you for your great article! If you have any photos you would like to send us that would be great! :) Please write to us at contact@mares.com Thanks and best regards, The Mares Team

anton percan on Sep 05th 2019
Dear Mares team, thank you to publishing my article of Mares' biografy. If you have interest I can send you some pictures about Mares' life, particulary from his life in his born city Pula. Best regards Anton Percan 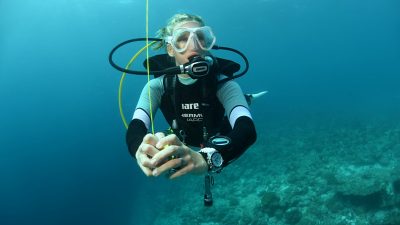