Totonno – the jewel of the southern Adriatic 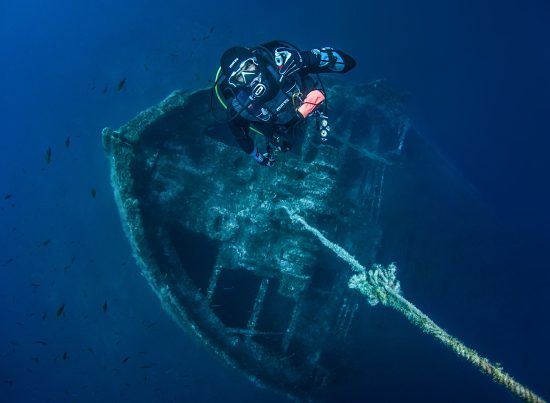 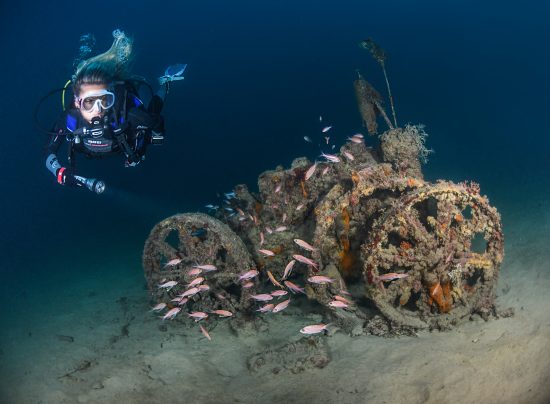 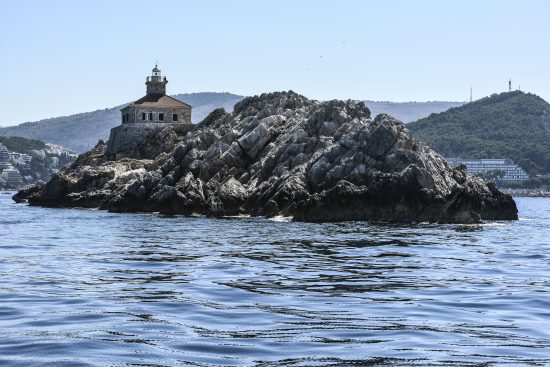 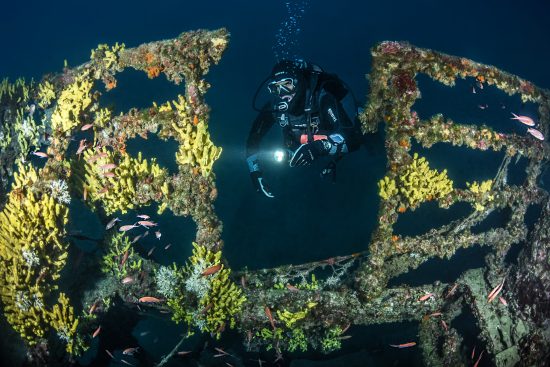 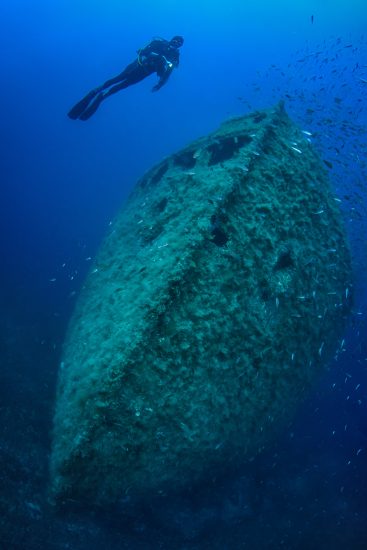 The Italian steamer 'Totonno' was built in 1899 in the shipyard Rijekee & Co. in Rotterdam. During its working life, it changed its name several times, as well as its owners. It sailed into World War II as a part of the Italian Navy. It was under military command until February 15, 1943. On that day, it was transporting cargo for the needs of the Italian army and sailed into the port of Gruž, near Dubrovnik, Croatia. It remains a mystery whether Totonno entered the Italian minefield due to a mistake in navigation or while hiding from the enemy. In front of the Grebeni lighthouse, an underwater mine had been activated, which in a powerful explosion, opened a large hole in the bow of the ship. The captain's attempt to steer the ship towards the shallower waters in front of the lighthouse failed and the ship quickly disappeared below the sea.

The bow of Totonno first touched the bottom at the edge of a 25m deep reef. The stern was on the surface for some time, only to soon descend into the depths. It hit the bottom hard at a depth of 50 meters. This resulted in the ship breaking so that today, the bow is standing at an angle of 60 degrees, giving it a special charm.

The dive at this location begins in blue, by the anchor rope to which the buoy is tied. There is a medium strong current on the surface, but it stops after just a few meters. Visibility is at a common level for the southern Adriatic. After ten meters, the bow becomes visible. It slides slowly down to the breaking point, from where the ship is slightly turned towards the depth. It gets a little darker there, so it is not a bad idea to have a lamp with you for a better experience of the whole wreck.

The cargo that Totonno was transporting is very interesting. There were three tractors on it. One is overturned at the stern, while the remaining two are to the right of the ship, on a flat bottom. They stand on their wheels as if they could move at any moment. So far in my career, I have dived on sunken ships, planes, submarines, tanks, helicopters, but this is the first time I have seen a tractor underwater! Three of them, to be exact!

However, you should pay attention to the depth, because time passes quickly on this very interesting wreck. It is primarily recommended for experienced divers. It is also possible to enter the ship, as there are plenty of entrances and exits from the lower deck. In addition, the living world is extremely rich, both in the wreck itself and in the blue.

Note: Among local divers, but also online, this wreck is called 'Taranto'. This name has become familiar, although the real name of the ship is 'Totonno'.