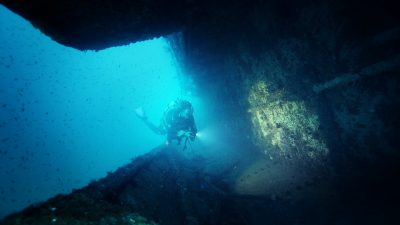 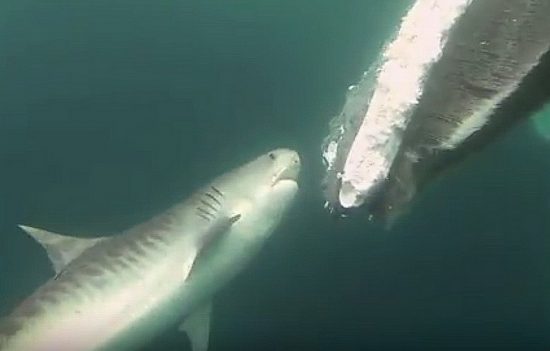 Feast for both sharks and divers

It's not something you come across every day: A floating whale carcass
on the ocean surface... with some 40 sharks feasting on it.

So when diver Emil Pirzenthal learnt about a whale carcass some three
kilometres off KwaZulu-Natal, South Africa, he and his friends headed
out to take a look.

At the scene, four scuba boats were already there, surrounding the
carcass. Although there was much excitement amongst the divers, no one
dared to enter the deceptively calm waters.

After a preliminary dive with a snorkel, the divers decided it was safe
to dive in without a shark cage. One by one, they entered the waters
with their cameras; and what a visual treat it was!

Beneath the surface was a flurry of excitement caused by three great
whites, 20 tiger sharks, more than 15 bull sharks, and some dusty and
blacktip sharks. As the divers clicked away, the sharks feasted on the
massive whale carcass, totally ignoring the divers.

Then, when the ocean currents started to move the carcass to the beach
at Scottburgh, the divers tied a rope to the whale's tail and pulled it
further out to sea. Thus, the sharks were able to continue their feast,
safe and far from human civilisation. 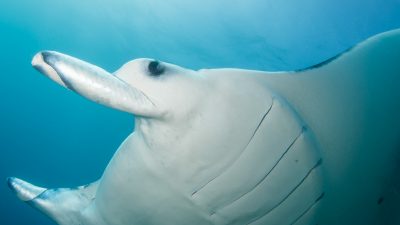