Appearances can be very deceiving! The Mantis shrimp… 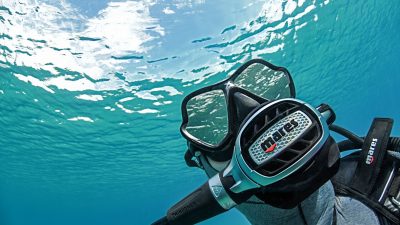 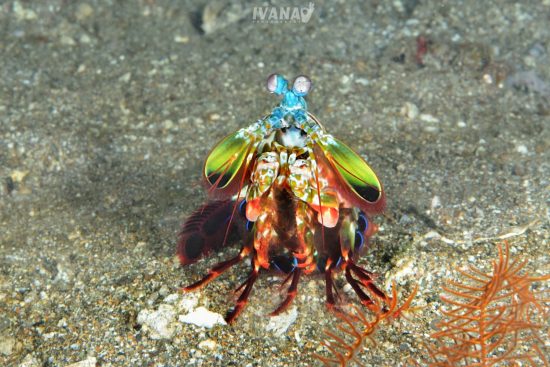 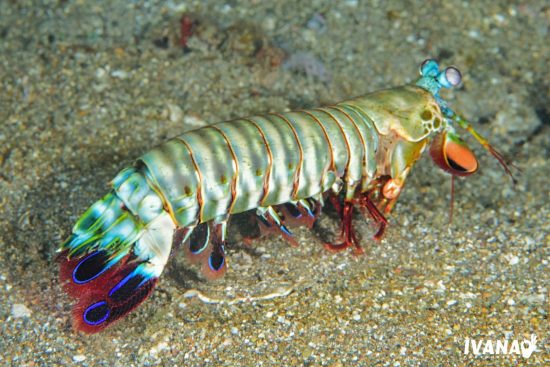 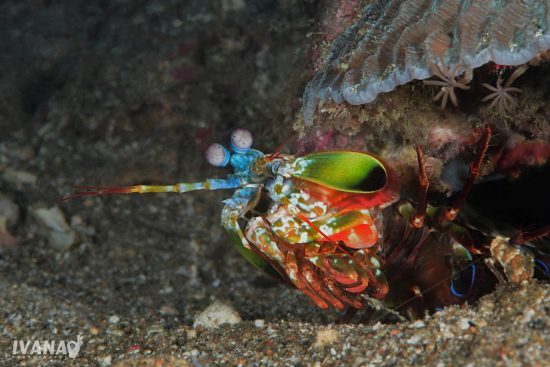 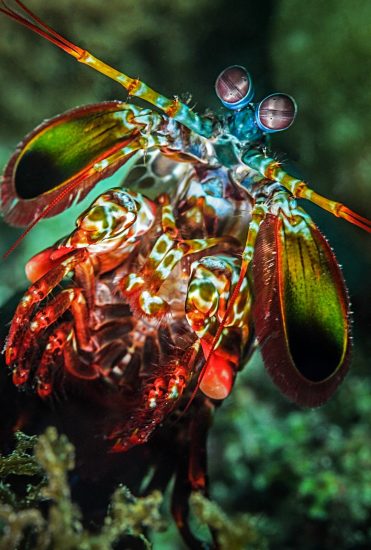 I have always thought that Mantis shrimp are one of the most beautiful creatures you can find and photograph in shallow, warm, tropical and subtropical waters. Their colourful appearance can mislead us in to thinking that they are cute and friendly, but nothing could be further from the truth. They are powerful, armoured killing machines. Usually small in size, at about 10cm, with the largest ever caught at almost 50cm in length, they are small, fast and deadly.

Their second pair of appendages are highly specialised and modified into powerful weapons. Out of 450 species of Mantis shrimp, they only have 2 types of specialised weapon: spears or clubs. These appendages are powerful and can cause serious damage to their prey, which is often much bigger than themselves. Their blow can produce a force of 1,500 newtons at a speed of over 80km per hour. They move their appendages so quickly that the water around them boils (supercavitation) and when the bubbles produced by this movement break, the very high temperature inside them kills their victim instantly, also producing light waves in the process.

Their stalked eyes can move in opposite directions and they are known to be very complex, with numerous types of photoreceptors (16); a lot more than the 3 types found in humans! They have excellent eyesight and are able to see an extensive range of colours.   They are not like other crustaceans, as their carapace only covers part of the head and the first four segments of their body. It is so hard and able to withstand immense pressure that the composition of their carapace is currently being investigated.

They have the nickname “thumb spillers” therefore it's better if they are admired from a distance and not handled. They are able to break the glass of an aquarium, proving the fact that appearances can be very deceiving. They live on their own and don’t hang out together and if kept in captivity will eat everything and everyone around them. With very few natural predators, they are not in danger of extinction, but they are an important part of the marine ecosystem and keep other species in check.

So, admire these incredible creatures from a safe distance and be aware - appearances can be deceiving, even in the underwater world!


If you're a marine biology enthusiast, why not check out these program's from our friends at SSI: