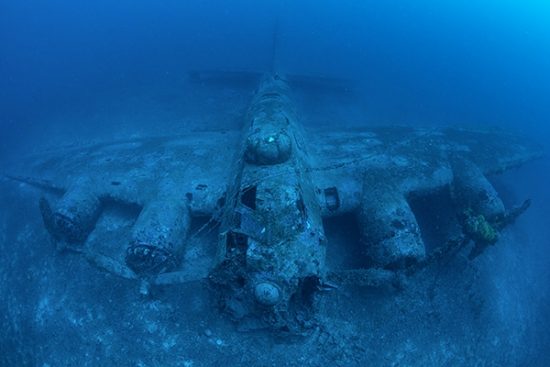 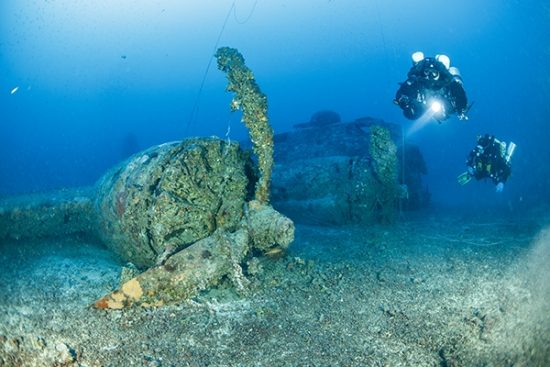 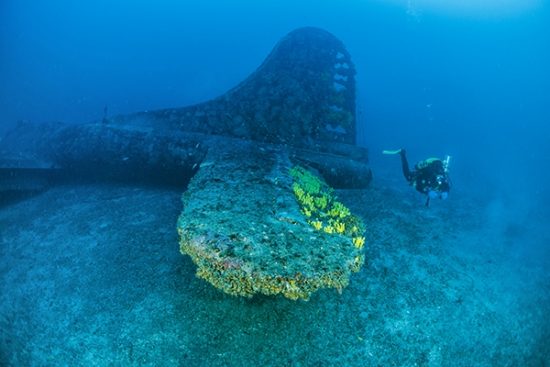 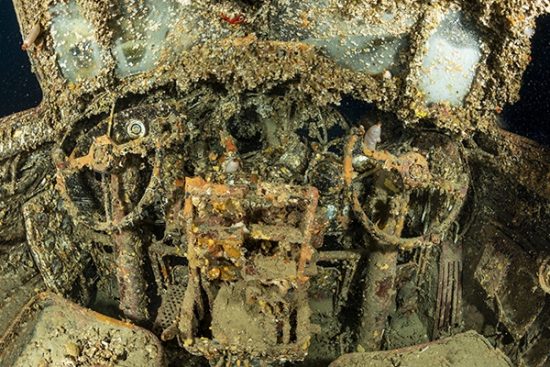 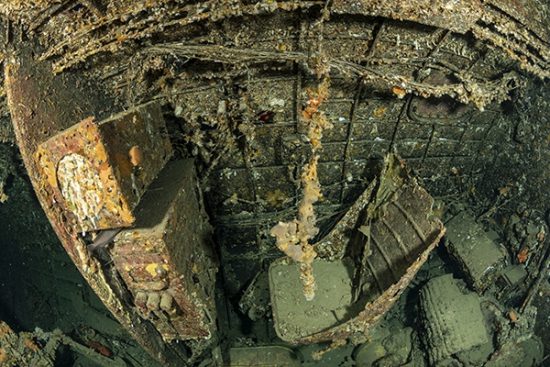 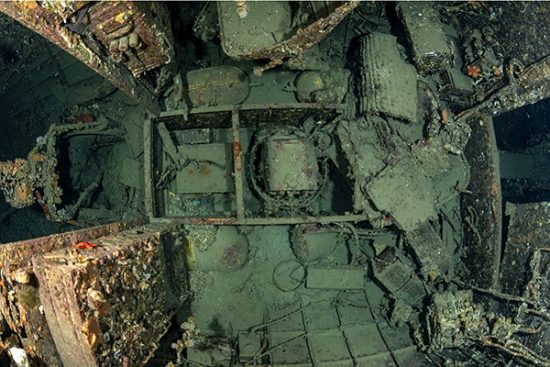 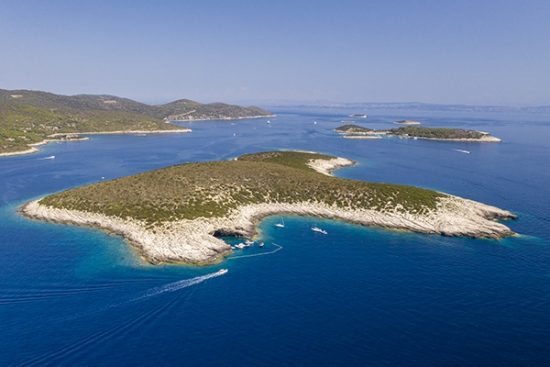 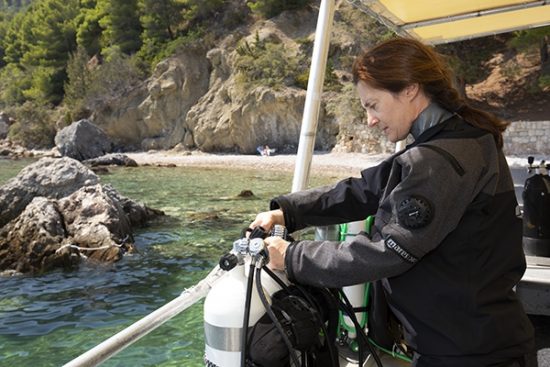 The water surrounding the tiny island of Vis is the perfect guardian of many wrecks belonging to several historical eras. The aircraft wrecks are one highlight of the dives, but there are also many shipwrecks, several of which are vast and need multiple dives to explore.

In Vis, every diver can find his own cup of tea: there is room for recreational divers, the most extreme technical divers and CCR users.

Vis has seen all the ways of warfare at sea, and its waters have been bloodied many times. For many years, it was a forbidden, restricted military area. It was not until 1991, when the iron curtain finally came down, that it opened up for tourism and diving.

We came back to Vis (namely to Komiža) to specifically document the wrecks of three airplanes which sank during WWII. On the island there was a small but secret landing strip, used for the emergency landings of USAF bombers, which are the main reason why there are so many aircraft wrecks around the island.

There are some reasons why we regularly come back and dive here, well, other than the superb visibility and the quality of the wreck's conservation, we like to dive with professionals, and Manta Diving Centre (a Mares representative) is extremely well organized both for technical / CCR and recreational dives. This year we also caught up with Damir Zurub, a dear friend and Mares Ambassador.

Our main underwater focus was the wreck of the US Bomber B-17G Flying Fortress, serial number 44-6630, from 340 Bomb Squadron, 97th Bomb Group. The brand new aircraft arrived at the base of Amendola (Italy) on the 3rd November 1944 and it sank only three days later, on the 6th November 1944, close to the village of Rukavac. It was a four-engine heavy bomber developed in the 1930s for the United States Army Air Corps (USAAC). During its first (and last) mission, it flew to Vienna. After it unloaded its cargo, it was hit by German Air Defence over Slovenia and headed to Vis island, the closest Allied airport, in an attempt to land there. The pilot landed on the sea (instead of on the small airstrip) very close to the coast, allowing the crew to evacuate in inflatable rafts. Thanks to the wide, low positioned wings, the B-17 floated on the surface for some time before it sank to the bottom, mostly intact.

Due to its depth (65m to 72m) and position, this wreck can only be dived with good weather, since anchoring can pose some problems if there is current. With clear water, descending in the blue along the rope, when you reach a depth of 40/45m you can see the silhouette of this large aircraft (22.6m long – 31.6m wide). It is leaning on its left set of landing gear and tail wheel, while the right wing lies on the sand. The nose crushed when it hit the seabed, but the pilot’s cockpit and the rest of the aircraft are completely intact. The side windows of the cockpit are open and the glass of the ceiling window is missing. Looking through the windows, you can see the interior, the instrumental panel, the levers, control yoke, seats : everything is in the place as it was when the aircraft sank.

Heading towards the tail, we come across the radio cabin hatch. There is a mountain with the Browning calibre 12.7 mm machine-gun, which was once used by the radio operator. On the tail of
the aircraft, there is a turret with two machine-guns. Below the wings, you can find mottled groupers, which slowly and carefully hide in the shadows of the wings when divers approach.

The engines on the wings, along with their propellers, are completely covered with algae and crustaceans which hang like bunches of grapes. Below the left wing, the large wheels of the undercarriage are visible, sunk half-way in a layer of sand and the shells of dead crustaceans. The aircraft offers an unforgettable view for technical divers, while recreational divers are not allowed due to the depth and complexity of this dive.

ClintonNoict on Feb 06th 2022
I'm not sure where you are getting your information, but great topic. I needs to spend some time learning more or understanding more. Thanks for fantastic information I was looking for this info for my mission.