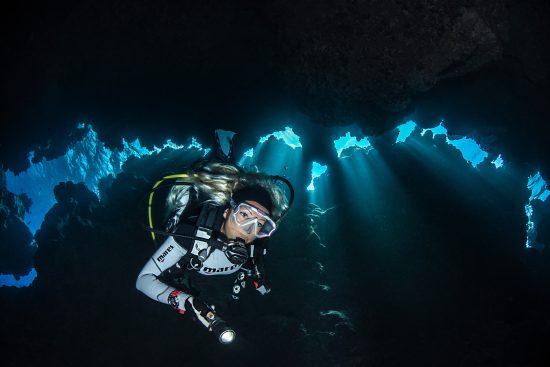 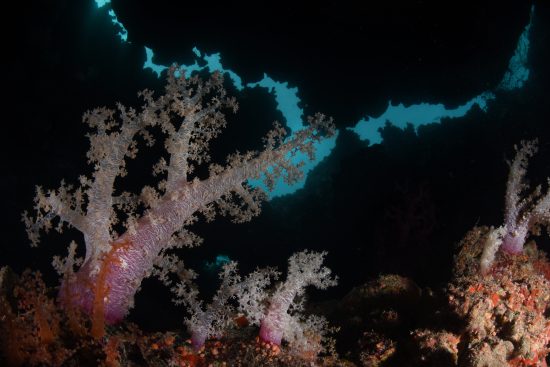 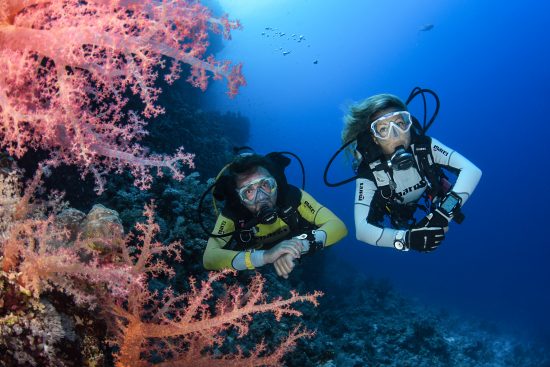 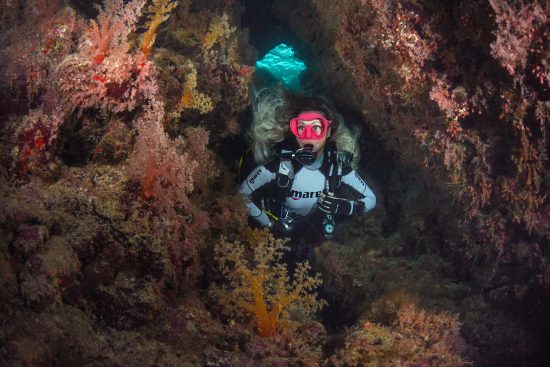 After diving on Daedalus and Rocky Island I thought that was it, we had seen the best on this safari. However, it was Zabargad's turn...

As soon as we jumped off the boat, corals appeared below us with a drop off on the right side. We proceed to the edge of the ridge in search of some larger sealife. Nothing. Visibility was solid considering that the wind had been blowing for days and that the sand was visible even in the air.

We slowly returned to the reef. I saw unusually configured rocks, like gates. That's when my famous curiosity for discovery and research began. I turned around and asked Jonas, our dive leader, if I could go and see what was behind it. With a strange smile he gestured at me to go ahead.

The "gate" made of rocks was full of life! Everything was full of movement, color, shape. At that moment, I wished I had special headphones so I could hear what these beautiful sea creatures were talking about. Behind the gate, I saw an opening which appeared to be the entrance to a cave. I was left sppechless, surprised by the beauty of the scene that was in front of me.

I entered slowly to absorb every single detail. All the time I had the feeling that I was entering a hidden city, located at a depth of only 7m, with soft corals in different colors and shapes all around the walls. I moved from room to room, seeing different inhabitants in each of them. Yellow fish, shrimp, puffer fish… millions of eyes watching us.

We continued through the maze, admiring it and feeling like we were in a movie. Suddenly, on the opposite side of the entrance to the cave, an exit appeared which led to the sandy lagoon...

I felt total fascination, happiness, and gratitude that our office is at the bottom of the sea, and instead of a well-paid, standard job, we have the privilege of having such experiences on a 'business day'! We turned slightly back through the labyrinth while the rays from the ceilings illuminated our path and beautiful soft corals.

During the dive, we did not know whether to take photos or videos. The moment I reached the exit and took a photo of a pink soft coral and a beautiful window in blue, I saw a huge old turtle that seemed to be the guardian of this hidden city. It marked the end of the dive. Definitely one of the most beautiful dives of my life. It was time to ascend, and all three of us looked at our computers…99 minutes of absolute beauty. I did not want to surface yet I had to. I would be back again.

(This blog is dedicated to all the plastic surgeons of the world: you can do some amazing things, please unite and make us some gills. You would have a lot of work!).

Special thanks to Jonas Heeb for being a fantastic dive leader.