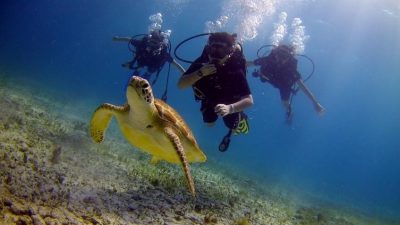 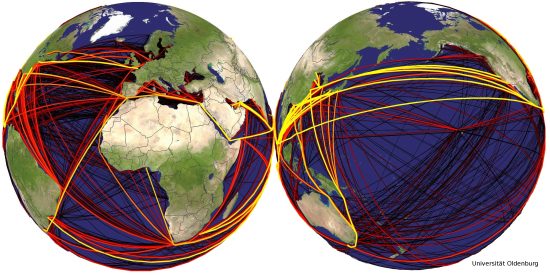 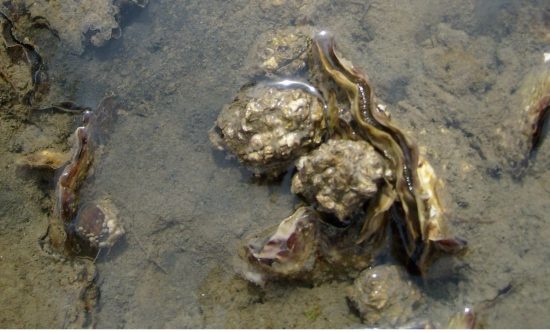 Introduced into the North Sea: the Pacific oyster. (c) Sonty567 at nl.wikipedia (own work (Transferred from nl.wikipedia))

Scientists from Oldenburg and Frankfurt
have modelled how the global shipping routes leads to the spread of invasive
plant and animal species. According to them, an increase in invasion can be
expected to take place in the future, especially in regions with high shipping
traffic and rising temperatures.

The conclusions of the study have been
published in the latest issue of Proceedings of the National Academy of
Sciences (PNAS).

Cargo ships travel the world and connect
countries with one another across vast distances. The intruders brought into
the new environment can alter entire ecosystems and cause billions in damage.
The new modelling method, developed under the auspices of the University of
Oldenburg's Institute for Chemistry and Biology of the Marine Environment
(ICBM), can also be used to predict future invasions of animal and plant
groups.

According to lead author Dr Hanno Seebens
from Senckenberg Biodiversity and Climate Research Centre in Frankfurt, these
trading networks transport not only goods but also plants and animals which
arrive as stowaways and spread across the world. A variety of species can be
found travelling in ship hulls and ballast, and managing to survive the long
journey, for example, from Singapore to Hamburg.

Essentially, with the introduction of such
human activities, these plants and animals reach areas that they otherwise
could not have reached, said Dr Seebens.

Together with colleagues from the  ICBM and Senckenberg Biodiversity and Climate
Research Centre, he developed a method of modelling such invasions. “It is important to know
when and where animal species migrate into our oceans, so as to avoid or reduce
their negative effects,” Dr Seebens added.

Professor Dr Bernd Blasius, university
lecturer of Mathematical Modelling at ICBM, explained that for the simulations,
they had used a mathematical model which combined information about ship
movements and size with water temperature and the salinity of the water to
determine the likelihood of an invasion.

Similar models had been applied before,
but without much success. Hence, the researchers adjusted their calculations
and also integrated the distribution maps of potentially invasive species to
enable them to predict the type of species likely to be introduced to a
particular marine region.

According
to the study, the North Sea is expected to experience more instances of
invasions. The reason for this is the similar conditions in the North Sea with
the seas around Japan and China. In addition, these areas are well-connected by
extensive shipping routes. “In the North Sea, we had classified two new algae
species – Prorocentrum minimum
and Polysiphonia harveyi – as high-risk species. Our predictions have been
confirmed,” said Seebens. 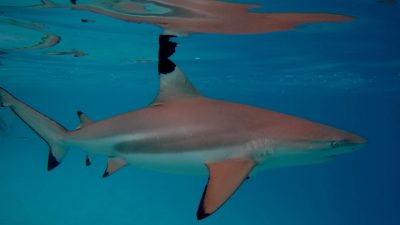