Mantas – the gentle giants of the seas 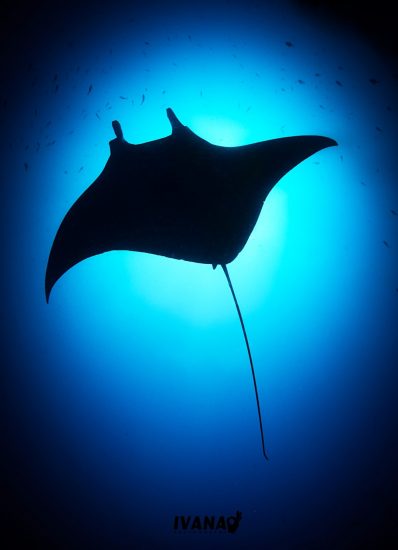 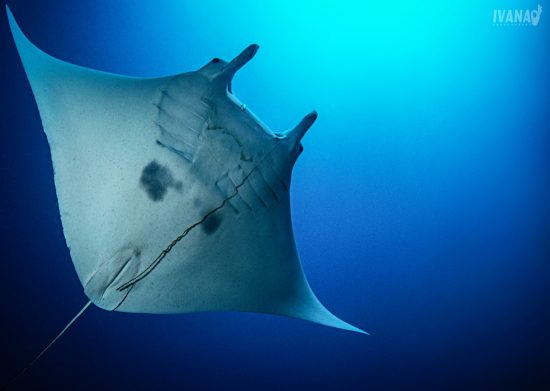 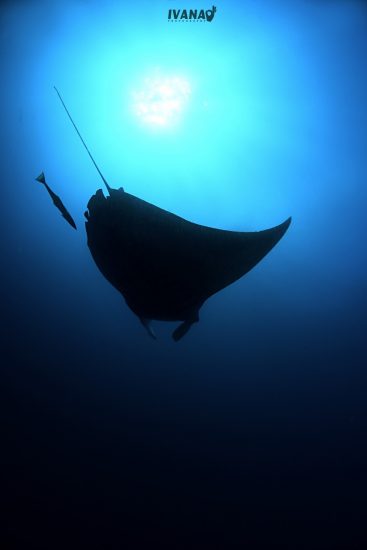 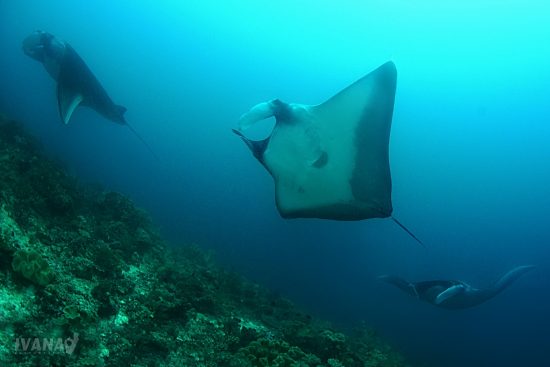 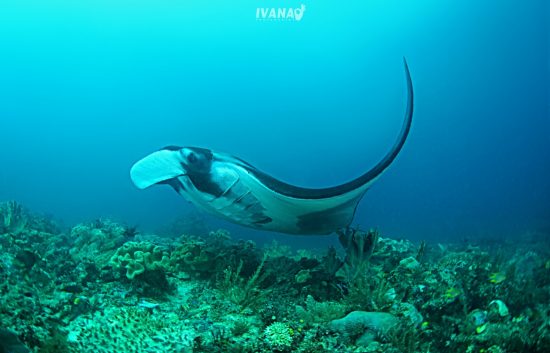 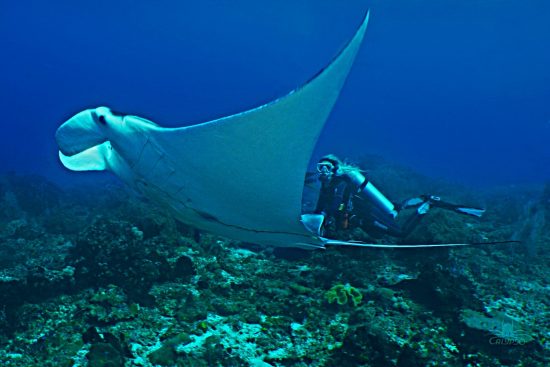 Manta rays – the diver's dream. Belonging to the family Mobulidae, there are two species of Manta Ray often seen and admired by divers: Manta birostris –
the giant of the seas and Manta alfredi - resident to local reefs.

These giant fish are entirely harmless to humans and only consume vast amounts of plankton every day to sustain their enormous bodies. They belong to the same family as sharks and other rays - elasmobranch. They do not breathe air but use their gills to breathe underwater and, like other species in the family, they cannot stop moving or they will drown, so there is no rest for mantas, ever.


Their wings are in fact triangular pectoral fins with broadheads and “horns” on either side of their always open mouths; their large eyes observe the world around them. They are horizontally flattened with gill slits positioned on the underbody. They feature a shortened tail in relation to their body size which is lacking in skeletal support. They are covered in mucus to prevent infections. They move by moving their fins up and down, driving water backwards and supplying oxygen to their gills which also act as a sieve to collect food.

Their colouring makes them unique, and individuals can be recognised by comparing their distinctive markings. The two species differ slightly in their appearance with the larger Manta birostris having more angular shoulder marking and larger dark spots on their belly, dark outlines on their wings and dark coloured mouths. The smaller reef species have more rounded shoulders with pale and white spots underneath. Even though they vary in colour with either dark or white colouring, genetic studies have shown that the different colours do not separate them into different species, but their genetical differences as well as size and behaviour do.

Manta birostris are oceanic mantas which grow up to 9m and can weigh up to 2 tonnes. Manta alfredi, reef mantas, are smaller, growing up to 5.5m in wingspan and weighing up to 1.5 tonnes. The wingspan of mantas is around 2.2 times the length of their body. They are long-living creatures estimated to live between 50 and 100 years in the wild.

Both species visit reefs to be cleaned and to feed, but they live in the pelagic zones in the oceans. The bigger oceanic mantas cover a broader geographic region and migrate between temperate and subtropical and tropical water. They venture further out to sea, feeding on areas of upwellings and seamounts. The reef mantas prefer to stay closer to home, often seen among coral reefs, atolls, bays, tropical islands and upwellings associated with coastlines.

It takes a lot of zooplankton to feed such a giant organism, and this seems to be the reason for the larger species to migrate, chasing after food while swimming with their mouth always open and continuously filter feeding; taking advantage of highly productive areas. They are known to eat 13% of their body weight each week.

It takes mantas 10-20 years to reach sexual maturity. Female mantas play hard to get, and it can take up to a few weeks for the males to compete with each other to succeed in securing a mate. Their “mating train”, where the males follow the female around the reef, is exhilarating to watch, with the female picking and choosing the perfect mate. She does not make it easy, flying around the reef testing the fitness and agility of the prospective suitor. The fastest and fittest male wins the race and bites onto the females left wing to secure him into the mating position.

Successful mating leads to a fertilised egg growing inside the female uterus and producing a mini-manta (sometimes two) which is born after around 1 year. The “little one” measures 1.5m at birth and is usually born at night in shallow waters. They give birth every 2-5 years on average, are slow to reproduce, have a long gestation period, a small litter size and late sexual maturity - all features that can lead these majestic creatures to extinction when overexploited.

In the wild, their main predators include sharks and killer whales, but the biggest threat to these amazing creatures are humans. They become entangled in fishing lines and nets as they cannot stop and keep moving, entangling themselves even further, sustaining fatal injuries and drowning. They are also actively hunted for their meat, oil and on a large scale for Chinese medicine that uses vast amounts of manta gills, leading to diminishing numbers of mantas present in the oceans.

Both species are classified as “vulnerable” by the IUCN Red List and protected by international regulations; research is ongoing to get to know mantas better and to protect these gentle giants more efficiently. As recently calculated, a live manta is worth much more in revenue from tourism over its lifetime (around $1 million) whereas a dead manta is worth only $40-$500. This should be even more of a reason to protect these amazing creatures, every divers dream.