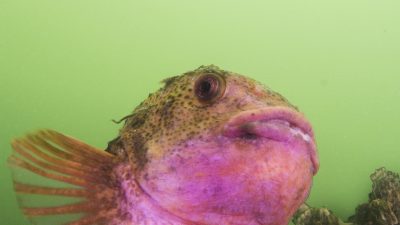 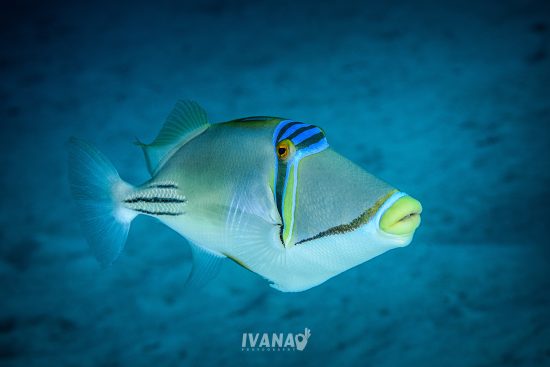 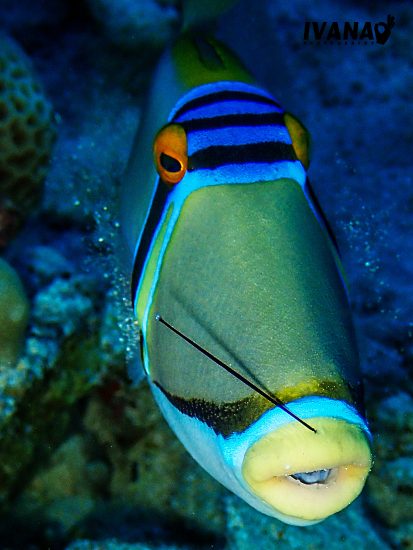 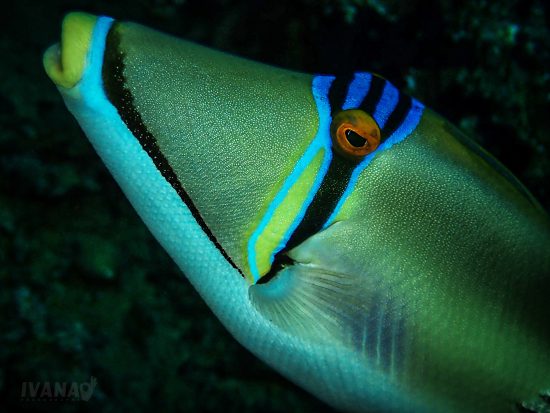 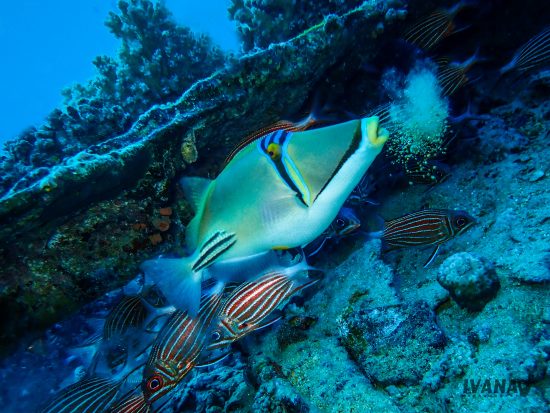 We learn something new every day. Recently I discovered that the beautiful triggerfish is also known as the Picassofish, the Lagoon Triggerfish or the Blackbar triggerfish. In Hawaii, they are called Humuhumunukunukuapua’a which means “The fish who comes out of the water and sounds like a pig” thanks to their sound making ability.

As it happens, I am quite familiar with triggerfish as I have been warned to watch out for them when diving more than once. Both males and females are known to be very territorial and protective of their eggs, and they do not like intruders in their neighbourhood. The females fan their eggs and are very useful in scaring any potential predators off. They live among coral reefs, mainly in the sandy substrate, and feed on anything edible that surrounds them. They are native to the Pacific Ocean, Indian Ocean and Australian regions, and like warmer waters (a bit like me).

When I heard the name ‘Picassofish’, I thought it was a very accurate name for them. They indeed look like something Picasso would paint, with colourful blocks of different patterns and a very distinctive angular look with the dorsal spine towards the head and a blue line above its mouth. The dorsal spines are what make this fish look fierce and scary. They can grow quite big - up to 30cm.

These fish never stop, they have a very characteristic swimming pattern, but they do sleep at night wedged into the reefs, and they do so on their side.  Their swimming pattern is very distinctive, moving in all directions, propelling themselves using specially designed fins. These fins also help to anchor them into crevices on the reef when in danger. They are also known to be quite loud and make sounds to communicate with each other when stressed.

They are currently not in danger of being overfished as they are not fished for commercially, but they are quite popular in the aquarium trade due to their beautiful “Picasso” colours and patterns. Watch out for their aggressive territorial behaviour though; they can bite when threatened!

If you're a marine biology enthusiast, why not check out these program's from our friends at SSI: 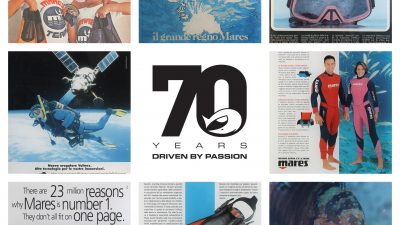