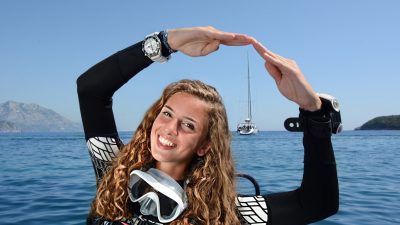 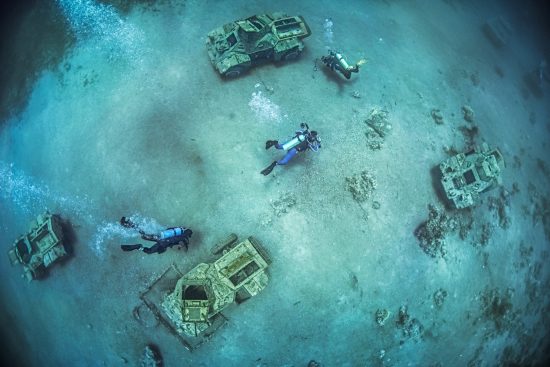 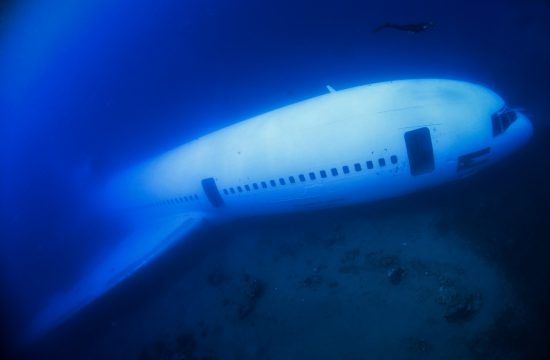 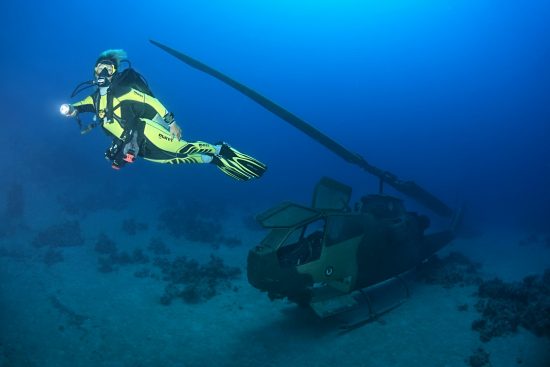 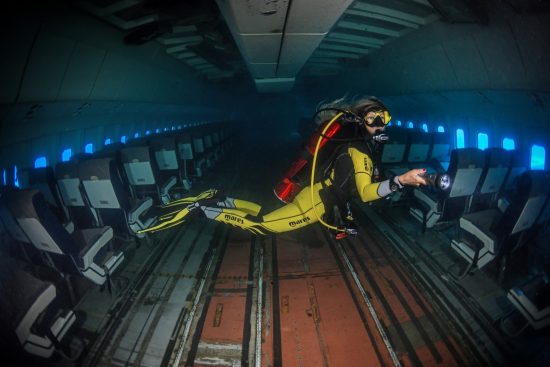 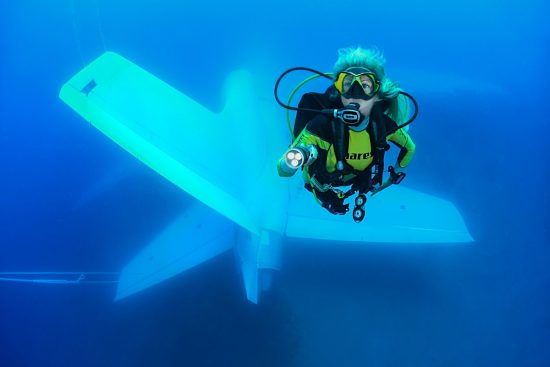 The intentional scuttling of diverse sailing objects has become a well-known practice in order to create artificial underwater reefs. Usually these objects include ships, cars or some small planes. However, objects scuttled in Aqaba recently have exceed all expectations with the scuttling of a passenger airplane, Lockheed TriStar L-1011, and the creation of an underwater military museum which includes tanks, armed transporters, cannons and two helicopters – a lot for a country with around 20km of Red Sea coastline.

The giant of the sea bottom

Lockheed TriStar L-1011 is a wide-body passenger aircraft which was abandoned at King Hussein airport following a few unsuccessful business arrangements. After some time, ASEZA managed to organize it's scuttling near the old phosphate transport port. Around twenty of the world’s renowned underwater photographers and videographers gathered to witness the occasion.

Lockheed was prepared and positioned for scuttling at the location of King Abdullah Reef on 26.08.2019. After the ceremony, air was slowly removed from the balloons and the plane started its slow, controlled descent. After 20 minutes, only the tail and part of the pilot’s cabin were above water. It landed on the sea bottom, leaving the last bubbles of air behind it.

As early as the next day, we were the first foreign divers to explore the new wreck. Gear used for scuttling the airplane, such as ropes and balloons, was still visible. It lies on its "stomach" at a depth of 16-27m.

Visibility wasn't great that day, so we had trouble taking photos of the entire plane. Lockheed is simply colossal. You need a lot of time to make a circle around it. The opportunity to visit both the passenger and pilot’s cabins, as well as cargo space, is very interesting, however the biggest surprise is that you can enter the passenger cabin through the rear engine. A truly unique diving experience. We are sure that, after the sea decorates this wreck with corals and fish, the experience of diving here will be even more powerful and something to remember.

While descending to the "Underwater Military Museum" (still not officially open) I had the impression of watching an actual military parade. At a depth of 15m, the armed vehicles are the first things to be seen. They are followed by transporters, a military crane and a sanitary transporter. Then comes the battery of anti-aircraft cannons, followed by two serious tanks and large caliber cannons. Last, but maybe the most interesting, are two Cobra AH-1 helicopters. There, at a depth of 27m, the parade ends. I have already had the opportunity of diving near objects of this kind, but the experience of going through the entire museum of once used weaponry was something special and memorable. Simply, every diver has to see this. ASEZA's scuttling project doesn't end with these. New locations are planned which will be attractive to divers all over the world and will position Jordan amongst the top tourist destinations.

With the support of Red Sea Dive Center

M. C. on May 23rd 2022
What certification was required to enter the plane? 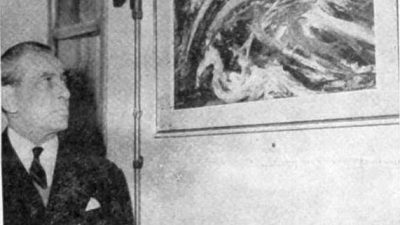