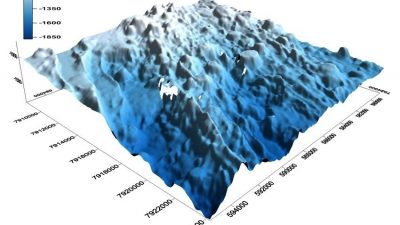 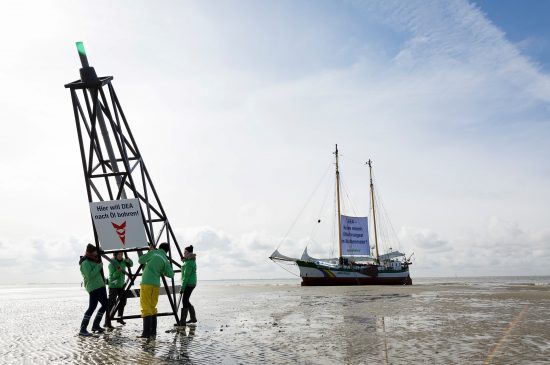 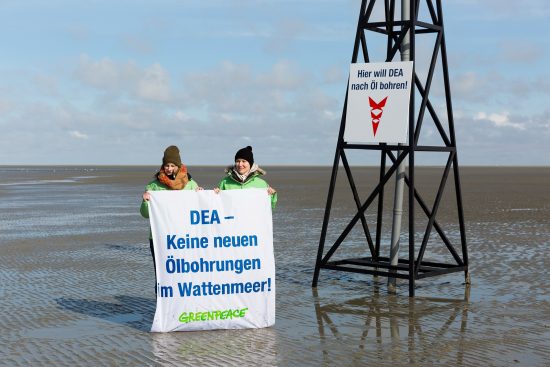 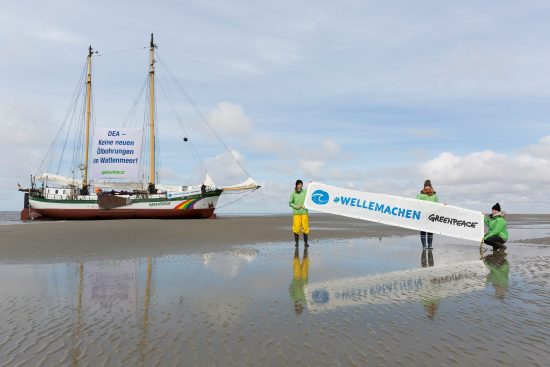 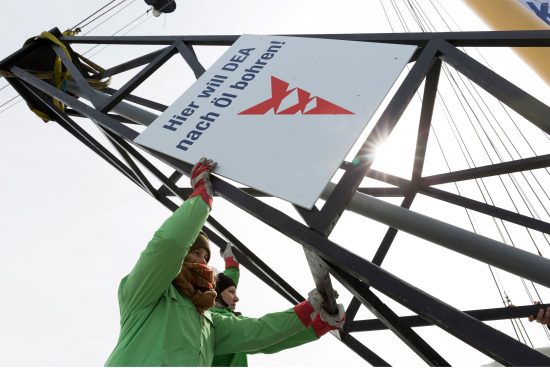 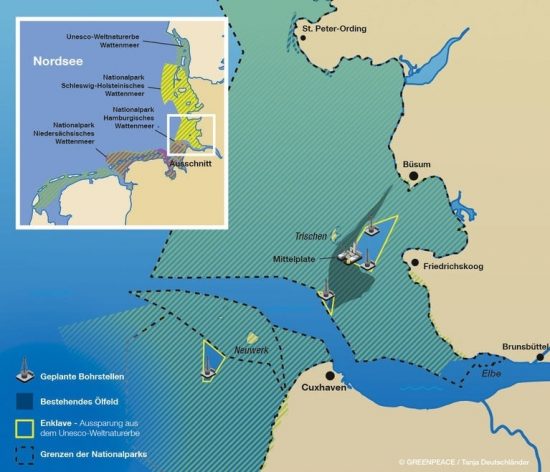 On 31 March 2016, the Greenpeace ship Beluga
II travelled to one of the proposed drilling sites near the Mittelplate oil
field to protest the planned oil drilling. As it sailed towards the site, a
banner hung between the ship’s masts read (in German): “DEA – No New Oil Drilling in the Wadden Sea”. Upon reaching their
destination, the activists erected a six-metre wooden drill tower for several
hours to visually illustrate the threat to the national park.

Jörg Feddern, an oil expert at Greenpeace
Germany, said that the preservation of nature at the Wadden Sea National Park
must not be neglected for the sake of business and that it was up to politics
to put a stop to this project.

Since 2007, DEA has been trying to obtain
permits to drill in the Wadden Sea. As of 2015, the application of four drill
sites remain pending. Whether approval is given depends on Dr Robert Habeck,
Minister of Energy, Agriculture, the Environment and Rural Areas, and member of
the Alliance ’90/The Greens party. “Anyone who acknowledges that the Wadden
Sea warrants protection cannot simultaneously allow corporations to look for
oil there,” said Feddern in German.

High price to pay for a little oil

In many instances, accidents occur during
oil drilling operations. Such accidents have devastating effects on the marine
habitat and coastal regions. In the case of oil drilling in the Wadden Sea, the
amount of oil available is expected to be just under 20 million, an amount that
would satisfy Germany’s demand for about two months.

Considering the true price that would be
paid if an oil spill were to occur, Feddern described the plans of the DEA as
high-risk at the expense of the extensive flora and fauna found in the Wadden
Sea.

More
details and background information on petroleum and the environmental concerns
can be found in the new Greenpeace report entitled Oil Report 2016.

ปั้มไลค์ on Jun 30th 2020
Like!! I blog frequently and I really thank you for your content. The article has truly peaked my interest. 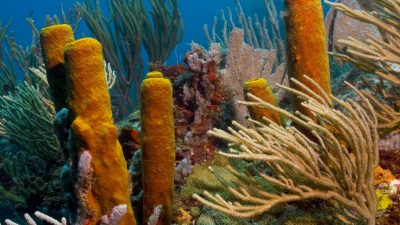