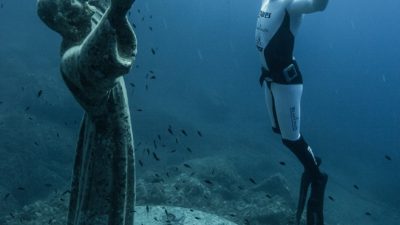 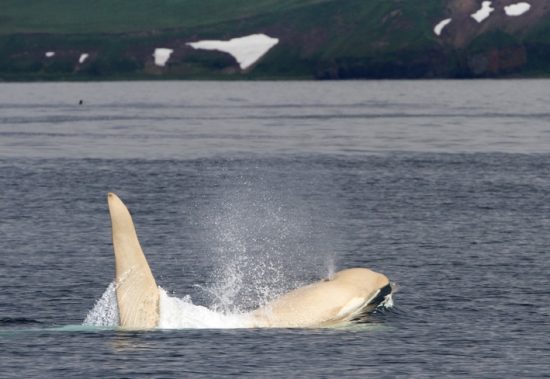 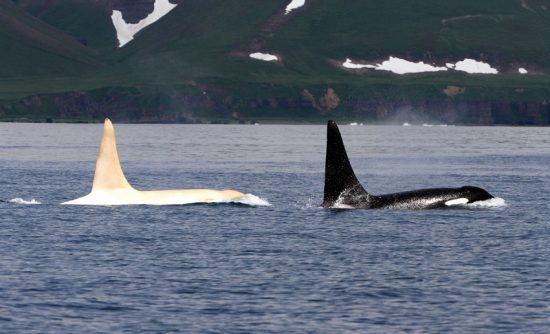 "Iceberg" the white orca has resurfaced in the Russian Far East. First
sighted in early 2012, he captured worldwide media interest as white
cetaceans were extremely rare. After that time, despite constant
monitoring for him, he had not been spotted since then – till now.

“He’s alive and healthy, still travelling with his family of 13 orcas,”
said Erich Hoyt, a marine biologist in the Whale and Dolphin
Conservation Society (WDC) and co-director of the Far East Russia Orca
Project (FEROP).

Iceberg is estimated to be at least 22 years old,
which is considered middle-aged for an orca.

However, Iceberg isn’t the only all-white orca the FEROP team has
spotted. An article in the current issue of Aquatic Mammals journal
describes how the team saw five to eight white orcas in the Russian
North Pacific, specifically at Kamchatka and the offshore islands. The
orcas, which comprised males, females and calves, were all from
different pods.

The waters of Russia are home to the largest known density of white
orcas in the world. Statistically, every thousandth orca is white. In
contrast, a white orca has never been seen in the Antarctica, where the
world’s largest orca population is found.

According to Hoyt, as orca populations are relatively small and have a
low genetic diversity, it was not surprising to witness higher
instances of individuals who are albinos but may be leucistic.

“In
terms of management, this highlights how vulnerable killer whales are
not only to environmental and human-caused factors but also to the
internal mutation load which can become a significant threat in small
imbred populations,” he continued.

“Such findings and extraordinary rare sightings remind us of the
importance of protecting these amazing marine mammals,” said Nicolas
Entrup, consultant to the international marine conservation
organisation OceanCare.

“The efforts by the team of young Russian
scientists at FEROP need to be congratulated, as they not only
contribute to research, but promote the concept of protected areas in
Russian waters despite growing pressure from amusement parks to
continue capturing orcas in this region.”

Since 2012, at least 16 orcas had been caught in Russian waters and taken away from their family groups.


Since 2000, FEROP has been operating along the coast of Kamchatka,
northern Kuril Island and Commander Islands.

Over the years, more than
1,500 orcas have been identified and placed under observation. As a
result, the team has obtained important insights into the development
of orca dialects and the use of different sounds to communicate with
one another over short and long distances.

In addition, they had
recorded rare sightings of North Pacific right whales, contributed to
the discovery of a new species of beaked whale.