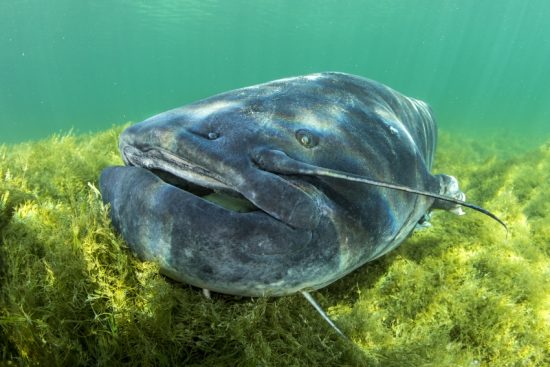 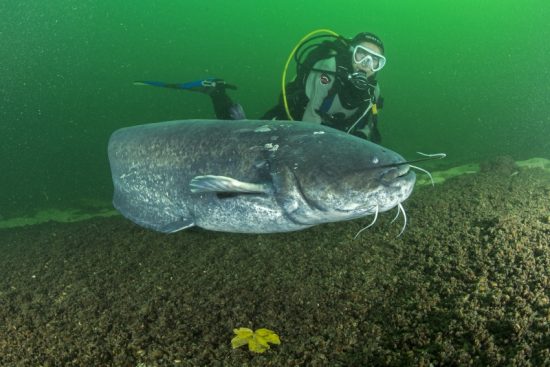 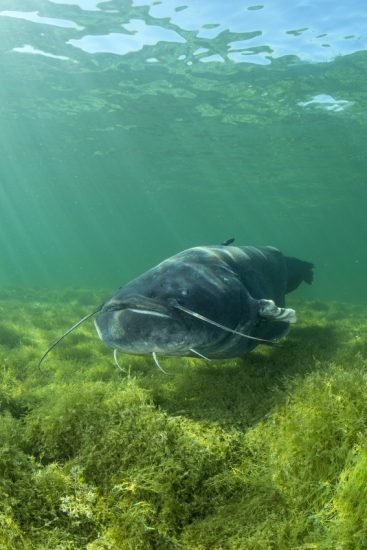 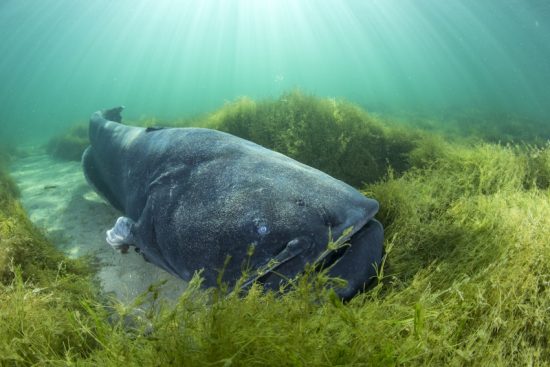 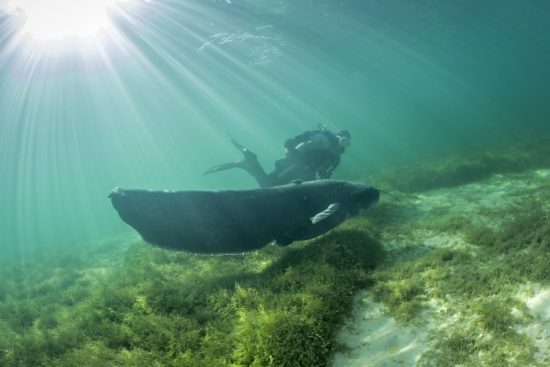 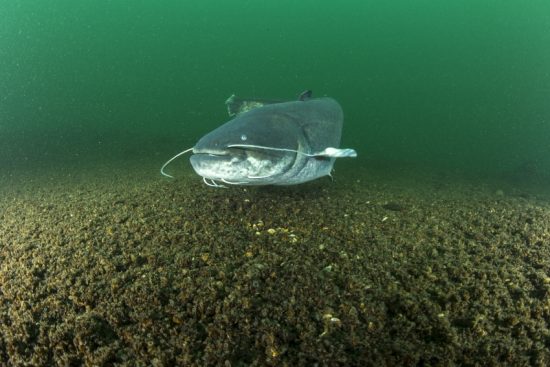 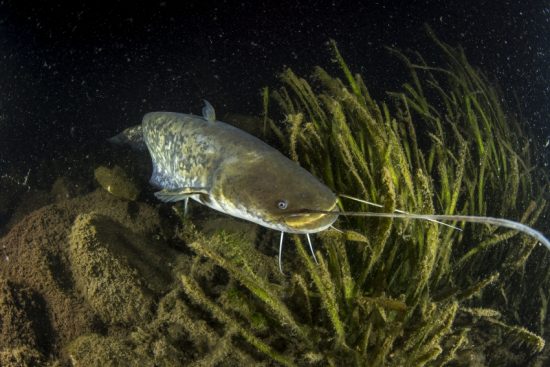 Being based in Switzerland, when I’m not travelling abroad, I like to discover what lives in the freshwaters of Europe. When I find something unusual or lesser-seen, I like to share it with my friends and followers, listening to their opinions, creating a positive discussion in which everybody can deepen their knowledge by hearing many different points of view.

I’ve always been interested in finding something different: either new ideas for photographing an already known theme, or common subjects photographed with lesser used techniques or from different points of view.

I have been diving in various rivers, lakes and ponds, looking for animals that I have seldom seen in books. I want to take pictures and show that wildlife lives everywhere, even in puddles in the backyard, not only in oceans.

Driven by my ideas, a few years ago I started looking for the Wels catfish (Silurus glanis). It is a large catfish, native of eastern Europe and Asia, that has been introduced in several areas in western Europe. With a length of up to 4 metres and a weight of over 400kg, the Wels catfish is one of the world's larger freshwater fish and it is the largest in Europe.

When I started to ask some experts about the Wels catfish, everybody said that they had seen them and they knew where to find them, but when I tried to delve deeper in to the discussion, nobody wanted to tell me where I could photograph them: it seemed like I was asking about a well-preserved treasure.

Although many consider the Wels catfish a secret that eludes men, this fish is considered a danger by many, especially to the native fish fauna. The main threat factors are their significant, rapid individual growth and the early adoption of a diet mainly ichthyophagous. Its great voracity is favoured by its body structure and size, that makes this massive fish a potential predator for any species of aquatic animal.

Anyway, after a lot of research and countless meetings with people who knew where to find these “beautiful beasts”, I was able to photograph my first Wels catfish: it was huge, almost two metres long, probably the biggest fish I've photographed in freshwater. After this first encounter, I photographed other smaller specimens. During the years, I’ve built a stock of images of these freshwater predators, with the aim of increasing knowledge about them for a future project concerning the life and importance of this animal in the ecosystems of Europe’s lakes and rivers.