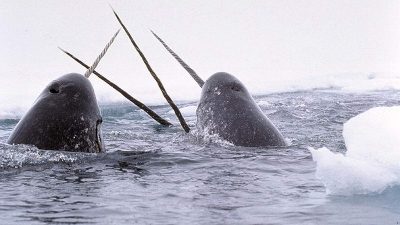 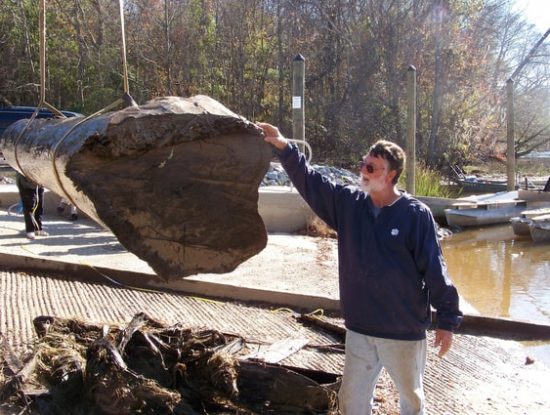 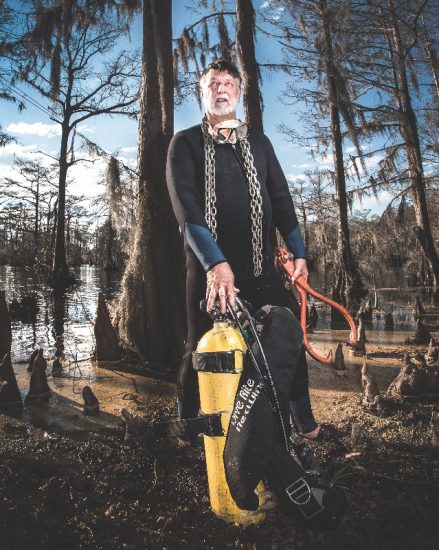 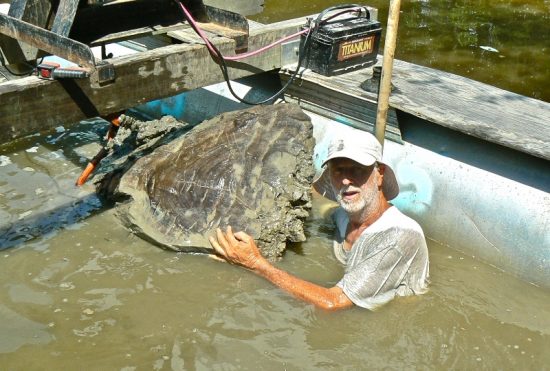 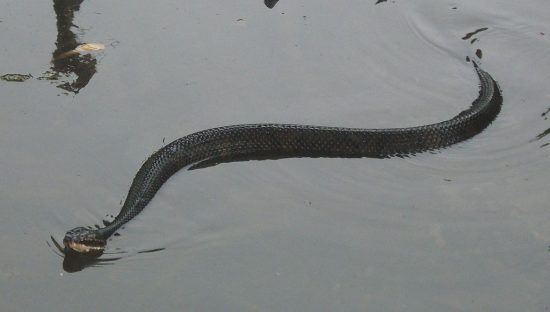 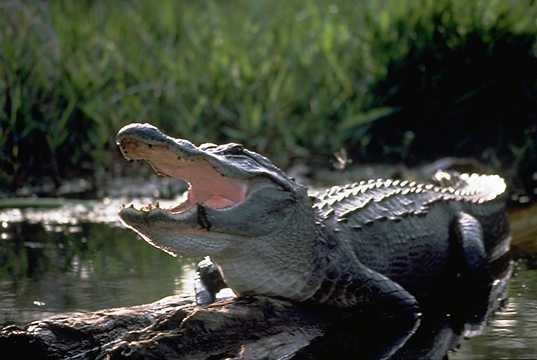 No diving for wimps: alligators are almost everywhere in the waters of South Carolina. 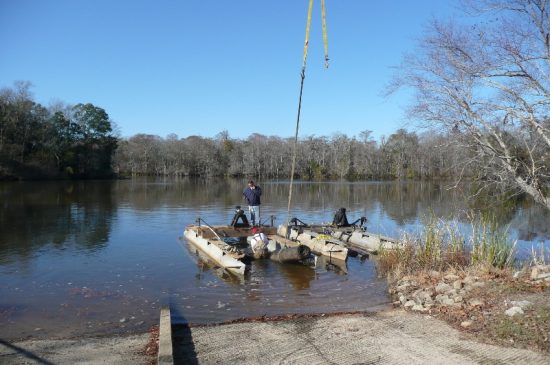 "Salvage raft" for the sunken trees 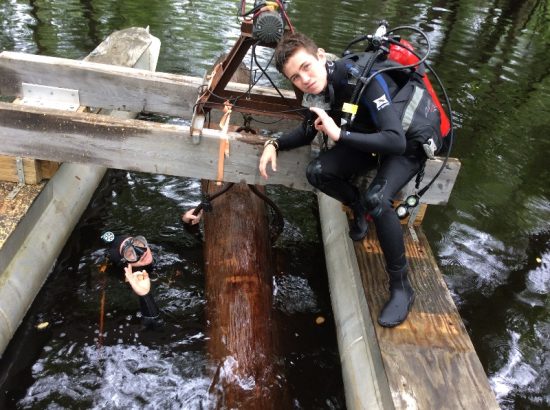 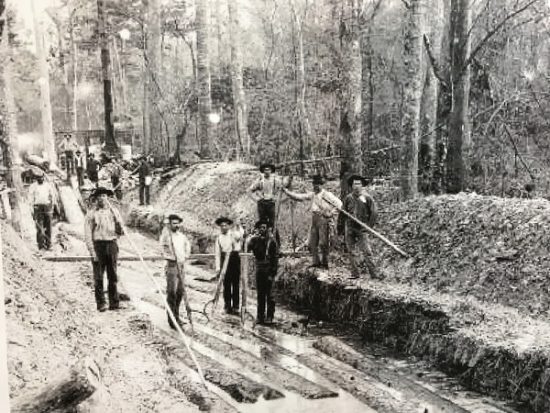 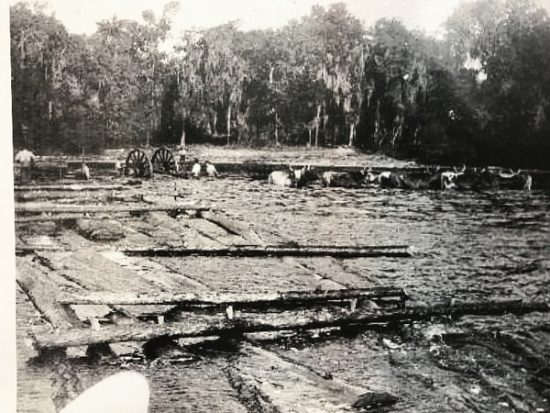 One of the historic storage ponds in front of a sawmill 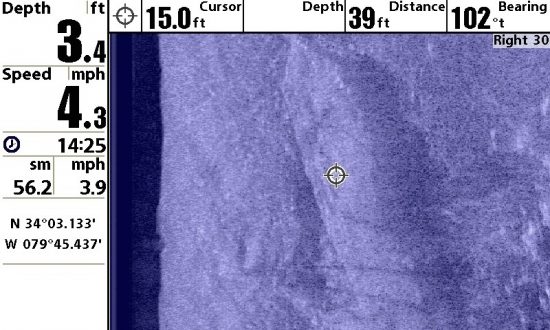 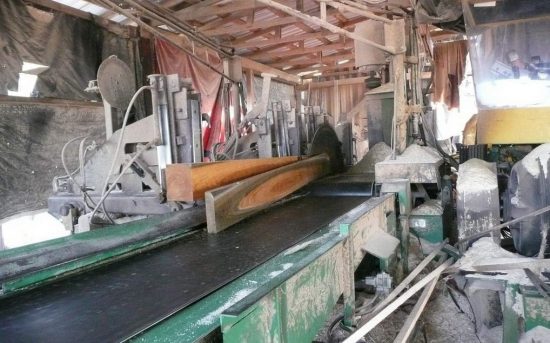 How do you describe a man who is so multi-faceted and so full of stories that you can learn all about him – if that is even possible – only in a book? At age 70, Alec Blalock is seen as something of a patchwork man in his hometown of Lee County in the south-eastern US, more specifically in Bishopville, South Carolina. First of all, he is a diver, but also a businessman, part archaeologist, part historian, but in almost everything he does, he is an adventurer. Alec is an outdoors man, preferably above or under water. And since last year, he is also the owner of a unique gallery in downtown Bishopville where artworks, cabarets, furniture, utensils and knick-knacks are designed and sold by almost 40 local craftsmen and artists.

Alec was operating his own dive business in the muddy, marshy rivers and lakes of South Carolina until a few years ago. For about 15 years, he and his scuba charter company had explored underwater „treasures“ with guests and divers. Specifically, these are historical artefacts – millennia-old fossils and, above all, teeth of the giant primeval shark Megalodon. Some of the many hundred dives Alec undertook in his home waters have been a bit rough.

"Good visibility prevailed, if you could see the glow of the dive light half a metre away; [it was] poor visibility, if you could not see the glow of the lamp," said Alec, with a big grin. In addition to the poor visibility, a brisk current is not unusual. And if you wanted to get back to the boat, you were well advised to rush over to the bottom and "latch" with a long screwdriver or hook. Excitement was always high due to the fact that these waters host large alligators and moccasins, a long type of poisonous colubrid that can grow up to 90 centimetres. According to Alec, "The moccasins are no longer the main problem because they have been largely eradicated by the alligators in recent years." Even so, no diving for wimps ...

"You have to have a very special form of ‘relaxation‘, when you are pushed hard on the dive and do not know 'what' – or better 'who' – just knocked on," said Alec. In any case, the alligators are often pretty big here, and are far “less charming” in the water than almost every type of shark.
On his numerous dives in the river tributaries and along the swamps and mangroves of South Carolina, Alec also repeatedly came across long, massive, heavy objects in the marshy river bed – logs that had been lost during transport to the sawmills near the cities. They were mainly cypresses that were felled in the vast forests along the river courses some 130 years ago. These giant trees –sometimes many hundreds, even up to 1,000 years old – were in high demand as the construction boom in the north began and wood was one of the preferred building materials.
The trees were felled by hand with an axe, limbed on the spot, and then the long trunks cut into transportable lengths. Most of the time, the rivers or canals were the best transport routes to the places where industrial sawmills dried the prized material and turned it into a sought-after building material.

At some point, Alec, who was interested in many things, became interested in the “sinker logs“ he encountered again and again at the bottom of the rivers and in the storage ponds in front of the sawmills. He then recovered one of the sinker logs and removed the decayed bark right down to the hard heartwood and had a surprise: "This wood is glorious, gorgeous and incredibly beautiful," he said. The timber, deprived of oxygen in the muddy river bed, have taken on a range of colours and grain that made it unique.
Sinkers can be found here because they had ancient, hardwood areas that were not only extremely dense but also very heavy. These centuries-old giants were sometimes lost during transport when the barks and softer outer parts were soaked with water and the hard, heavy inner wood core shed its surface. Often, this also occurred in the storage ponds in front of the sawmills, if they have been “parked” there for a long a time and subsequently sank.

Single specimens weigh up to a ton and a half and, in addition to cypresses, Alec also found pine, poplar, oak and even isolated wild cherry trunks – all centuries old and now contemporary witnesses of South Carolina's history and the turbulent times of industrialisation's building boom. "You can tell from the traces of the process, when a sinker was felled and sometimes by whom. The tracks of the axe bats and the axe shape allow for a pretty accurate determination," explained Alec, because the industrialised felling of trees with motorised chain saws or fully-automated heavy felling machines was not even in the dreams of visionaries at that time.

By the time Alec‘s plan to salvage that sunken wood for very special projects had taken shape in his never-ending workshop of ideas, one of the creators of GB Inc. contacted Alec. GB stands for "Greater Bishopville" and behind it was an anonymous patron who had donated a million dollars to revitalise the centre of the little community with not more than 3,200 souls (residents). And Alec was on fire right away, giving up his Scuba Charter operation to start something new. The Swamp Log Artisans Gallery is one of the real attractions of Lee County's small district capital and now attracts many visitors.

Alec obtained the necessary licences to salvage the old tree giants and is now one of the few hand-picked experts to bring this part of South Carolina's sunken history to light. According to an old law, anything that has spent more than 100 years in the waters of South Carolina automatically belongs to the state. But Alec wanted to make money not only with this great resource, but also to give Bishopville a new attraction. Meanwhile, the diver was gathering nearly 40 local artists and craftsmen, to create their traditionally made products (most of them made from the sinker logs recovered by Alec and his team), at the Downtown Gallery Offer Bishopville.

There are cabinet makers, turners, painters whose wooden frames are made of the historic sinker wood, as well as lamp designers and toolmakers and even an instrument maker. Because so many different creative people work together here, this gallery is also supported by a very special spirit. If you walk through the gallery, you breathe in the creativity and history. And a principle common to all is borne especially by the initiator of this unusual cooperative: to create something that lives on from a special material and then as a finished product, it is something that can accompany a family for a long time or across generations, be it a dining table, musical instrument, lamp or picture, contrary to the many soulless mass-produced products of our modern throwaway society.

It is clear that it takes a great deal of manual labour to create such special works of art that end up as the finished products in the Gallery. But the preliminary stages are as elaborate as well. When Alec and his team set out to extract a sunken tree giant from the river, despite having the experience of several hundred salvaged sinkers under their belt, it is important to never lose attention and concentration in the difficult and dangerous salvage operation.

Meanwhile, the sinker experts have specially made pontoons with two powerful floats that can operate in the shallow areas of the rivers. The dive team is still required to catch the sinker using big steel cleats and chains, amidst bad visibility, strong currents and changing conditions. Once such a giant is hooked, it is lifted by the pylon's winch and towed to the crane port, where it is finally taken out of the river. Everything else is then a “crafting process“: the peeling of the soft bark, the careful drying of the sinker and finally the sawing of the trunk. And when Alec sees the uniquely grained boards, he feels a little proud and looks forward to the treasure that will emerge from it.

Only one thing would sometimes annoy him a little, he admitted openly: "It sometimes frustrates me that I'm so talentless in some areas." By this, he means that he cannot paint, cannot sing and has never mastered any musical instrument. And unlike the artists and craftsmen of the gallery, he lacks the manual skills to deal with wood, as well as mechanical and technical skills. Displaying much modesty, he likes to keep mum about the fact that the whole project would not have even started without him. Alec Blalock, a professional with a rough exterior and a specialist in heartwood, is just a multi-faceted talent man embodying the integration of many individual parts into one big masterpiece – truly a real patchwork man…

ปั้มไลค์ on Jul 18th 2020
Like!! Thank you for publishing this awesome article. 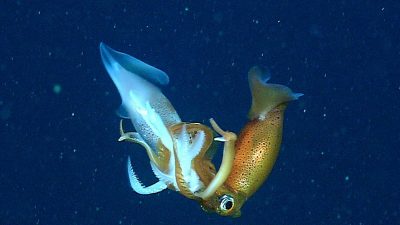