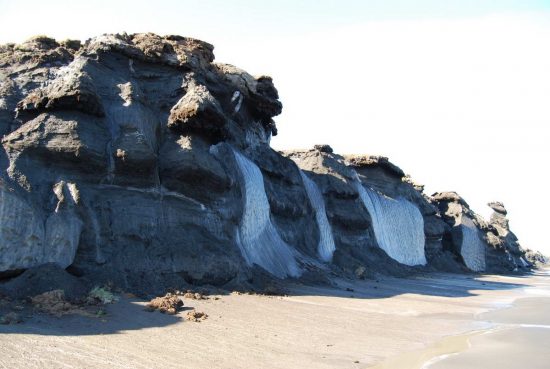 Pictures of the eroding cliffs of the small, Russian island of Muostakh, located to the east of the port city of Tikisi (c) Thomas Opel 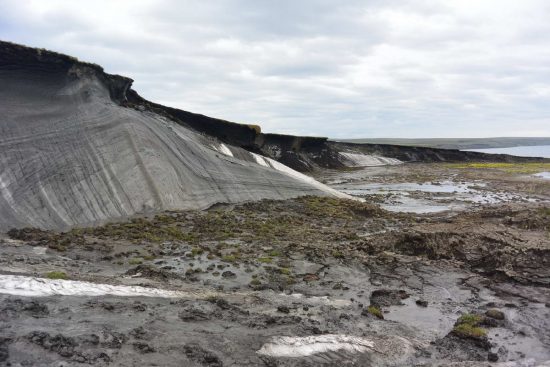 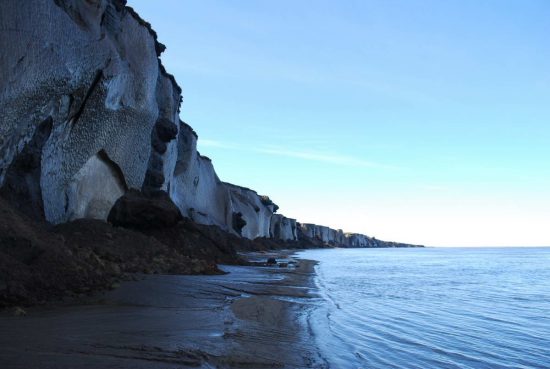 A 35-metre high wall of ice and frozen sediments, photographed on the island of Sobo Sise in the Lena Delta, Siberia (c) Thomas Opel 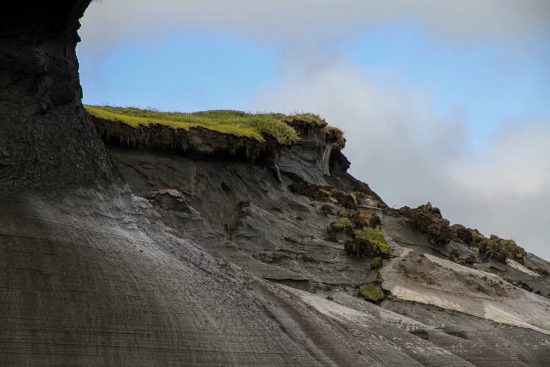 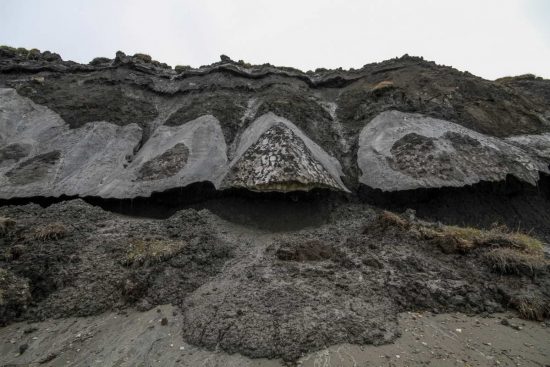 Permafrost makes up a quarter of the land mass in the Northern Hemisphere. The advent of climate change means that Arctic coasts are thawing and eroding at a faster pace, releasing even more greenhouse gases. A large EU project, coordinated by the Alfred Wegener Institute Helmholtz Centre for Polar and Marine Research (AWI), is looking into the consequences of this for both the global climate and the people living in the Arctic. But that’s not all: working together with residents of the Arctic region, the researchers will also co-design strategies for the future to help them cope with climate change.

Considering the sheer size of permafrost areas, it is clear that their impact can be felt worldwide. A quarter of the land mass of the northern hemisphere consists of these soils that have been frozen for millennia. About one-third of the world's coastline is in the permafrost region, which spans Alaska, Canada, Greenland, Scandinavia and Siberia. Researchers have known for many years that permafrost is thawing at an increasing rate due to climate change. However, the consequences of this for the global climate and the local people is still unknown. In the EU project "Nunataryuk", scientists from 27 research institutes will intensively explore the permafrost areas along the coasts over the next five years. The unique aspect of this is that they will work extensively with local communities to learn how they will cope with the thawing permafrost.

Permafrost soils consist partly of ancient frozen plant remains. If they thaw, they are broken down by bacteria, causing large amounts of the greenhouse gases carbon dioxide and methane to be released. This thawing may thus increase climate change in the future. However, the impact of this on the global climate cannot be predicted yet, as the chain reaction of thawing permafrost has not been fully understood. So far, in mathematical climate models, only thawing has been simulated. "The models view the permafrost as a uniform field, thawing from the top down, but that’s too simple," said AWI geoscientist Hugues Lantuit, who coordinates the EU project. "For example, on coastlines, permafrost is increasingly crumbling due to the effects of waves. The Arctic coastline is now receding by more than half a metre every year. The models don’t take this into account." Today, the thawed soil with its carbon and nutrients is increasingly being flushed across the streams and rivers into the Arctic Ocean. That too is not being considered.

In addition, there is a big unknown factor: In the Arctic, there are large permafrost areas that lie under the sea and are permanently flooded. These shallow regions have been flooded by rising sea levels since the last ice age. The extent to which these areas could thaw with climate change is still unknown. According to Lantuit, “In the project, we will for the first time feed a comprehensive map of this area into climate models." To measure how much greenhouse gases are being emitted from the coastal areas and the sea floor, the quantities of carbon dioxide and methane in the air will be measured from aircraft and helicopters. "Only then will it be possible to assess more accurately in climate models how much thawing contributes to the greenhouse effect," he added.

Today, people living at the coasts of permafrost areas are already affected. If the ground softens, the foundations of their houses will be weakened. Water pipes may break. In some places, gas or oil pipes may leak. The soils are being polluted. As more organic material from the permafrost reaches the sea through the rivers, the marine environment would be altered. A positive consequence is that the food supply for marine animals – particularly for fish – may increase. It is also conceivable that the organic material may cloud the sea and worsen the quality of the water. In addition, pollutants or pathogens that had been frozen in the ground for millennia may enter the surrounding sea.

As a symbol of this unusual kind of cooperation between an international research team and indigenous people, the EU project is called "Nunataryuk." In the language of the Inuvialuit, who live in the west of the Canadian Arctic, the term means "from land to sea.” The nearest equivalent word in English is "coast".

ปั้มไลค์ on Jun 28th 2020
Like!! Really appreciate you sharing this blog post.Really thank you! Keep writing. 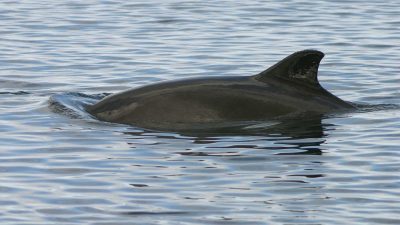