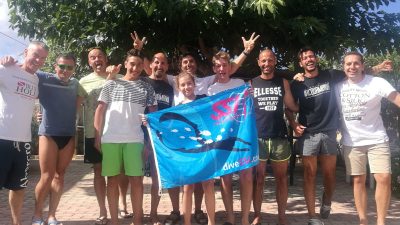 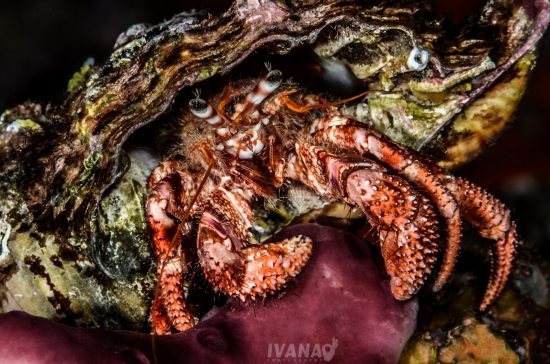 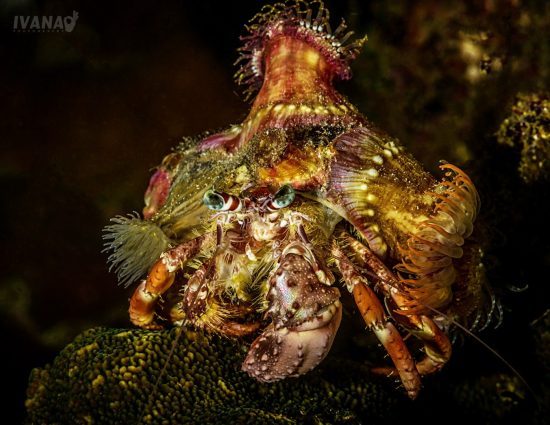 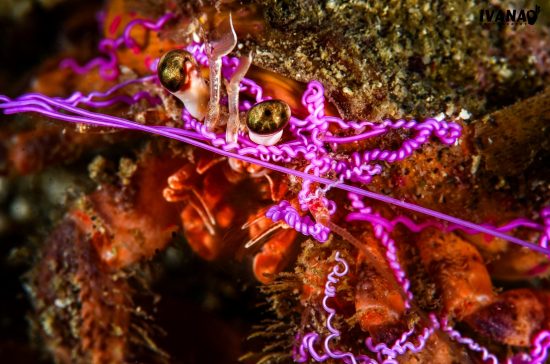 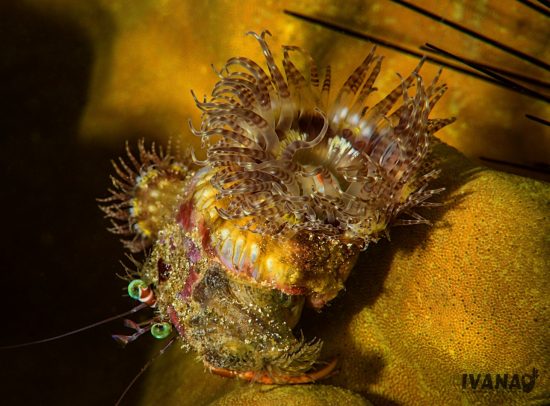 Hermit crabs are decapod crustaceans which, like other members of this order, have segmented bodies and very well developed eyes, claws and legs. They are mostly a marine species with just one freshwater species.  While decapods have to shed their carapace when they grow, hermit crabs just change their home for a bigger size and moult only the front parts of their body parts covered in armour. While it is usually easy to tell male and female crabs apart due to the shape of their abdomen, this is only possible in hermit crabs if they are out of their shells, which does not happen often.

There are over 1,100 species of hermit crab with the Common hermit crab (surprise!) being the most common.  Their most distinctive feature, other than their size, is their larger right claw covered in sharp pointy spines (tubercles). Small hermit crab species (Diogenes pugilator) have the opposite claw larger, or maybe they are just left clawed. They can be found worldwide in both shallow and deep-water seabed habitats. They are light orange in colour, with red or brown markings depending on species. They are long living animals, known to live as long as 30 years.

They move into the most suitable shells they can find and use their larger claw to cover the entrance when in danger. Their abdomen is coiled into a shape that fits snugly into a vacant mollusc shell with the last pairs of legs modified into hooks to hold onto it and support the shell. Hermit crabs are not fussy when it comes to food, while they can hunt, they are also common scavengers that eat whatever is available but won’t go hungry and are happy with filtering food directly from the environment.

Some hermit crab species can be seen living with other organisms. The Anemone hermit crab is a perfect example of symbiosis with an anemone which is used as a shell substitute, it provides a safe home while the anemone gets moved around and gets easy access to food. This interesting pair stay together for life.  Some crabs can be found with a little bit of fur growing on their shells. It is another example of symbiosis but this time with a hydroid called rightly a Hermit crab fur where the crab uses the hydroid’s stinging cells as weapons, and the hydroid is moved around instead of sitting in one place waiting for food.

Like humans they take their time and are very careful about picking out their dream home. They have a good look around and conduct an inspection of any of the perspective houses available on the market before they commit themselves to one. In some habitats it is hard to find the right shell and hermit crabs have been found inhabiting litter that they have found discarded by people. Often a perfect hermit crab house ends up being a souvenir
from holidays and the poor crab needs to settle for a less suitable home. Therefore, the next time you’re thinking of bringing a nice shell back with you from your holidays, think twice, you might be taking a nice house from an awaiting crab that will end up living in a piece of plastic. A sad turn of events indeed, hermit crabs living in plastic do not look as nice as hermit crabs in shells. 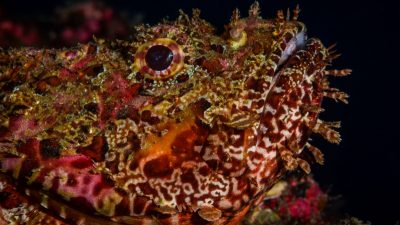 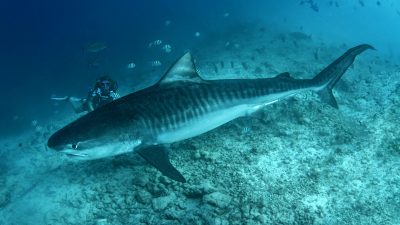 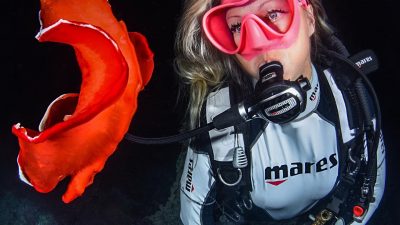