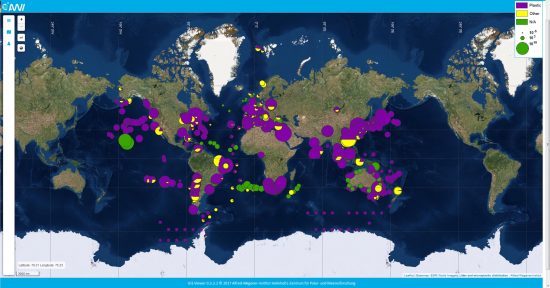 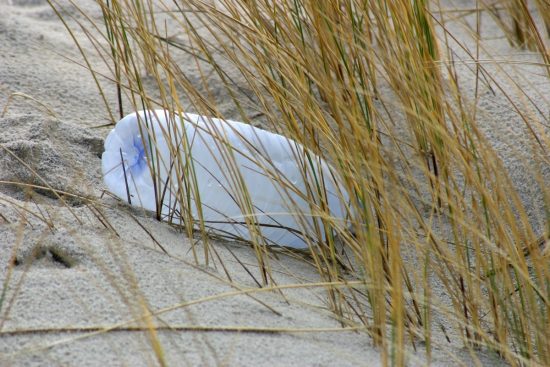 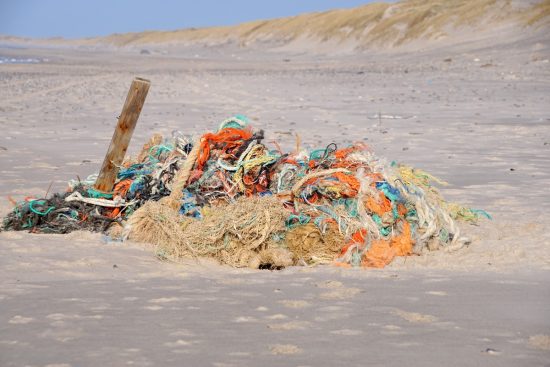 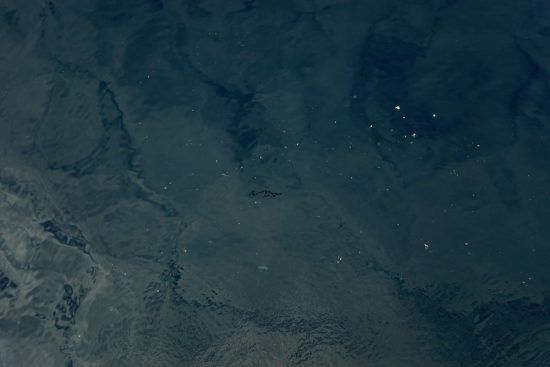 AWI researchers use a multicopter to capture large garbage from the air. In the middle of the picture you can see plastic waste under water. This section of the image (flight altitude of 20m) corresponds approximately to 15m x 15m. (c) Multicopter Kamera, AWI-Tiefseeg 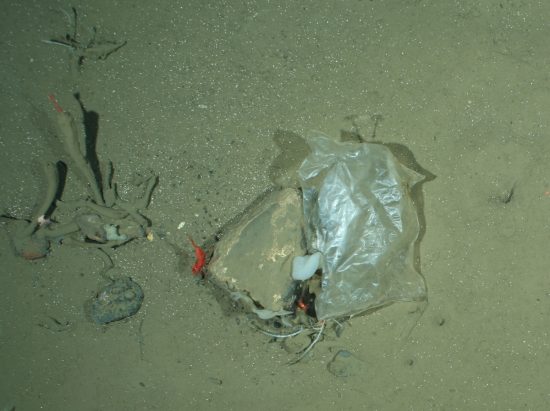 Plastic bag at the HAUSGARTEN, the deepsea observatory of the Alfred Wegener Institute in the Fram Strait. This image was taken by the OFOS camera system in a depth of 2500 m. (c) Melanie Bergmann, OFOS

New online portal LITTERBASE compiles all data in one location

Where is litter at sea and which
species and habitats does it affect? For the first time, scientists
from the Alfred Wegener Institute (AWI) have compiled all published
scientific data in a comprehensive database at an online portal called
LITTERBASE.

At www.litterbase.org, the scientists highlight the distribution of
marine litter and its effects on organisms in global maps. In addition,
the graphic evaluations are updated regularly, showing how seabirds and
fish are affected by marine litter.

Currently, it has been discovered that 34 percent of organisms studied
have consumed litter, 31 percent live on or in it, and 30 percent are
entangled in litter (data as at 23rd March 2017). The number of studies
is constantly increasing, and currently stands at 1,221.  As the
database is updated, the number will change.

“In LITTERBASE, we have for the first
time analysed all the groups of organisms studied in connection with
marine litter and presented them in a map,” said AWI's Dr
Melanie Bergmann in German. Having studied litter in the deep sea for
years, the biologist worked with Dr Lars Gutow and Mine Tekman to
develop LITTERBASE. The team was motivated to develop the portal
because previous summaries of scientific data were sometimes not
considered because different research groups measured the data
differently.


“Our global maps also show data in
different units, but we have also introduced a criterion, so units can
be filtered separately. For the first time, this makes it easy to
compare the values of the same unit of waste in different regions or
habitats,” explained Dr Gutow in German. “At
the same time, LITTERBASE also has an enormous scientific value. Our
database can enable us to analyse and better understand the global
volume and distribution patterns of garbage in the oceans.”

Dr Bergmann explained that the maps documented where scientists have found litter. “This
information is also very important to show where there is more
research. For example, the global map indicates that there have been
numerous studies in the Mediterranean, indicating that this is probably
one of the most heavily congested regions. For Africa, the open seas,
or the Dead Sea, however, little or no studies are available so far, so
little is known about the litter in large areas of the oceans.”


Dr Gutow, Tekman and Dr Bergmann were surprised that, in their literature search, marine waste was described everywhere: “Many
of these findings are partly hidden in publications, which are not
really about litter, but about the coral gardens of the Mediterranean
or other anthropogenic influences at the seafloor like fishing,” said the AWI researchers.

As Melanie Bergmann explained, “In
my literary research for LITTERBASE, I came across a wealth of old data
on litter in the Antarctic, which the Antarctic Treaty states regularly
collected. In addition, in the 1980s, the consumption of microplastics
at the start of the food chain was investigated in the midst of
research into different plankton groups and single-celled organisms.
LITTERBASE thus also brings back “old”, partially forgotten knowledge
to light.” 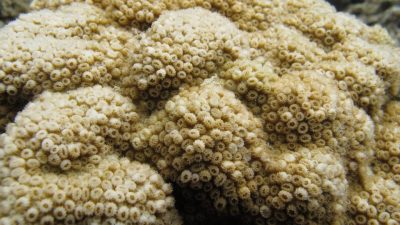